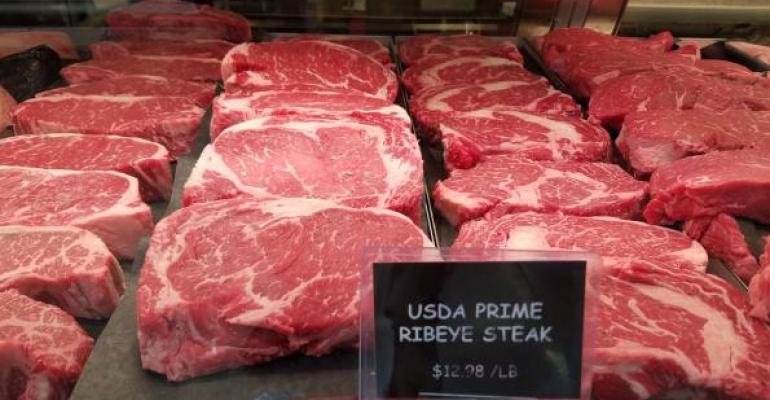 A Sam's Club store aimed at capturing more of its shoppers' high-end and luxury purchases is proving successful in a test mode, and providing "a look into the future of where we could go with our business," Roz Brewer, CEO of the Wal-Mart Stores-owned membership warehouse chain, said in remarks at the retailer's annual investment community meeting last week.

Sam's Club earlier this year unveiled a number of changes to a club in Bentonville, Ark., with an eye on catering to wealthy shoppers — from swapping out opening price points for five-figure jewelry items to a massive deli counter with U.S. Prime meats and upscale meal solutions. Though the store remains in test mode, "we feel pretty confident about 70% of that building can be replicated across the nation," Brewer said.

Sales at the test site since the revamp are up by 4% despite deflation pressures, driven by higher shopping frequency and smaller average baskets, Brewer said. "And while we've elevated the assortment, we didn't really see a negative impact to our core customer and that's important to us. We want to make sure that our basics remain strong and that we provide them an opportunity to really be an aspirational shopper."

Inside the test store, Brewer said the deli and prepared foods area, known as Living Fresh, is contributing approximately half the new sales growth, while a newly launched drive-up pickup area is also contributing higher sales.

Brewer said Sam's Club would spend about $700 million in capital expenditures next year, about the same as the current year. Like its sister stores under the Wal-Mart umbrella, Sam's will focus most of its capital on remodeling existing stores, including what Brewer called "enhanced remodels" that will replicate at last some of the merchandise and feature offers premiered at the Bentonville test club.

"We're accelerating our price/value relationship with our members and we're also doing our part to grow the food business in the U.S.," Brewer added.

Walmart to investors: Investments will be worth it
Oct 06, 2016