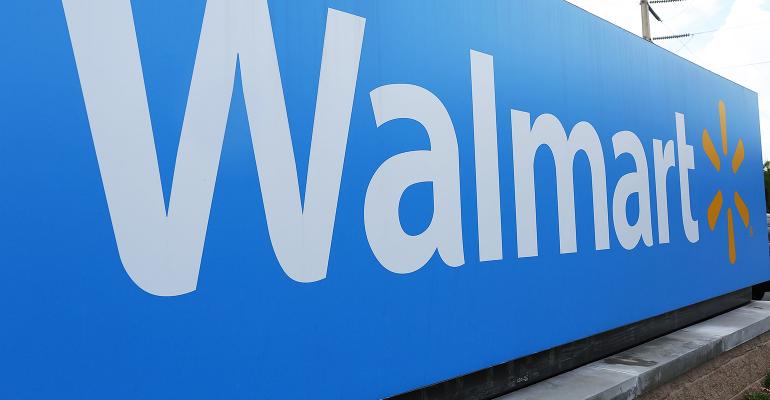 Memo: Merchants to be ‘more involved’ in supplier business

A plan to change how Wal-Mart Stores manages its relationship with suppliers is being met with trepidation by some vendors who say they are already weary of cost concessions to the big retailer.

Walmart late last week told its grocery suppliers of intentions to change its sourcing structure whereby Walmart merchants and sourcing managers would become more deeply involved in supplier businesses, including their cost negotiations and business relationships, and by spending more time at their farms and factories.

In a memo issued to suppliers Friday, the Bentonville, Ark.-based retailer said the changes would “help us cultivate stronger strategic relationships with our valued suppliers, realize faster speed in decision making through improved communication channels, and unlock new innovation to delight our customers.”

The structural changes come on the heels of reports that Walmart’s replenishment department was among the areas affected by a round of 1,000 corporate layoffs expected to be complete by the end of the fiscal year Jan 31. Walmart’s memo to suppliers did not include mention of job cuts but said it would be “redefining specific roles and responsibilities” within its merchant, sourcing, and replenishment teams in coming weeks.

Walmart has been looking to lower internal costs as it digests a $3 billion acquisition of Jet.com, and offsets expenses to improve store conditions, pay higher employee salaries, fund e-commerce investments, and offer lower shelf prices in stores. Officials have previously identified sourcing as an area of opportunity to generate investment in price. Around 200 replenishment jobs were being cut, according to a local report, which said they were related to implementation of a more efficient order management system.

“Our objective is to simplify the way we work and to allow Merchants, Sourcing Managers, and Replenishment associates more time to do what they do best — support our customers’ needs. As such, we are adding Merchants and Merchandise support teams in Bentonville,” the memo said. “Your Merchants will be more involved in managing supplier relationships including supplier business assignments, cost negotiations, and longer-term strategic initiatives. Sourcing Managers will be more involved in collecting and evaluating agro-intelligence, and will spend more time at farms and facilities engaging key players in your organization.”

Walmart said it would communicate further with vendors in coming weeks “to provide more details related to the changes and the roles your teams will play in adopting these new ways of working.”

One supplier contacted by SN, who asked not to be identified, interpreted the message with a sense of caution, saying it could put additional strain on relationships already tested by Walmart’s demands for cost concessions and relatively slow sales growth.

“For this to work it will take trust, and I believe all suppliers felt leveraged by Walmart after term negotiations. Relationships are about as strained as they have been since the Fleming era,” the source said, referring to John Fleming, Walmart’s chief merchant from 2007-2010 when the retailer’s since-abandoned “Project Impact” initiative introduced radical changes and dropped brands.

In general terms, the source said, suppliers are also worried about what they perceive to be growing support for private label at the expense of brands, and slow sales growth at Walmart.

“Improved communication and decision speed are minor issues compared to these,” the source said.

Another supplier agreed with Walmart that the change would reduce complexity and improve efficiency, expressing frustration with uninformed “finance guys” negotiating prices.

“That said, I suspect suppliers will feel like this new structure is mainly designed to get a better cost of goods and the buyer has the most leverage to make that happen,” the source added. “Suppliers will feel they are not getting credit for recent concessions and that growth in their business at Walmart has been tepid.”