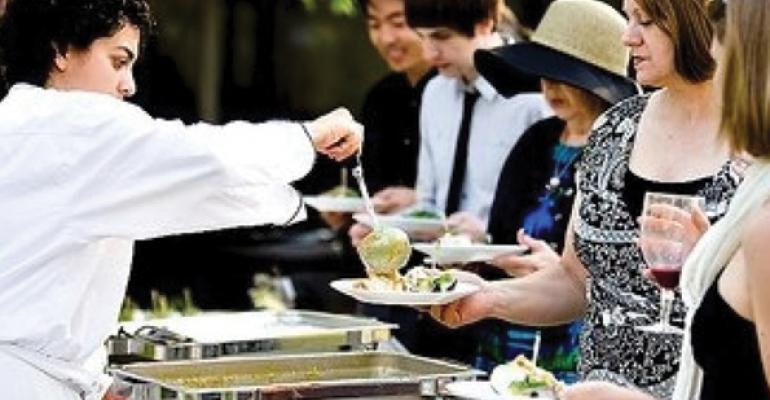 Consumer tastes are notoriously fickle — one day it’s pork bun sandwiches, the next it’s artisan pickles. Restaurants have always struggled to keep up with these changing preferences, but rather than just update their menus, they’re now rolling out new concepts that are just as short-lived.

The business equivalent of finger food, pop-up restaurants are establishments that operate for months, weeks or mere days before closing up shop. The fare ranges from ethnic to specialty cocktails and farm-to-fork, and can be staged anywhere from a city rooftop to the middle of a field. The only limitation is with the creativity of the chefs and entrepreneurs who run them.

Having first “popped” up several years ago in London, pop-ups have since moved stateside and undergone a rapid expansion. Diners in New York and Los Angeles can keep up with the almost weekly openings, everything from chef Ludo Lefebvre’s latest to BrisketTown Texas-style barbecue, which pre-sold more than 2,500 pounds of brisket prior to its opening this summer. In Denver there’s Hush Concepts, which stages meals at various locations throughout the city, while in Kansas City an outfit called Vagabond recently offered a high-concept take on greasy fair food.

“Consumers are always interested in trying something  new, and when they see a restaurant pop up they immediately think, ‘Hey, I’d better try this,’” said Darren Tristano, executive vice president at restaurant research firm Technomic, based in Chicago.

There’s a lot for operators to like, too. Chefs enjoy the creative freedom of catering to adventurous diners and not having to do the same concept twice. There’s also the low overhead costs, which are particularly attractive when considering that opening a traditional restaurant can cost hundreds of thousands of dollars.

“Your overhead costs are definitely a lot less,” said Renata Dos Santos, founder of LIME, an underground supper club based in Charleston, S.C. “And we use a different location each time and are able to save money that way rather than taking on a lease.”

Started in 2010, LIME hosts themed dinners centered on local, sustainable ingredients. One recent gathering featured an all-goat menu, complete with goat meat and cheese hors d’oeuvres and even a cocktail made using goat’s whey. The location of the meal changes each time, with diners who sign up informed via email two days prior. The events host anywhere from 40 to 100 guests, with tickets costing around $100 per person. A portion of the proceeds goes to local charities.

Aside from the food, Dos Santos and her team try to create an ambiance at every location, carefully decorating the space and offering side events like auctions.

“It’s not just about the food. It’s about creating a whole new dining experience,” she said.

Dos Santos admitted the concept can be unpredictable. Sometimes kitchen equipment at the location doesn’t work. One outdoor event was so hot, half of the guests ended up going in the nearby pool and dining poolside.

“It can be unpredictable, but that’s part of the fun,” said Dos Santos.

For supermarkets, opening a pop-up restaurant may be a stretch given their operational model. Still, Whole Foods Market this summer opened what it called a pop-up farmstand in Wainscott, N.Y., featuring products from local stores and perishable items supplied by the company.

The better opportunity, Tristano believes, is in supplying the pop-ups, many of whom don’t have the scale or regularity of schedule to work with a distributor.