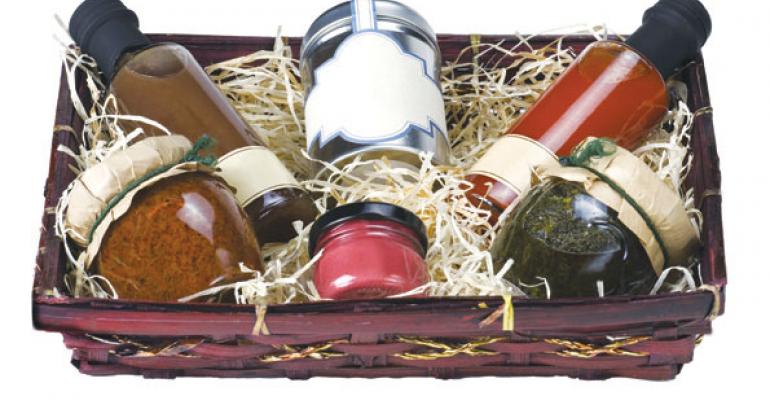 Of course, not all of the products succeed. In order to land on supermarket shelves, they need to prove themselves in other venues first. Consumer demand needs to build to a threshold, and manufacturing and marketing capabilities have to be proven before a large conventional retailer takes them on. It is a process that normally takes years.

The rules have changed, however. A new era of overnight sensations and extreme competition requires retailers to put aside caution and begin actively recruiting small manufacturers. They are taking an active role as talent scouts and product developers, hoping to find the next big whole health brand — before anyone else.

“People are taking their talents and trying to modify them in some way to fit the marketplace, and I think the industry is starting to take notice,” said Caleb Zigas, executive director of La Cocina, a San Francisco-based “food incubator” that helps low-income food entrepreneurs develop and market their products to supermarkets like Whole Foods Market and Bi-Rite.

Last month, Wal-Mart announced “Get On the Shelf,” an “American Idol”-like contest where entrepreneurs submit online video pitches for their products and shoppers pick the winners. The first round of voting takes place sometime this spring; a second round determines the top three finalists and eventually a grand prize winner, whose product will appear in limited release on Wal-Mart shelves and on the company’s website.

Though more a public relations move than long-term sourcing strategy, Get On the Shelf nonetheless highlights the quirky, the useful and the bizarre. Early entries to the contest include a high-protein ice cream for weightlifters, designer boots for dogs, and a water bottle with a built-in flashlight.

“We already have dozens of Michigan-made food products from larger companies, but this initiative provides an opportunity for smaller businesses to be able to sell their products,” Meijer spokesman Frank Gugliemi told The Associated Press.

With its decentralized sourcing structure that focuses on regions of the country, Whole Foods is uniquely equipped to accommodate start-up manufacturers. Company buyers are constantly meeting with natural and organic entrepreneurs eager to get their products on shelves. Since 2005, Whole Foods has offered more than $5 million in microloans to promising companies.

In San Francisco, La Cocina has relationships with several area supermarkets. Zigas said grocery buyers frequently check in with him to see what his clients are working on.

“Whole Foods can come to us and say they’re looking for a certain type of product and we can send them people we might have who fit the bill,” he explained.

Dealing with so many small producers can be loads of work for a retailer, but the upside is finding the next “it” product. Loren Brill knows this firsthand. She started making tubs of Sweet Loren’s all-natural frozen cookie dough in her Brooklyn apartment back in 2007, eventually landing distribution in two New York City Whole Foods stores. Then last year Brill’s cookie dough won first prize in The Next Big Small Brand contest, a competition for East and West Coast food entrepreneurs. As part of the winnings, Brill received updated packaging, kitchen equipment and six months of public relations representation.

Now, Sweet Loren’s appears in all New York City-area Whole Foods stores and will soon expand to 24 locations throughout the Northeast. National and regional competitors are inquiring, too.

“It really propelled me into a legitimate small business rather than just a good idea,” said Brill.

There are numerous other leg-up opportunities out there for aspiring manufacturers. Awesome Food, an organization whose trustees include a chef, a journalist and a cookbook author, offers a $1,000 no-strings-attached grant each month to a company or cause with a compelling health and sustainability mission. Kickstarter.com lets entrepreneurs pitch their products to online voters, who can contribute money towards the ones they like best. If sellers reach the preset funding goal within the time limit, they keep the money. If not, funds go back to the voters.

“There are a lot of people out there who have interesting, creative ideas and just need a little nudge to help them realize those ideas,” said Jeff Potter, spokesman for Awesome Food and author of the bestselling book “Cooking for Geeks.”

Whether those great ideas can survive and scale up at retail is often hard to say. Brill noted that the challenges of going to market — long hours, the steep initial investment, stiff competition — chase away many promising manufacturers. Those entrepreneurs that do find wider distribution, though, are often driven by a desire to bring healthful change to the industry.

With their low overhead and unlimited shelf space, online retailers have become a perfect match for many food startups. Established sites like FreshDirect and Peapod are offering more local and artisan goods — everything from gourmet yogurt to goat cheese. Others, like Abe’s Market and Gilt Taste, have sprung up recently to sell niche brands exclusively.

Online or brick-and-mortar, though, the challenge is still the same: finding great products. Abe’s co-founder Richard Demb said he employs a team of scouts to seek out new offerings and invites manufacturers to apply directly to the company.

“As long as they can make a good product consistently, we’re happy to work with them,” said Demb.