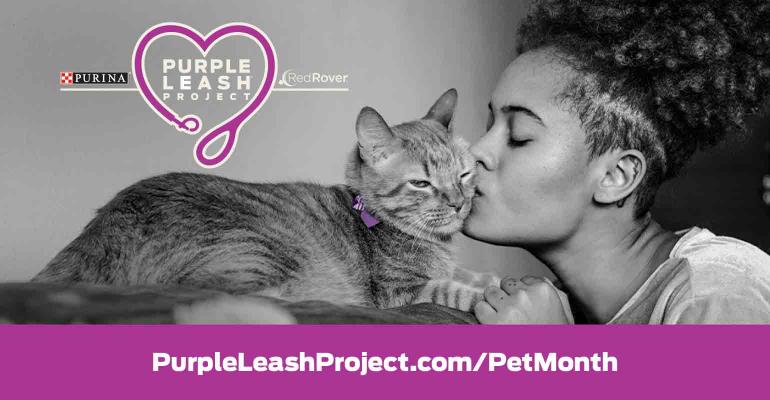 Help us keep domestic violence victims and their pets together

For more than 90 years, Purina has been guided by the belief that pets and people are better together. I can attest that my own dog, Stew, has made my life better, and I cannot imagine having to choose between his safety or my own. Unfortunately, that decision is being made every day by domestic violence victims who want to leave but can’t because there is no safe place to go with their pets.

According to the National Coalition Against Domestic Violence, 71% of pet owners entering domestic violence shelters report that their abuser had threatened, injured or killed family pets. This is why nearly half of survivors will delay leaving abuse if they cannot take their pets with them. As few as 10% of domestic violence shelters in the United States accept pets, and we want to change that. We envision a world where no one is trapped in abuse because they can’t take their whole family with them.

The inspiration for what developed into the Purple Leash Project came nearly seven years ago when one of our associates read about the difficult decision that many domestic violence survivors with pets were being forced to make. It didn’t seem fair that pets, who may be the only source of unconditional love and support for a victim, weren’t being considered when it came to sheltering survivors. So, we decided to help.

After working to support New York’s largest domestic violence shelter for many years, in 2019 Purina took the step to make a national impact by creating the Purple Leash Project. In partnership with the national nonprofit RedRover, our goal is to raise awareness of the issue and increase the number of pet-friendly domestic violence shelters in the United States. And we have committed nearly $1,000,000 to support the cause.

In addition to offering grant support for shelter upgrades, Purina is donating pet food, supplies and other resources for pet owners escaping abuse. We’re also advocating in D.C. for more federal resources for domestic abuse survivors with pets. Since 2019, Purina and RedRover have gifted 21 grants totaling more than $375,000 to help equip domestic violence shelters to receive and care for pets, leaving survivors with more options when trying to flee a dangerous situation.