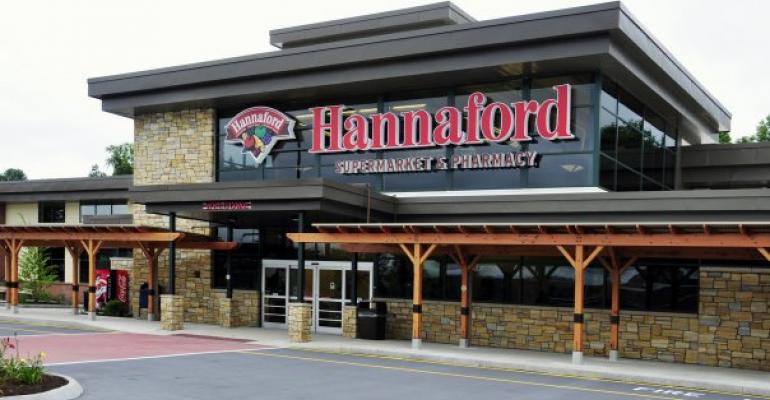 The Belgian half of the forthcoming Ahold-Delhaize juggernaut is hurtling toward the merger behind strong U.S. sales. Delhaize Group on Thursday reported continued sales momentum and profitability at its Food Lion and Hannaford banners during the second quarter.

U.S. revenues grew by 3.2% in local currency, supported by comparable store sales growth of 2.5%. Comps were positive at both Food Lion and Hannaford stores, although offset by deflation of 0.9% during the quarter, Delhaize said.

Muller noted the comp improvement at Food Lion was its 11th consecutive quarter of comp growth, fueled in part by investments in the brand including the “Easy, Fresh and Affordable” remodeling initiative. That program is coming to the chain’s stores in Raleigh, N.C., later this year.

U.S. underlying profit margins improved to 3.9% from 3.7% in the same period last year. Profits were helped by lower benefit costs, improved sales momentum and the timing of the July 4 holiday, but offset by continued price investments, costs of remodels and higher shrink at Food Lion. Shrink and labor expenses were down since the first quarter at Food Lion, officials noted.

Muller said a newly launched program to revamp price signage would help Food Lion better communicate prices to shoppers and continue sales momentum on the heels of price investments. “I think we should get more rewards for our performance in store and for our pricing proposition,” he said.

Companywide, Delhaize produced quarterly revenues of around $6.7 billion (U.S.), an increase of 3.2% at identical exchange rates.