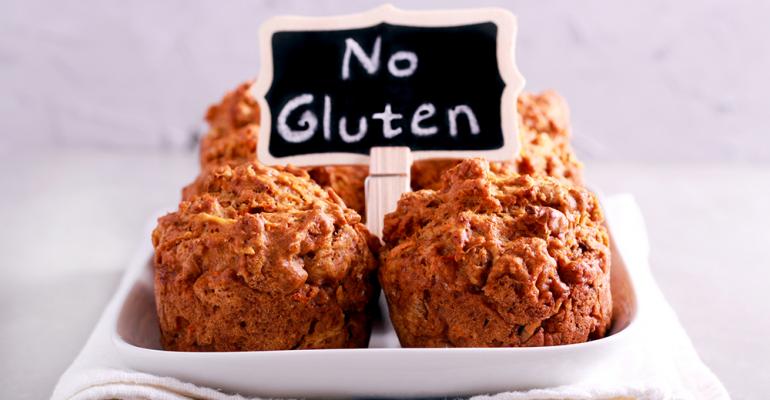 Most retailers don’t have the option of installing a gluten-free bakery, so partnerships make sense

Gluten-free shoppers with a sweet tooth can place an order at a Dorothy Lane Market bakery, and get a fresh-baked red velvet, carrot, chocolate or other gluten-free cake the very next day.

The cakes are delivered to Dorothy Lane without icing by a nearby gluten-free bakery called Bites of Nostalgia. Once Dorothy Lane receives the cakes, its bakers take special storage precautions to prevent cross-contamination. The cakes are then decorated by special order by Dorothy Lane’s bakers.

“We open a fresh container of icing and decorate it in a thoroughly cleaned area,” said C.A. Diltz, the gluten-free specialist at Dorothy Lane Market, Dayton, Ohio. 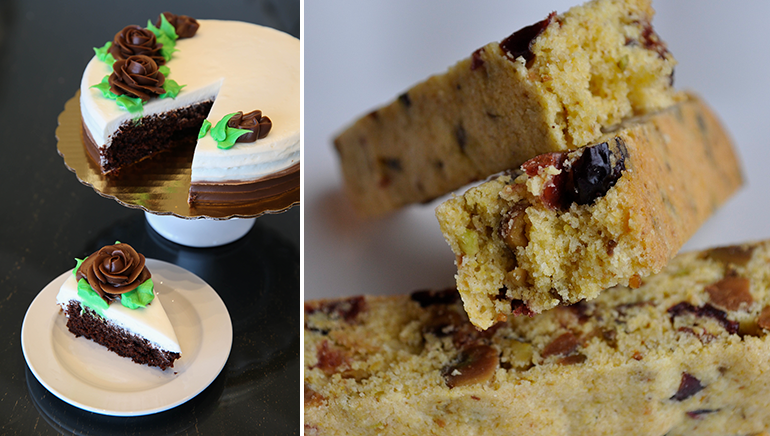 Chocolate cake with buttercream frosting and cranberry-pistachio biscotti are among the baked goods Dorothy Lane offers from a local gluten-free bakery.

The partnership has enabled Dorothy Lane to cater to gluten-free shoppers — and attract more shoppers to its stores, according to Diltz.

While a few retailers, including Coborn’s and Whole Foods, have opened dedicated gluten-free bakeries, that’s not an option for most. That’s why more chains are seeking out partnerships like the one Dorothy Lane has with Bites of Nostalgia and other gluten-free bakeries.

Dorothy Lane is in good hands with Bites of Nostalgia because its owner, Jessica Vu, personally understands the needs of gluten-free shoppers. Vu got involved in the gluten-free business in 2013 after she was diagnosed with celiac disease. At the time, she was supplying traditional biscotti to Dorothy Lane, which merchandises it in its bakeries and coffee houses. After her diagnosis, Vu changed her biscotti recipe to gluten-free. Dorothy Lane initially didn’t advertise the recipe change. But after biscotti sales remained strong, it realized shoppers could not tell the difference between the original and the gluten-free recipe.

The partnership soon expanded to cakes, cupcakes and more. Bites of Nostalgia now delivers to all three Dorothy Stores several times a week.

Dorothy Lane takes special precautions when handling the cakes from Bites of Nostalgia. All cakes are stored in a clearly marked cake box on the top shelf of the fridge. All tools and surfaces are thoroughly washed, and a new container of icing is used for each cake. Vu described the process as a simple tweak to the retailer’s existing food safety protocols.

“This does not require an earth-shattering training session,” she said. “Many retailers think it’s more involved than it actually is.”

Shelf-stable gluten-free baked goods are more readily available in center store, but many contain preservatives, said Vu. So having fresh-baked goods in the bakery can set a supermarket apart from the competition when it comes to wooing gluten-free shoppers, said Vu.

“If supermarkets want to be part of the fast-growing gluten-free market, they need to carry products that reach out and pull in that customer into their stores,” she said.

A matter of taste

While fresh-baked products are key, they won’t sell if they don’t taste good. Vu of Bites of Nostalgia said her products have the same taste, texture and flavor as traditional baked goods.

“My products shatter the notion that gluten-free products are tasteless and have an off-texture,” she said. “A lot of people don’t even know they are gluten-free.”

Indeed, taste is the driving factor behind consumer purchases of gluten-free foods, according to a study by the Gluten Free Media Group, which runs the Gluten Free & Allergen Friendly Expo in 10 cities every year. Of 16,000 gluten-free consumers who participated in the survey, 65% cited taste as their No. 1 priority when making a purchase. Sampling is key, as 92% of respondents said they would be more likely to buy a product if they were able to sample it first.

“Regardless of price or health concerns, if a product doesn’t taste good, consumers don't want it,” said Laura Gruninger, spokeswoman for the Gluten Free Media Group.

Food retailers that sell tasty gluten-free baked goods will benefit by attracting an increasingly powerful consumer group. If there are gluten-free items in the bakery, it makes it easier not only for gluten-free consumers, but also for shoppers who may only have a few family members that are gluten-free, and are interested in a wide range of baked goods, Gruninger said.

Along with Dorothy Lane, plenty of other retailers have partnerships with gluten-free bake houses. For instance, The Fresh Market, Stop & Shop, Giant, Martin’s, Giant Landover, Food Lion, Hannaford, Shaw’s and Shop Rite are among the retailers that buy from Goodman Gluten Free, Madison, Conn.

The company sells packaged gluten-free cupcakes, muffins, cookies and breads, as well as just-launched hamburger and hot dog buns. The company plans to launch bagels in the fourth quarter.

The company’s founder and CEO is Bob Goodman, who has spent 40 years in the food business, 30 of those as a food broker. Upon his retirement in 2014, he was troubled by the lack of good-tasting, premium, gluten-free in-store baked goods.

“There were plenty of products on the market, but most didn’t taste good,” Goodman said.

So in May 2015, he launched Goodman Gluten Free, a clean-label gluten-free packaged bakery line. Goodman’s products are made in a dedicated gluten-, dairy-, soy- and peanut-free facility. All recipes are made with clean, natural ingredients.

“Retailers can be confident that our products are premium, and made without any cross-contamination,” he said.

Once retailers place an order with Goodman, they are typically delivered by a wholesaler. Most retailers merchandise Goodman’s products on display tables in front of the bakery. This process makes it easy for bakeries to cater to gluten-free shoppers, said Goodman.

Such partnerships can be a success, as long as in-store bakeries take special precautions when handling packaged baked goods they receive from an outside bakery, according to the Gluten Intolerance Group, Auburn, Wash., a consumer support, advocacy and education group.

First, retailers need to ensure that goods come into the store prepackaged and sealed by the manufacturer/supplier.

“The in-store bakery should not open the package in any way when they receive it to avoid any type of cross-contamination,” said Lola O’Rourke, GIG’s education supervisor.

They should also keep it on a specific designated shelf to help avoid cross-contamination.

“If they follow those steps, the items should remain safe,” said O’Rourke