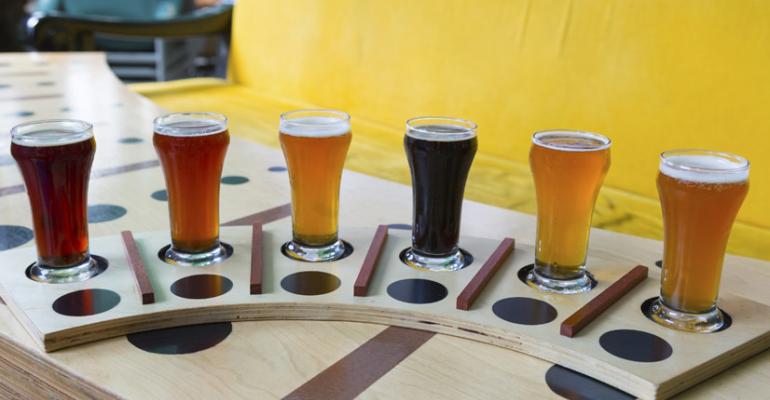 Skyrocketing craft beer sales and increasing demand from drinkers are creating a shortage of a key ingredient: hops.

Hops give beer its bitterness, and craft beers use significantly more than commercially made brews, reports The Indianapolis Star.

Flavor is king in the beer boom. Ann George, administrator of Washington-based Hop Growers of America, said craft brewers average 1.2 pounds of hops per barrel, compared with just a fifth of a pound for the big production brewers.

Craft beer sales in 2013 grew by 20% over the previous year, according to the Brewers Association, an organization of professional and home brewers. It now accounts for $14.8 billion of the $100 billion beer market.

Hops are grown primarily in moist climates of the Pacific Northwest, according to the Brewers Association. In Washington state, farmers increased production last year to keep up with demand, harvesting more than 54.9 million pounds of hops, up 13% from 2012, according to  U.S. Department of Agriculture figures cited by the Tri-City Herald.

Until recently, most hops farmers grew alpha hops, which act as a bittering agent in beer, according to The Seattle Times. Now, however, craft brewers want aroma hops, which give their beer distinctive citrus, floral or earthy flavors. Aroma hops can be more difficult to grow because they are more sensitive to heat. Some varieties did not thrive in last year’s hot summer in the Pacific Northwest.

Increased production would help relieve the shortage, but CBS News reports that it's not that easy.

You'd think farmers would be jumping into hops to meet the demand, but it's a bit more complicated than that. The initial investment for a hops farm can hit $250,000, The Associated Press reports. And then there's the wait -- the plants need up to five years to hit full production.