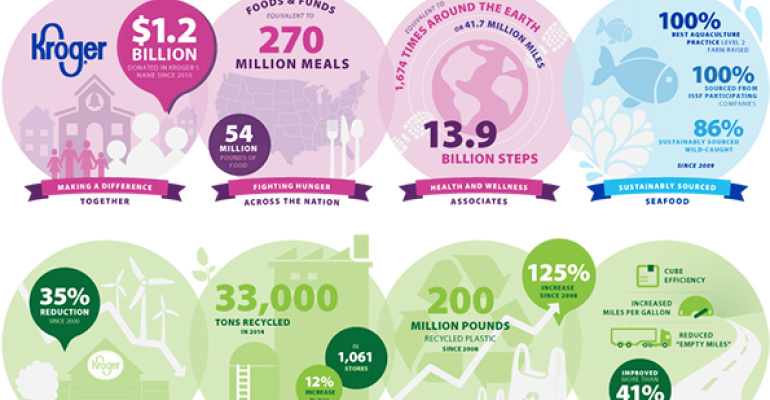 Kroger Co.’s ninth annual Sustainability Report highlighted the impressive social and environmental progress the retailer has made since 2009. For example, $1.2 billion was donated in Kroger’s name over the last five years, and the company produced 2.4 million kilowatt hours of energy from solar power in 2014.

At the same time, the report revealed a few fascinating facts about the company as a whole:

1. Kroger produces about 40% of the corporate brand units sold in its stores. The company owns 37 manufacturing plants, which churn out products for brands like Simple Truth and banner-specific PL products.

2. The retailer is the largest florist in the world.

3. In 2014, Kroger paid over $1.6 billion to shareholders through dividends and stock buybacks.

Here are a few more highlights from the report (click image to enlarge): 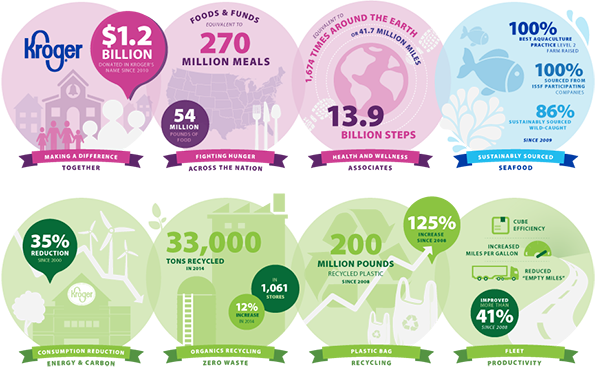