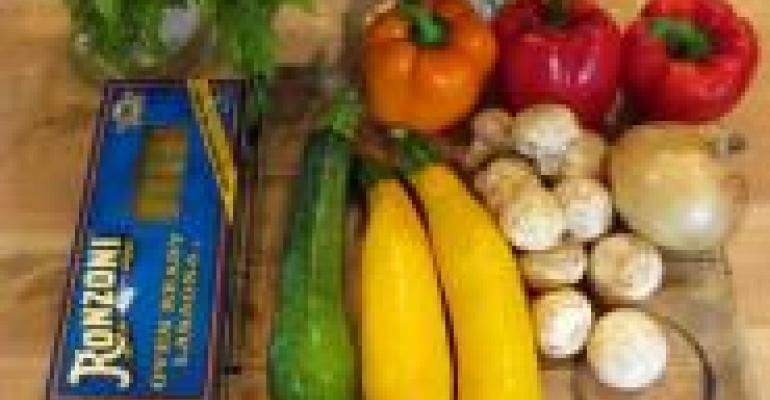 Ever try the “Meatless Monday” thing? Take it from me, it’s not as bad as it seems. After a weekend of burgers, pepperoni pizza, and restaurant appetizers, it’s not horrible to scale back and go one day without beef, chicken, pork, lamb, buffalo, emu — whatever your protein of choice.

The idea first appeared in 2003 as a non-profit effort partially funded by animal welfare groups, with assistance from the Johns Hopkins’ Bloomberg School of Public Health. Since then, going meatless periodically garners attention as new initiatives are launched in which vegetarianism is a component.

That’s what’s happening right now. Ingrid Newkirk, the president of People for the Ethical Treatment of Animals, wrote to the White House to ask whether President Obama and his family would consider participating (that would put First Lady Michelle Obama’s organic garden out back to good use, now, wouldn’t it?).

There is also a perennial effort, which peaks every August just as the back-to-school bells start ringing, to reform school lunches as offered under the Child Nutrition Act. Some public health and food advocacy groups want the government to overhaul the menu to include more meatless options.

Are supermarket retailers seeing any kind of shift? Going meatless for at least one day a week seems to be catching on, for several reasons. Some Americans are doing it out of necessity — they just can’t afford meat protein right now. Others are concerned about the nutritional profile of today’s food animals growing up with added hormones, antibiotics and the like.

Still others avoid meat because of their belief in animal rights. Such vegetarians and vegans obviously go way beyond the Monday suggestion and make every day meatless.

No matter the reason, I think American consumers might be more open to the idea of Meatless Mondays than ever before — particularly if the option is spicy, interesting and filling. What’s great is that retailers don’t have to take an ethnical or political stance in merchandising non-meat dinner ideas…. though they may have to explain their thinking to the meat and seafood department.