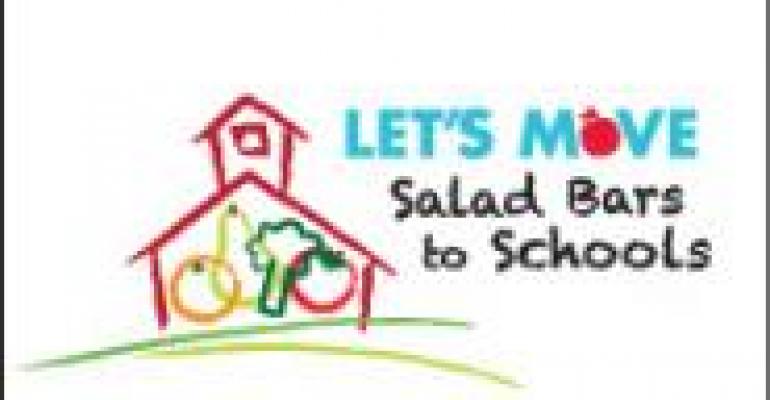 This afternoon, I attended the Consumer Insights session on “Igniting Consumption” where Produce for Better Health President and CEO Elizabeth Pivonka and PMA Vice President of Government Relations and Public Affairs Kathy Means spoke about several current programs that both suppliers and retailers can use to help encourage produce consumption.

As Means pointed out, getting kids in the habit of eating more fruits and vegetables at an early age is a goal that pretty much everyone in the room could get behind. “What we want to do here is create customers for life,” she said. The return on investment is “enormous” she added, explaining that the average salad bar touted by the program costs $2500.

The program's website now includes a great new feature that allows schools around the country to express their interest in a salad bar donation. Interested donors can then search for schools in their area by zip code.

During a brief discussion period, several people at my table got into a conversation about some of the logistical challenges that still remain for a program like this. Many school districts have contracts with large foodservice suppliers that may not offer a wide variety of fresh vegetables to keep the salad bars stocked. And, sometimes school-level staff have expressed concerns about the extra labor involved. Pivonka stopped by our table and listened in, and noted that these are some of the reasons that it's important to have an advocate for the program working at the school to ensure it gets off the ground properly. The website feature that connects donors directly with those interested parties is a great idea for a great program.