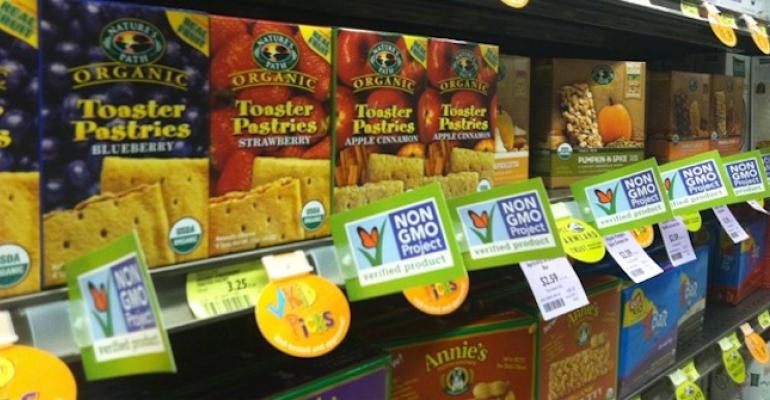 Is a National GMO Law the Best for Consumers?

Efforts requiring manufacturers to label products made with genetically-engineered ingredients failed in California and, more recently, New Mexico. But the push for transparency lives on in other states, namely Washington, where a ballot question has been proposed, once again pitting consumer activists against big CPG companies and retailers.

With such scenes playing out with more regularity, even opponents to GMO labeling have realized that this state-by-state (or, even worse, city-by-city) fight is going to be long, messy and expensive. It was no surprise when we recently read that nearly two dozen major food companies met with the Food and Drug Administration and the leaders of the labeling campaign to discuss a compromise on Jan. 11.

The conclave sets up the next move, which is federal legislation, and that will happen this week in Colorado, when U.S. Rep. Jared Polis (D-Boulder) announces the introduction of a bill that would require food containing genetically modified organisms to be clearly identified in all 50 states.

According to a press release issued by Polis’ office, “The bill states that consumers have a right to know whether the food they purchase contains or was produced with GMOs. It also defines GMOs and provides civil penalties for violations.”

Given recent developments, there’s no reason to think the bill won’t pass. This is pretty much what every statewide campaign has been seeking. It’s also something many manufacturers have been expecting. Could victory for labeling proponents be at hand?

Yes. And yet... We live in a world where no one gets something for nothing. There’s always a catch. What could possibly be detrimental to the passage of a national GMO-labeling law?

One drawback is compromise. Don’t misunderstand me. Compromise is essential to getting anything passed and enacted. Compromise makes the democratic world go round. But now that the discussion has reached the federal level, where concessions are mandatory, there’s a real danger that powerful lobbying efforts will insert loopholes, exceptions and clauses that dilute the power of a plain and simple goal: Labeling of food products containing GMOs.

An insightful blog post I came across puts a name to this danger: Preemption. As an example, the author cites the federal effort to get menus labeled. Sure the bill was passed and signed into law, but now it’s facing challenges as the FDA tries to frame legislative intent into workable policy. That’s liable to take a long, long time.

The same threat faces GMO labeling if it follows the same legislative path, as surely it will. Forward-thinking manufacturers and retailers (including Wal-Mart) would be smart to accept the final result and then move swiftly to implement changes as an act of good-faith transparency. That’s all consumers want. It’s not all about GMOs. It’s about the access to information. Any efforts to stall or block implementation of a GMO labeling law will only invite renewed scrutiny from consumer advocacy groups. Any company supporting a federal labeling law needs to realize that the time for such tactics will have passed. By signing on in agreement, CPGs will have to adopt the slogan created by supporters: Just Label It.

[Image courtesy of the Non-GMO Project]