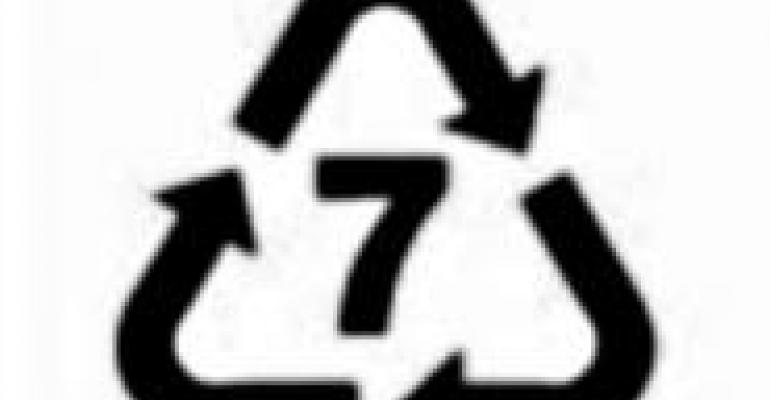 There’s been on-again, off-again bursts of public awareness of bisphenol A, or BPA, a chemical found in everything from plastic water bottles to can linings. However, safety concerns continue to mount, and one can only expect consumer pressure against using the compound to build.

Research in recent years has fingered it as an endocrine disruptor, able to mimic human hormones in a way that can cause serious health problems. It’s being investigated for its role in promoting cancer and other health conditions. On March 29 of this year, the Environmental Protection Agency classified BPA as a "chemical of concern." And just weeks ago, Canada declared BPA a toxic substance, the first step that many anticipate will eventually lead to an outright ban.

That consumers would want BPA out of their food and beverage containers is understandable and expected. But the investment community? Wall Street? If you’re a green investment fund, the answer is also “Yes.” Green Century Capital Management, an investment advisory firm focused on environmentally responsible investing, and the nonprofit As You Sow have issued a follow-up report to last year’s ranking of CPG companies on their use of BPA.

This updated missive not only checks up on companies, it also took into account retailers offering private labels. The highest-scoring chain was Whole Foods Market… but with a D+. While the authors liked WFM’s transparency on the issue (on its website, Whole Foods admits that only 27% of sales of its store-brand canned goods go to those that are BPA-free), they criticized the retailer for failing to demonstrate “that it is actively testing any BPA-free options for its private-label cans despite a commitment to eliminate the chemical from packaging.”

If Whole Foods gets a D+, you can imagine how the conventional folks did: Wal-Mart, Kroger, Safeway and Supervalu all received an F.

“Most of these companies are exploring substitutes to BPA to some degree but do not commit to phasing out the chemical, are not funding the exploration of substitutes, and fail to sufficiently disclose information about how they are addressing consumer concern on the issue,” stated the report.

Even worse, Delhaize Group — which owns the Food Lion, Hannaford and Sweetbay banners — was roundly chastised for not even responding to the survey, “demonstrating a disconcerting lack of transparency on this issue.”

Where does BPA fit in the wellness spectrum? Is it simply about health and safety? What about sustainability? Those who oppose BPA are asking that question and I wouldn’t be surprised if messaging began to incorporate some sort of “green” aspect in order to ratchet up the heat of the debate… because sustainability is a much more familiar concept to shoppers all over the world. At any rate, this report shows us the issue has pierced the consciousness of the finance community.