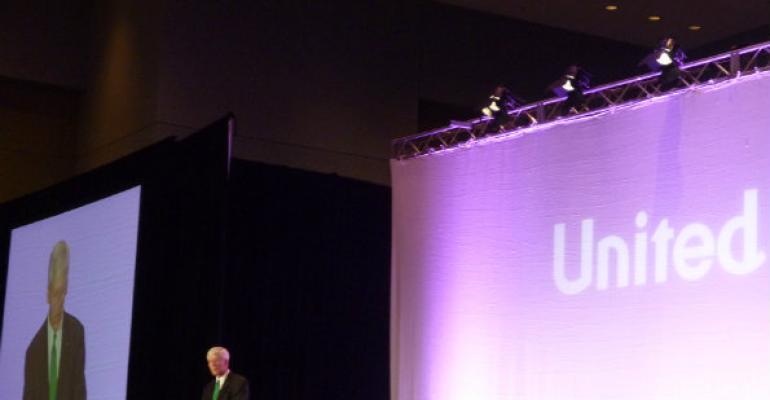 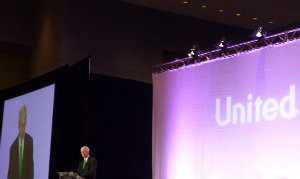 Publix's success is based on the exceptional relationships it has with customers, suppliers and employees, CEO Ed Crenshaw said at the United Fresh Opening Breakfast General Session on Wednesday.

“At Publix, building personal connections starts with our tag line: Where shopping is a pleasure. It is our promise. We want to be the store that knows the most and cares the most about the products we sell and the people we serve,” said Crenshaw.

Even as customers increasingly look to the digital space for information about products and stores, those interactions shouldn't replace in-person exchanges and discussions.

“We tweet with them and we're their Facebook friends. But I have to tell you, none of this holds a candle to the one on one interactions that we like to have with our customers. And I've got to believe that that holds true with our suppliers as well,” said Crenshaw.

Publix is frequently cited as a great place to work, and Crenshaw credited the retailer's treatment of its employees as well as the fact that the company is employee-owned.

“And you know it's just human nature to want to be a part of something bigger, to make a meaningful contribution,” he said.

Crenshaw praised the enduring philosophies of Publix founder George Jenkins, acknowledging that those in the room have people with the same magnetism and vision working at their companies.

“Those are the people who you should seek out and build stronger relationships with. They are your leaders of tomorrow and they will help you continue to be successful regardless of what trends might come and go in our industry,” said Crenshaw.

Having served in various FMI leadership positions, Crenshaw praised that organization's efforts to make a difference in food retailing.

“But you know, they can't do it alone. As industry members, you and I, each one of us, must join together to make a difference in this wonderful industry that we participate in,” said Crenshaw.

And as for that other keynote speaker that took top billing yesterday, Crenshaw said he thinks relationships may trump her ambition in the end.

“And for a guy that's got a two-year-old granddaughter that I absolutely can't get enough of, as soon as Hillary Rodham Clinton gets a dose of grandmother she is going to change her mind and she's going to realize that there's a lot better things in life than being the president of this great country that we live in.”