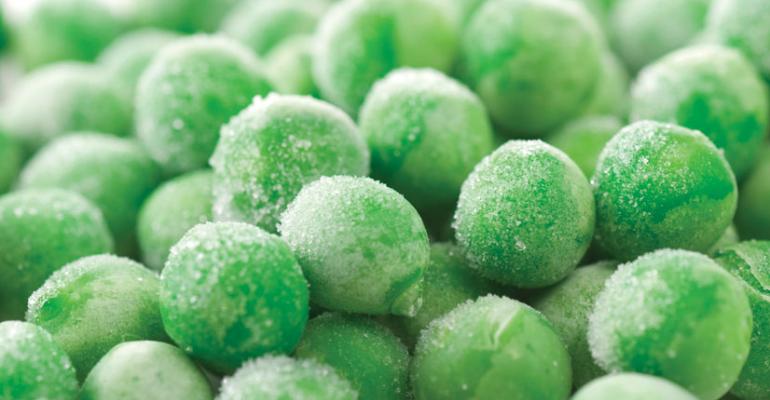 Frozen foods will be increasingly viewed as a healthy option in 2013, said Barbara Ruhs, corporate dietitian for Bashas’, Chandler, Ariz.

Since freezing is a natural way to preserve food, many frozen products have fewer preservatives than packaged products.

“There are a growing number of customers willing to sacrifice some shelf time for a ‘cleaner’ frozen food,” Ruhs said.

The high cost of fresh fruits and vegetables is a reason why a growing number of consumers don’t buy or eat as many fruits and veggies as recommended. So more people will be on the lookout for frozen veggies and fruits because they’re both convenient and less expensive, she said.

Frozen prepared foods are also likely to gain steam as more better-for-you options enter the market. Take Amy’s “Light in Sodium” products, which have 50% of the sodium found in the original version. The line was launched based on consumer requests for lower-sodium selections. Each of the light-in-sodium versions has 340 mg of sodium or less per individual serving.

Ruhs is a fan of Amy’s “Light in Sodium” Indian selections, which come in mattar paneer and other varieties.

“They are healthier than any Indian take-out,” she said.

Organic Bistro is another one of Ruh’s favorites, as it’s “real” food and is not heavily seasoned.

Additionally, Ruhs expects new meat-free frozens to launch in 2013. This trend has been driven by marketing campaigns like Meatless Mondays, as well as innovation from companies like Morningstar Farms.

“Morningstar has really out-done itself when it comes to frozen, meatless options,” Ruhs said, praising the company’s black bean burgers.

Kashi has also made a name for itself in frozens with good-tasting products that are high in whole grains and low in saturated fat, said Ruhs.

“Yes, beans are in the frozen section now,” she said. “They’re a great, hearty, protein-filled addition to any stir-fry or pasta creation.”