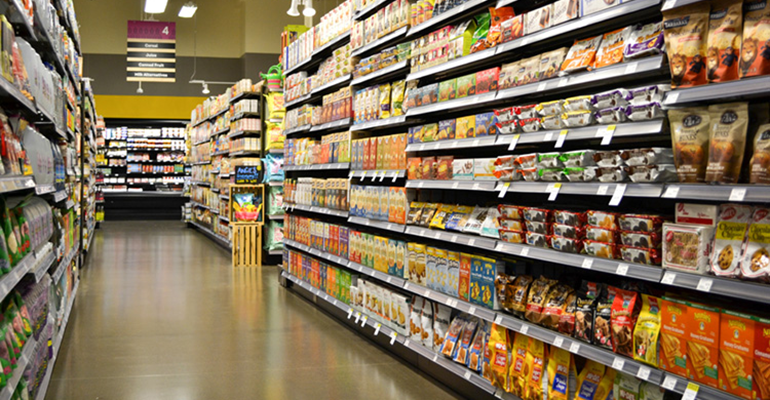 Consumers enthused by ‘better for you’ groceries

Grocery manufacturers’ shift toward “better for you” products has made consumers happier with packaged foods from all types of companies, according to the American Customer Satisfaction Index (ACSI).

Customer satisfaction with grocery food — including packaged foods from chocolate, baked goods and cereal to meat, cheese and frozen food — rose 1.2% year over year to a score of 82 on a 0 to 100 scale, according to the ACSI Nondurable Products Report 2018, which polled 5,315 consumers.

ACSI attributed the increased satisfaction to a slower-than-expected uptick in food prices and improved food quality, notably among manufacturers responding to consumers’ escalating interest in fresh, natural and organic products. 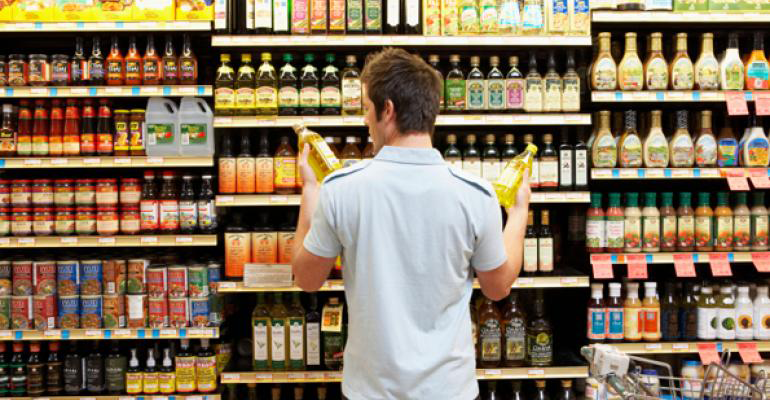 “A growing demand for healthier foods has reshuffled the playing field for grocery brands,” explained David VanAmburg, managing director at ACSI. “In 2018, we saw the sales of plant-based foods grow by 20%, and one in 10 consumers have tried a gluten-free diet. These aren’t fads; customers want to adhere to a healthier lifestyle and they’re more satisfied with brands that offer those options.”

Among food manufacturers, Hershey held the top spot in the 2018 report with an ACSI index of 86, the same as last year. ACSI noted, though, that Hershey barely held the lead despite removing artificial ingredients from many of its core products and making nutritional information more accessible. Dole jumped three points to the No. 2 spot with a score of 85 — the largest increase among companies — driven in part by its redesigned salad packaging and healthy to-go snacks, the report said.

Mars and General Mills each climbed 2% to tie PepsiCo’s Quaker for third place at 84. ACSI said Cheerios maker General Mills has made heavy investments in organic products, while Mars is slated to launch new iterations of its staple confections. Quaker posted the same score in the 2017 survey.

Also unchanged from last year were Nestlé and Kraft Heinz at 82. ACSI noted that both companies have hit bumps in the road.

“Kraft Heinz, which was once the highest-scoring company in the ACSI as Heinz, has struggled to attract and keep customers as consumer preferences shift toward healthier foods,” the report stated. “Processed cheese is a sore spot, as industrywide sales register a fourth straight year of declines and are projected to drop another 1.6% this year. Even though 40% of households stock Kraft Singles, sales have flattened.”

Meanwhile, Swiss food group Nestlé — after years of declining chocolate sales — sold its U.S. confections business to Italy’s Ferrero to sharpen its focus on healthier foods, ACSI said. “While consumers consider Nestlé’s quality to be lacking, Ferrero intends to reformulate key brands, including Butterfinger, with ingredients and packaging to ensure a better and fresher product by spring 2019,” according to the study.

Four companies finished at the bottom of the food manufacturing category with an index of 81: Campbell Soup, Conagra, Kellogg and Tyson. Campbell and Tyson each rose one point while Kellogg registered the same score as in 2017. Conagra was the only decliner, down one point, as customers found neither its value nor quality up to par, ACSI said.

“For Conagra, the ACSI econometric model suggests that an improvement to quality would have a sizable impact on customer satisfaction, much greater than a price reduction,” the report pointed out.

Continuing a downward trend, consumer satisfaction with soft drinks fell 2.4% to an index of 82, as customers eschew sugary sodas in favor of bottled water and other health-oriented beverages, ACSI’s study observed.

Consumer satisfaction with major brands like Coca-Cola (down four points to 81) and Pepsi (down five points to 80) has dropped noticeably, while shoppers had a positive response to all other beverage producers, including La Croix, bottled water brands and kombucha.

“However, not all beverage manufacturers are struggling. Following a last place finish in 2017, Dr Pepper Snapple saw the benefits of merging with Keurig Green Mountain and acquiring CORE Nutrition,” ACSI said. “The new Keurig Dr Pepper rises 2% to the top of the category with an ACSI score of 84.”

Both Coca-Cola and Pepsi are continuing to “branch out and away” from soda, according to the report. “PepsiCo recently announced the acquisition of the sparkling water firm SodaStream, while Coca-Cola is about to move into the coffee market. Both companies are reportedly investigating the potential for cannabis-infused beverages.”

At the same time, consumer satisfaction with breweries rose one point to 85 and is “the highest it’s ever been,” despite declining beer consumption, ACSI noted. Smaller craft beers and microbrews remain popular, with the “all others” breweries group rising one point to 86, while industry giant Anheuser-Busch InBev is right behind, up one point to 85.

Molson Coors, however, was down three points to a score of 81. The ACSI report said decreased sales swayed the company to abandon the MillerCoors’ Two Hats brand, targeted at Millennials, and refocus on a “struggling Coors Light.”

“It’s clear that the craft beer segment, while still small, has put enough of a scare into the big players that they’re being craftier themselves,” according to VanAmburg. “Right now, the reputation for microbrews is so strong that everybody’s stepping up their game.”