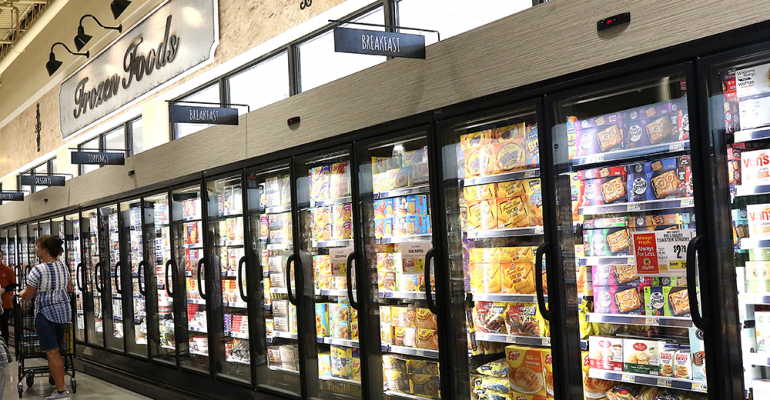 The frozen section at a ShopRite store.
Product Categories>Center Store

Frozen food sales grew 2.6% in dollars and 2.3% in units for the multi-outlet plus convenience channel over the 52 weeks ended Nov. 4, 2018, compared with gains of 1.7% in dollars and 0.1% in units a year earlier, according to IRI data cited in AFFI and FMI’s “The Power of Frozen 2019” report, released Wednesday.

In 2018, nine of the 10 top-selling frozen categories saw gains in dollar volume while all were up in units. The analysis noted that frozen sales in the channel — which includes food, drug, mass, club, dollar and convenience stores and military commissaries — have risen steadily since 2014 in both dollars and units. Just two years ago, frozen sales growth was negative in dollars and units. 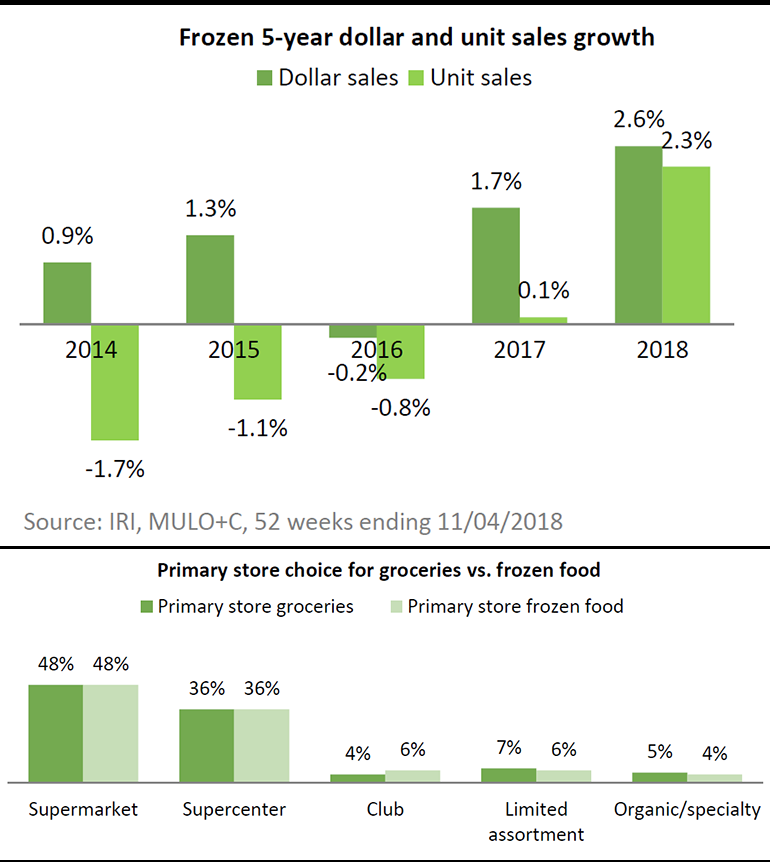 “The frozen food aisle is in the midst of a strong comeback,” AFFI President and CEO Alison Bodor said in a statement.

“In terms of sales, the frozen food category is only a fraction smaller than fresh produce, bigger than all other fresh perimeter departments, bigger than candy and even snacks,” said Doug Baker, vice president of industry relations at FMI.

According to Bodor, the growth across categories underscores how frozen food is part of the total meal solution. “One could argue that frozen meals are the original meal kit,” she noted.

Household penetration and buyer purchase frequency (at least two times annually) for frozen food remained flat in 2018 at around 99.4%, as did dollars spent on frozen per trip ($11.20), according to the study. However, dollars per buyer rose 1.8% to $479 per year and frozen food trips per buyer edged up 0.8% to 42.8 annually. Seventy-nine percent of frozen sales were national brands versus 21% for private labels. 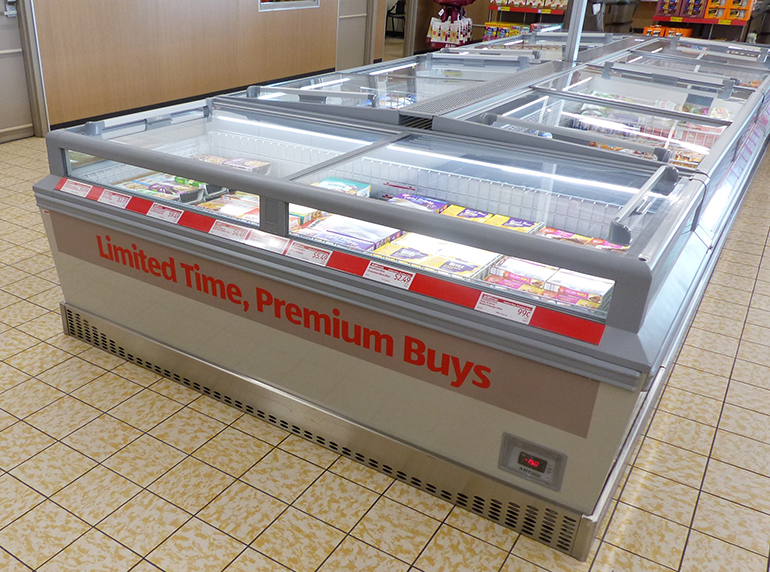 The frozen case at an Aldi store.

In terms of frequency, 32% of consumers said they eat frozen food weekly, compared with 12% daily, 23% every few days and 19% every few weeks.

“In 2018, frozen food growth was driven by more dollars and trips, but household engagement was largely unchanged. These are the core frozen food shoppers: buying more and visiting the aisle more often,” AFFI and FMI said in announcing the study. “Core shoppers are older Millennials, juggling families and careers, and they are heavily focused on convenience in their shopping and meal preparation.”

Across all merchandising measures in 2018, the share of frozen sold fell to 29.8% in dollars from 30.7% a year earlier. Units sold on any merchandising declined to 32.4% from 33.9% in that time span. Still, the study noted that consumers can be swayed by deals, as 80% said price promotions can prompt them to make an unplanned frozen purchase. Meanwhile, 36% cited sampling and 45% named new items from familiar brands as reasons for impulse purchases of frozen food.

“While the category cannot be ignored due to its magnitude, shoppers surveyed in our research requested ways to better optimize their frozen food experience through recipe ideation, coupons, shopper education, and improved organization and signage,” Baker added.

Most shoppers purchase frozen food at the same store where they buy most of their groceries, the report said. Forty-eight percent of consumers buy frozen at a supermarket, followed by supercenters (36%), warehouse clubs (6%), limited assortment stores (6%) and organic/specialty stores (4%). Four in 10 shoppers have purchased frozen food online.