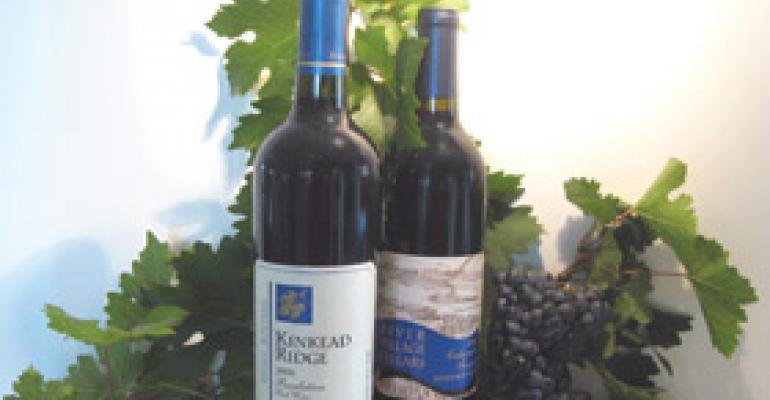 Kinkead Ridge and Meranda-Nixon wineries, both in Ripley, Ohio, along with Harpersfield Vineyard, Geneva, Ohio, and Markko Vineyard, Conneaut, Ohio, are all part of Honestly Local, a membership-based local food club Dorothy Lane planned to launch last week. Originally scheduled to begin June 9, the start date was pushed back due to planting delays resulting from heavy rainfall.

Operating like a community supported agriculture program, the club provides an eight- or 16-week shipment of produce, groceries and other items. One bottle of wine will be distributed to those who chose to have wine and beer included with their order for an additional cost.

The club will help Dorothy Lane educate shoppers about all that Ohio has to offer in wine, said Todd Templin, Dorothy Lane's beer and wine director.

“People are not always aware of wine that's produced right in their own backyard,” he said.

The club will help dispel some of the misconceptions about Ohio wine, added Kinkead Ridge co-owner Nancy Bentley, whose 11-year-old vineyard produces about 1,800 cases a year.

For instance, club members will learn that just because a wine is produced locally doesn't mean it's expensive. All Kinkead wines sell for $20 or less, she said.

At the same time, it will introduce members to the many flavors, characteristics and aromas of Ohio wine.

“People think that all Ohio wine is sweet, which isn't true,” said Bentley.

While Kinkead does produce sweet wine, it also makes cabernet sauvignon, cabernet franc, syrah and other varietals and blends.

Vineyards participating in Honestly Local are from both of Ohio's two distinct wine-producing regions.

One area is located along the Ohio River, while the other is up north near Lake Erie.

Bentley was attracted to the Ohio River area because the soil is similar to Saint Emilion, a noted winemaking region in France.

And the weather in Ohio is ideal for winemaking, added Seth Meranda, co-owner of Meranda-Nixon Winery.

“The climate here is conducive to many different varietals,” said Meranda.

Meranda-Nixon, which released its first wine in 2007, produces about 1,500 cases from its 10-acre vineyard each year.

Nearly 130 people registered for Honestly Local as of June 17, and the retailer expects more to join.

“People are putting a lot of thought into where their food comes from,” said Ron Williams, the program's creator and produce manager for DLM's Washington Square store.

The preliminary membership exceeds that of “Farm 2 Fork Fresh,” a third-party community supported agriculture program Dorothy Lane participated in during the summers of 2009 and 2010. About 115 people participated in Farm 2 Fork.

When Farm 2 Fork experienced financial problems in July 2010, Dorothy Lane opted to launch its own local food club, and Honestly Local was born.

The majority of Honestly Local members signed up for a prepaid 16-week vs. 8-week membership. Members could elect for a small or large produce box, which costs $15 and $25 per week, respectively. Nearly all participants signed up for the small box. They then can prepay for additional items, such as artisan bread and other bakery items ($4 per week) and wine and beer ($14). Members pick up their orders each week at a Dorothy Lane store.

The club was to have its first delivery on June 23.