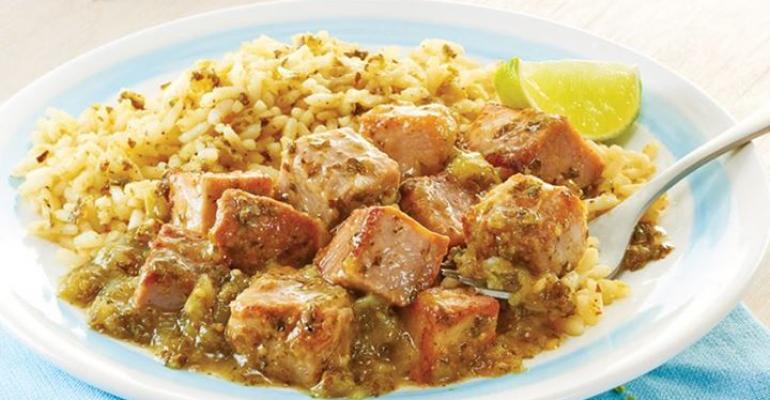 The retailer promoted the entrees with a Facebook coupon for one free product.

The line was introduced last year with ready-to-cook meats, corn and flour tortillas, cheese and snacks.

Valladolid is a Food Network chef and cookbook author.

Separately, Safeway also added frozen entrees to its Open Nature line. Made without artificial flavors, colors or preservatives, the entrees are available in 12 flavors, including Fettuccine with Mushroom Sauce and Chicken Marsala.