Dollar Tree is the second-largest U.S. operator of deep-discount retail stores. The company totaled net sales of more than $25.5 billion in its 2020 fiscal year ended Jan. 30, 2021. As of the close of its 2020 fiscal year, the Chesapeake, Va.-based retailer operated 15,685 stores in 48 U.S. states and five Canadian provinces under the banners Dollar Tree, Family Dollar and Dollar Tree Canada.

Dollar Tree for years had been known as the only true “dollar store” discount retailer selling its products for $1 or less, ranging from general merchandise and household essentials to beauty and personal care, food and beverages, and nonedible consumables. That began to change in mid-2019 with the testing of a multi-price initiative dubbed Dollar Tree Plus!, which increased the array of products above $1 and focused on items in pricing tiers of $1, $3 and $5. The program is being expanded to hundreds of stores in 2021. 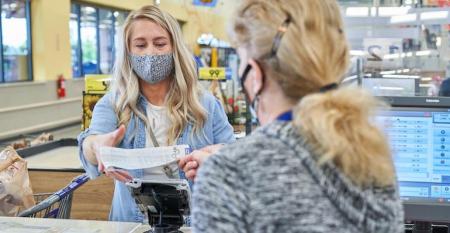 A post-Labor Day reflection on grocery jobs in our evolving industry
Sep 09, 2021
America’s grocers are responsible for millions of rewarding jobs and, by extension, the well-being of millions...

Traditional supermarkets meet challenge to feed America while under siege from alternative grocers
Mar 24, 2021
The past year has proven just how critically important supermarkets are to our lives, says PJ Solomon’s Scott Moses