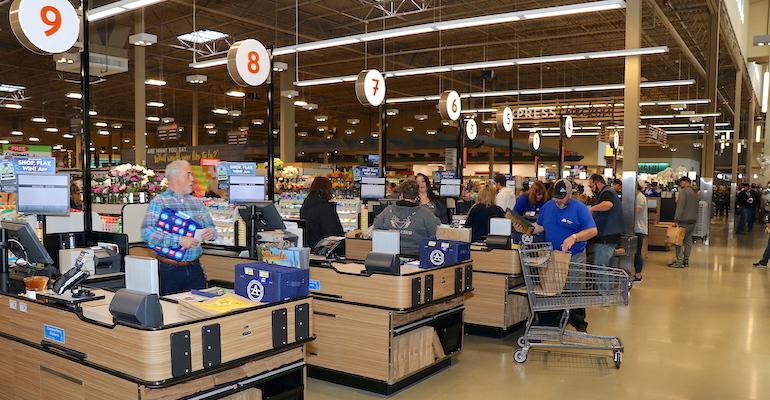 Albertsons
The Consumer Price Index edged up 0.3% month to month in April, down from a 1.2% uptick in March and the lowest increase so far in 2022. Still, April's food-at-home index was up 10.8% year over year.
Issues & Trends>Consumer Trends

Ease in April CPI does little for food shoppers

A smaller increase in the Consumer Price Index (CPI) for April provided little relief for grocery shoppers, who continue to alter their buying habits as they grapple with high food prices.

This week, the U.S. Bureau of Labor Statistics (BLS) reported that the CPI for All Urban Consumers edged up 0.3% (seasonally adjusted) month to month in April, down from a 1.2% uptick in March and the lowest increase so far in 2022. Still, the CPI rose 8.3% (unadjusted) for the 12 months through April, down only slightly from 8.5% in March, 7.9% in February and 7.5% in January.

Related: Grocery store sales up over 9% for March

April’s food-at-home index climbed 10.8% year over year, topping the 10% gain in March, which marked the largest 12-month uptick since March 1981, according to BLS. That came after increases of 8.6% in February — which BLS said represented the biggest 12-month rise since April 1981 — and 7.4% in January. 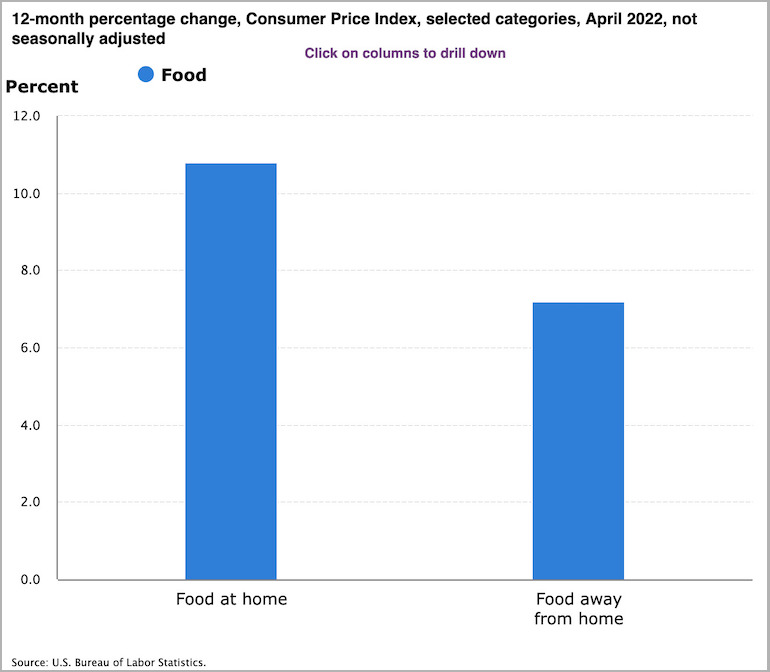 “Rising prices will continue to impact all businesses for the foreseeable future,” according to Greg Petro, CEO at Pittsburgh-based First Insight, which last week released the “State of Consumer Spending: Inflation Impacting Consumer Confidence” report. “This data indicates that many industries, which had hoped for a post-pandemic rebound in 2022, specifically hospitality, travel and entertainment, may be faced with yet another difficult year. Furthermore, categories that saw an increase in spending during the pandemic — such as jewelry, automotive, premium groceries and apparel — will most likely see a contraction in consumer spending for the next several months. Companies must work to get an immediate understanding of how consumers are going to change in the days and weeks ahead by engaging with them directly to anticipate and respond.”

Of 1,000 U.S. adults surveyed in First Insight’s research, 97% said they’re reprioritizing how they spend to afford their top four most-critical purchases: groceries (56%), gasoline (43%) housing costs (29%) and health care (18%). Within grocery, 41% of respondents indicated they will save money by scaling back name-brand product purchases, while 37% aim to cut their consumption of meat and seafood amid rising prices. Also, 34% of consumers plan to reduce their snack food purchases, 29% will cut back on purchases of alcohol and spirits, and 26% will buy fewer organic products. 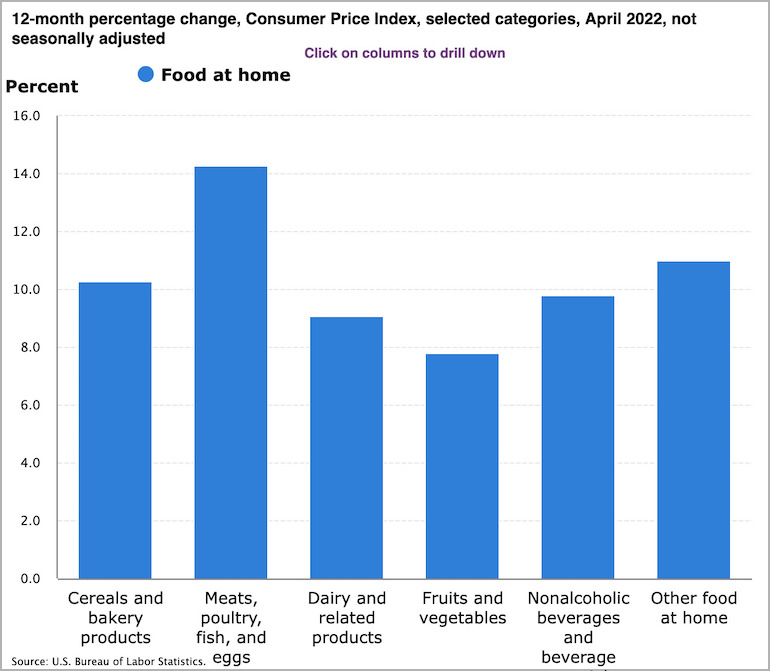 Chicago-based Retail Insight said its latest research found that 68% of more than 1,000 U.S. shoppers polled describe themselves as more price-conscious since the start of the pandemic when shopping for groceries. Rising inflation has led a further 74% to become more budget-conscious as the cost of living has escalated.

Sixty-five percent of shoppers surveyed by Retail Insight said they’re trying to cut their food bills, and the same percentage report they now actively seek out grocery promotions and discounts. Nearly seven in ten (69%) said they are now much more likely to compare prices at the shelf. What’s more, 56% have switched from brand-name to own-brand food products, and 43% have changed supermarkets to rein in food shopping costs.

“Faced with rising costs across every aspect of their businesses — from supply chain volatility and rising costs of production through their supplier networks to the cost of running store operations or offering online deliveries — grocers face complex and multifaceted challenges when it comes to pricing and promotions in the current economic climate,” Retail Insight CEO Paul Boyle said in a statement.

For the four weeks ended May 1, grocery prices were up 12.4% year over year, compared with a 7% to 8% rate at the start of 2022, Chicago-based Numerator reported. The price hike includes the online grocery channel as well. Numerator noted that year-over-year online grocery inflation over that time span surpassed inflation in the dollar channel — +17.2% and +16.2%, respectively — growing steadily since fall 2021.