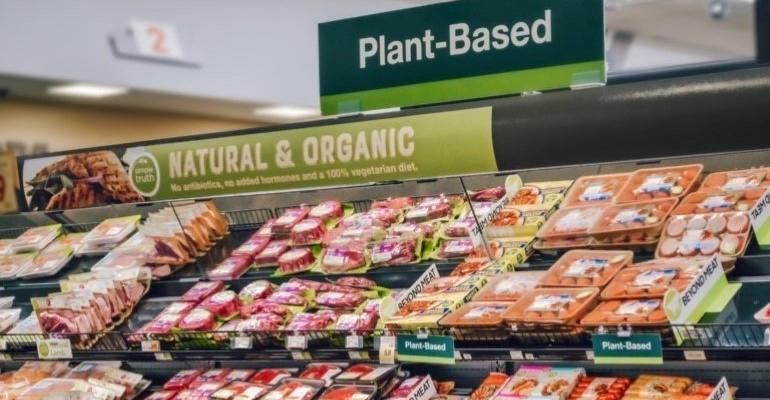 Plant Based Foods Association
Plant-based meat saw the biggest gain in the plant-based foods category, with retail sales surging 148% in mid-March from a year ago.
Issues & Trends>Consumer Trends

Retail sales of plant-based food experienced a major spike in mid-March, outpacing overall food sales as consumers raced to stock up ahead of COVID-19 lockdowns, according to the Plant Based Foods Association (PBFA) and wellness-focused data and retail analytics firm SPINS.

PBFA and SPINS said Tuesday that retail sales of plant-based food as of March 15 were up 90% from a year earlier, compared with about 70% growth for total food retail sales. In the four weeks after the peak panic-buying period, plant-based food sales grew 27%, which is 35% faster than total retail food.

“This new data shows that consumers are turning to plant-based food options now more than ever,” Julie Emmett, senior director of retail partnerships at San Francisco-based PBFA, said in a statement. “Even after the highest panic-buying period, plant-based foods growth remains strong, proving that this industry has staying power.” 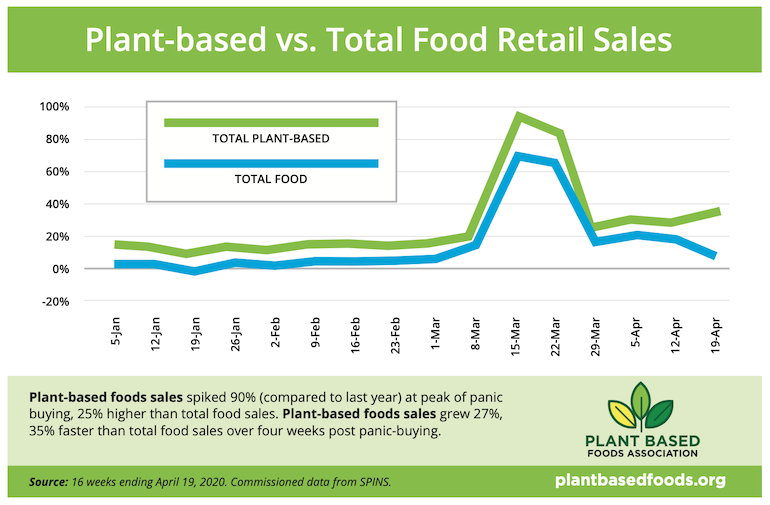 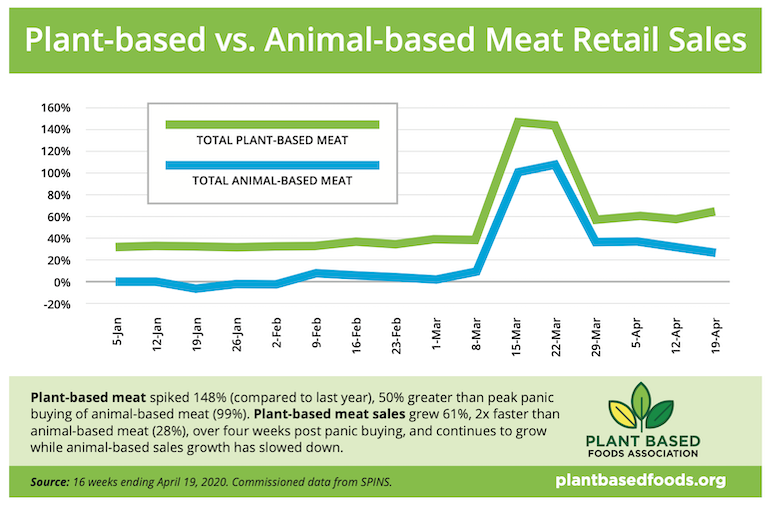 In one category segment, refrigerated plant-based meat, retail sales skyrocketed 241% during peak panic buying and continued to rise 113% over the following four weeks.

“Since the beginning of the pandemic, there has been a continued shift in consumer purchasing toward natural and organic products that enhance health and immunity,” explained Tony Olson, owner and CEO of SPINS. “Our data shows the plant-based meat boom of last year continues and, as reports of animal-based meat shortages increase, we can expect plant-based meat to gain even more traction.”

Meanwhile, plant-based cheese retail sales climbed 95% as of mid-March compared with a year ago, and the segment’s sales were up 54% for the following four weeks. Similarly, retail sales for tofu and tempeh rose 88% versus a year earlier as of March 15 and were up 35% in the four weeks post-panic buying.

“These strong numbers prove that the plant-based industry is here to stay and will only continue to grow,” commented Michele Simon, PBFA executive director. “PBFA members and their staff are working hard to provide consumers with nourishing foods during these difficult times and beyond.”