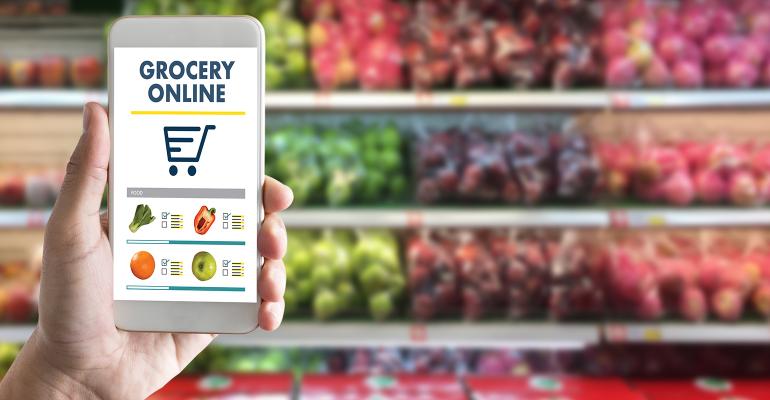 Lack of trust in selecting fresh items, cost of delivery seen as deterrents

About 45% of consumers have ever shopped for groceries online, and 60% of those say they have rarely done so, according to a new survey from RichRelevance.

The survey found that the biggest barrier to shopping online is that shoppers don’t trust others to pick the best or freshest items, a factor cited by 53.7% of respondents who have not shopped online. Another 44.3% said they don’t want to pay for delivery.

Greater convenience was the No. 1 reason respondents gave for shopping online, at nearly 68%, followed by time savings, at more than 62%. Consumers also said they like the fact that online shopping allows them to stick to a list and make fewer impulse buys, cited by 39.3% of respondents. Another 24.3% said they can save money and find better deals online, and 22.8% said it was easier for them to find items that meet their dietary needs, such as gluten-free or vegan.

Of those who have shopped online, 47.6% cited limited choice as the most frustrating aspect of doing so. That compared with only 12% of shoppers in the UK who cited limited choice as a frustration. Other aspects of online shopping that frustrate U.S. shoppers include not being able to get assistance in real time (24% in the U.S. vs. 13% in the U.K.), and poor navigation around the site (23% in the U.S. vs. 17% in the UK).

The survey found that 36% of those who have shopped online for groceries said they shop at more than one online grocery outlet, and 56.5% said they do not shop online from the same physical grocer that they usually shop with.

“As the fight for category leadership in digital grocery heats up, experience personalization will take center stage in 2018,” said Michael Ni, chief marketing officer of RichRelevance. “Grocery buying is increasingly becoming a lifestyle choice beyond produce. This is creating opportunities for new grocers to engage consumers with new and fresh ideas, gather key customer browsing and buying behavior, and personalize their various brands, creating a virtuous cycle of loyalty. Grocers need to learn from the early mistakes of traditional retailers and not simply try to compete with Amazon on convenience, but focus on the new opportunity that online shopping provides.”