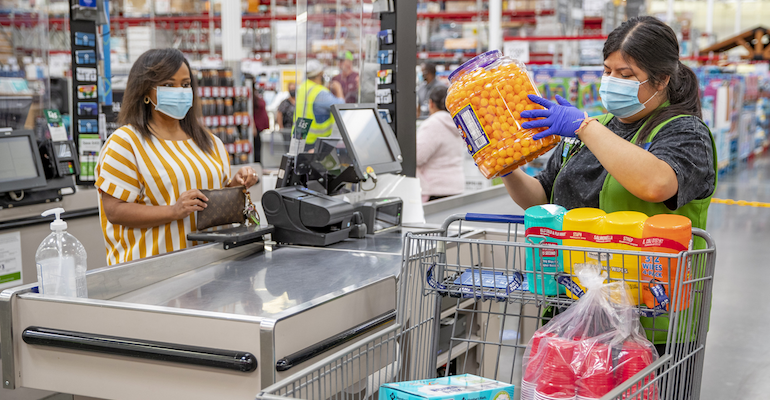 Walmart
Of U.S. consumers polled by dunnhumby in September, 34% cited Walmart as offering the best value for the money.
Issues & Trends>Consumer Trends

With the end of the coronavirus pandemic beyond the horizon, U.S. consumers remain concerned about rising food prices and are adhering to a value-focused shopping strategy, according to latest dunnhumby Consumer Pulse Survey.

Dunnhumby has surveyed more than 32,000 consumers in 22 countries in five waves since March 29, with each national poll including about 400 respondents per market. The global customer data science company said the fifth wave of surveys was conducted Aug. 28 to Sept. 3.

Among U.S. findings announced Monday, 45% of American consumers said they feel food prices have increased, compared with an average of 41% for all countries and the same percentage since the third research wave in May. 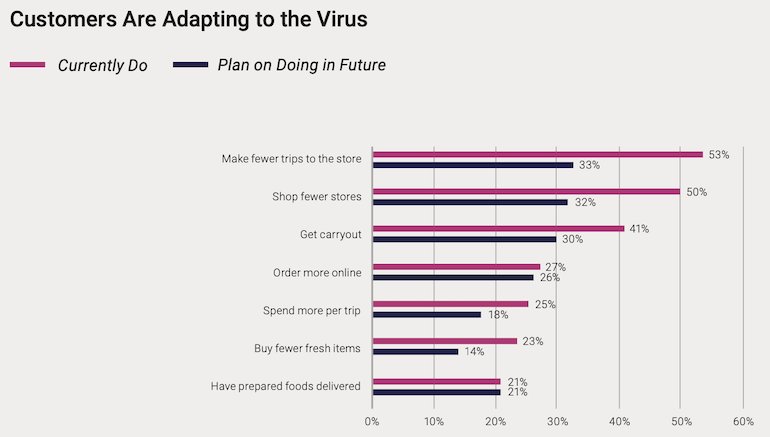 Wave 5 of the study also revealed that 37% of U.S. shoppers noticed the rise in prices on virus-related items, and 72% thought those price hikes were unnecessary.

“Since the pandemic first hit, we have been analyzing and studying consumer reactions to the virus, how it impacted their shopping behavior, and how they in turn reacted to retailers’ actions to combat the virus. Seven months after shutdowns, we are now seeing a major pivot, with consumer focus turning away from the virus itself to now being more concerned with increasing food prices, while the economy and their personal finances are deteriorating,” explained Jose Gomes, president of dunnhumby’s Chicago-based North America unit.

Indeed, in the September research, 49% of U.S. consumers rate their personal finances as not good or poor, compared with 36% in April. Sixty-five percent of respondents in September described the national economic outlook as not good or poor, about the same as in April, when the country entered the thick of the pandemic.

For the United States, dunnhumby’s Worry Index — a measure of consumers’ concern  about COVID-19 — stood at 24% in September, down from 30% in July and the same as in May. The index was at 34% in March and 33% in April when incidence of the virus skyrocketed in the U.S. Internationally, the Worry Index came in at 22% in September, decreasing steadily since a high of 31% in March.

The lack of confidence reflects declining U.S consumer sentiment about whether stores and the government are doing a good job dealing the with COVID-19 crisis. In September, only 50% of U.S. survey respondents thought stores were doing a good job, down from 52% in July and 60% in May. Likewise, 77% of Americans polled disapproved of the government’s actions during the pandemic, up from 75% in July and 66% in April.

“Consumers seem to be tiring of the virus-led restrictions, and this is impacting opinion of how well both stores and the government are doing amid the pandemic,” dunnhumby said in its report. “Half of U.S. consumers believe stores are doing a good job (above the global average [48%]), while just 23% believe the national government is doing a good job (well below the global average [33%]).

Such levels of concern have elevated value as a factor in shaping consumer behavior. In looking at their shopping habits during the pandemic, 58% of U.S. consumers said they shop where regular prices are low, and 43% reported buying the lowest-priced products.

Of U.S. respondents, 36% use and 29% search for coupons on products they regularly buy, and 34% look online for the best sales. Twenty-one percent said they buy more store-brand items.

“Retailers need to take note that most shoppers right now are on the hunt for more value by shopping at stores with regularly low prices, while also seeking discounts and promotions,” Gomes pointed out. 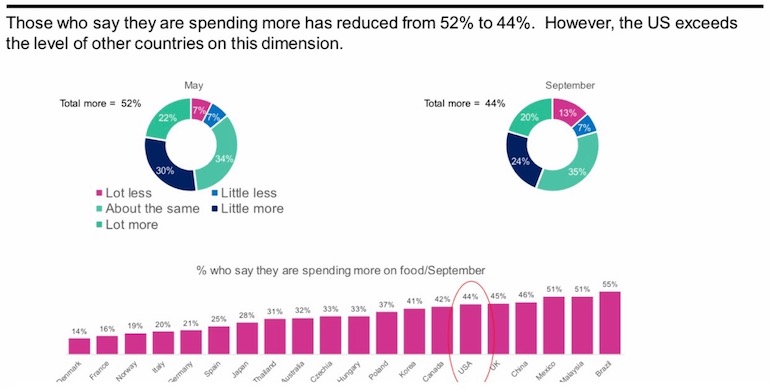 Meanwhile, the number of store shopping trips in the U.S. is rebounding, rising to an average of 5.4  per week in September from 4.6 in May and 3.8 in March. That, in part, may be due to consumer comfort with stores’ COVID-19 safety measures. Just 21% said in the September survey that they don’t feel safe from the virus when shopping, down from 27% in July and 33% in March.

In addition, 41% said they’re getting carryout food, and 21% are having prepared foods delivered.

In the September research wave, dunnhumby found that 29% of U.S. consumers are shopping online, down from a high of 35% in July but well over 23% in March. Looking ahead, 26% of Americans said they aim to order more online.

“Online shopping is now firmly rooted in 30% of all U.S. shopping trips,” dunnhumby said in the study. “With online shopping reaching its tipping point during the pandemic, all signs point to U.S. consumers continuing to use this channel for 30% of all their trips now and in the future. Globally, online shopping accounts for 28% of all trips.”