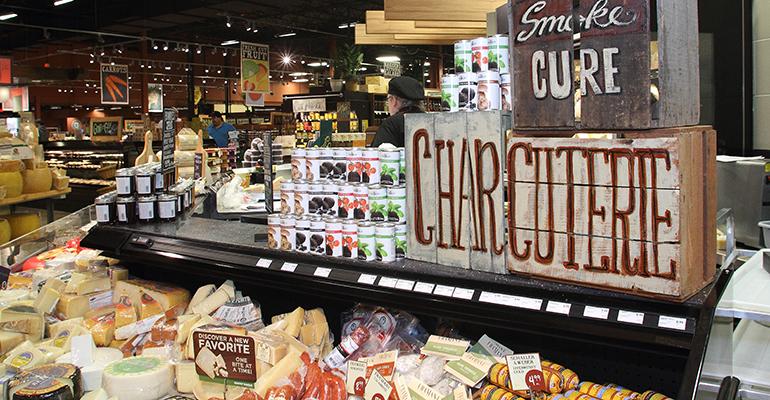 Charcuterie has long been a staple at specialty food stores and fine-dining restaurants, but more and more mainstream consumers have been seeking out these cured-meat products as part of a growing appreciation for artisan food overall.

Consumers also may be turning to charcuterie as part of their increased interest in protein-based snacks, said Angela Bozo, education director at the International Dairy Deli Bakery Association. She cited the success some charcuterie producers have had with grab-and-go packaging solutions combining sliced charcuterie and cheese.

Such items also help “take the intimidation factor out of ordering” charcuterie, said Bozo, noting that many consumers could be confused by the array of product names and descriptions in a charcuterie case.

Other factors potentially driving interest in charcuterie include the growth of domestic charcuterie production. 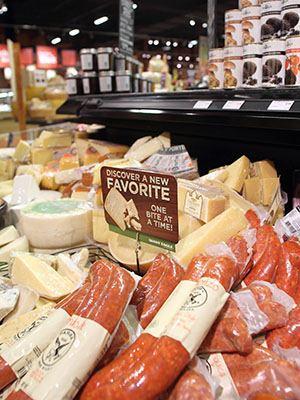 Wendy Robinson, grocery manager and senior buyer at Market Hall Foods, a two-unit gourmet retailer with stores in Oakland and Berkeley, Calif., said the charcuterie industry is about 20 years behind artisanal cheese-making.

“The artisanal cheese industry has really exploded over the last 20 years,” she said. “Now you can get a decent Camembert in the grocery store, whereas before you couldn’t.”

Robinson said Market Hall has been bringing in more products from the growing array of U.S.-based artisanal charcuterie producers.

“We are seeing more and more people creating handcrafted charcuterie,” she said. “That’s part of the reason we wanted to start expanding our program.”

She noted that many of the artisanal producers in the U.S. have begun touting their sourcing, including the specific breed of animal used — Heritage hogs, for example — which is a trend that has taken hold on restaurant menus as well.

In addition to offering prepackaged, grab-and-go charcuterie snacks, some supermarket operators have embraced charcuterie along with artisanal cheeses as a catering option or as stand-alone sections in their stores, particularly at more high-end locations. 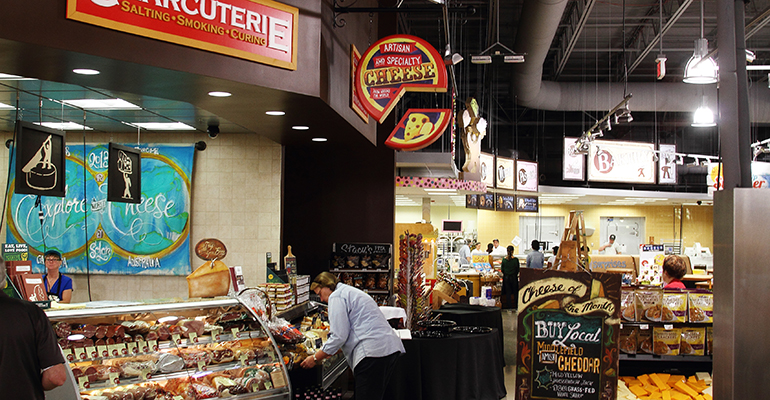 At Pittsburgh-based Giant Eagle, for example, the chain’s more upscale Market District banner has a strong focus on both charcuterie and artisanal cheese.

“Recognizing the growing popularity of charcuterie offerings, our charcuterie sections and cheese shops feature hundreds of varieties of meats and cheeses in addition to the perfect accoutrements for any cheese board,” said Jannah Jablonowski, a Giant Eagle spokesperson.

More and more customers appear to be treating charcuterie and cheese as a meal, she said. 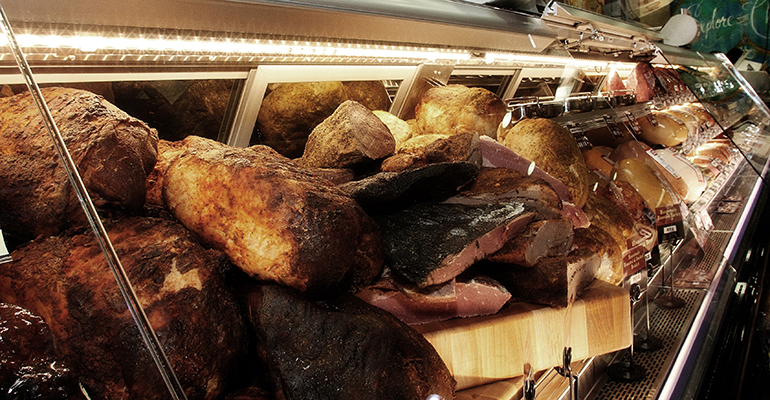 In response to growing consumer interest, the chain recently launched a “Bring Your Own Board” (BYOB) offering, which she described as “a ready-to-plate cheese board kit that includes everything needed to create an impressive cheese board, except the board itself.”

Meanwhile, Skogen Festival Foods also has seen increased interest in charcuterie and specialty cheese, and is in the process of developing a “platter” offering, said Joe Drust, deli senior director at the De Pere, Wis.-based chain.

Customers are more informed and have become more adventurous when it comes to both charcuterie and specialty cheese, he said.

“They are stepping outside their comfort zone and finding out what they have been missing all along,” said Drust. “We expect this trend to continue to gain momentum and our guests to continue to try new items, so it will be critical for us to stick close to the trends and have the offerings our guests are looking for.”

Drust said consumers are mostly interested in the hard salami, pancetta and prosciutto categories of charcuterie. Among cheeses, he cited “anything from Sartori,” a Wisconsin-based supplier, and added that Sartori’s new Tennessee Whiskey BellaVitano is currently “all the buzz.” Cheeses from BelGioioso, another Wisconsin-based cheese maker, are also selling well, he said.

At Market Hall, Robinson said the retailer offers some grab-and-go charcuterie, but she estimated that 95% of the charcuterie the retailer sells is cut to order behind the expansive, 9-foot case. The retailer has a loyal following for its charcuterie, she said, which includes product from a host of artisanal suppliers such as North Carolina-based Lady Edison and Iowa-based La Quercia, both of which “are phenomenal in terms of their practices,” she said.

“These are smaller charcuterie producers that take the time to create beautiful and complex products,” she said. “A lot of them are bringing that Old World style to the U.S.”