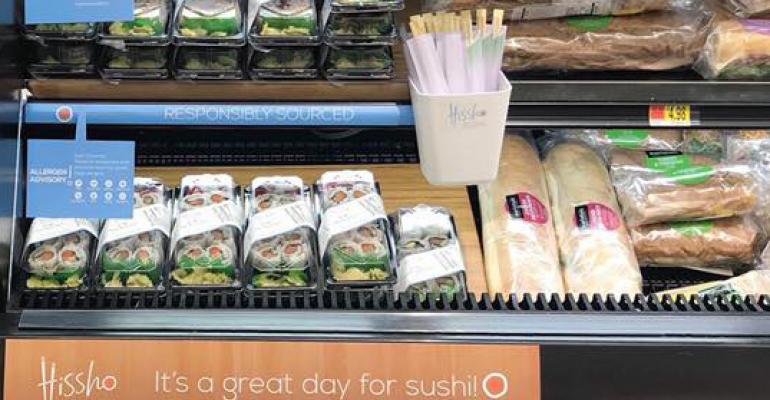 Hissho on the Go concept situated in deli department

Walmart has rolled out grab-and-go Hissho Sushi displays at stores in the Charlotte, N.C., area.

Called Hissho on the Go, the concept is now available in the deli section at 28 Walmart locations in metropolitan Charlotte, Hissho Sushi said this week.

Initially, customers can choose from eight rolls at three price points: $5, $7 and $9. And to cater to sushi lovers’ range of tastes, Hissho on the Go will offer favorites like Krispy Krab and California rolls as well as Spicy Red Pepper and Crunchy Shrimp rolls.

Related: Albertsons phases out use of eel in sushi 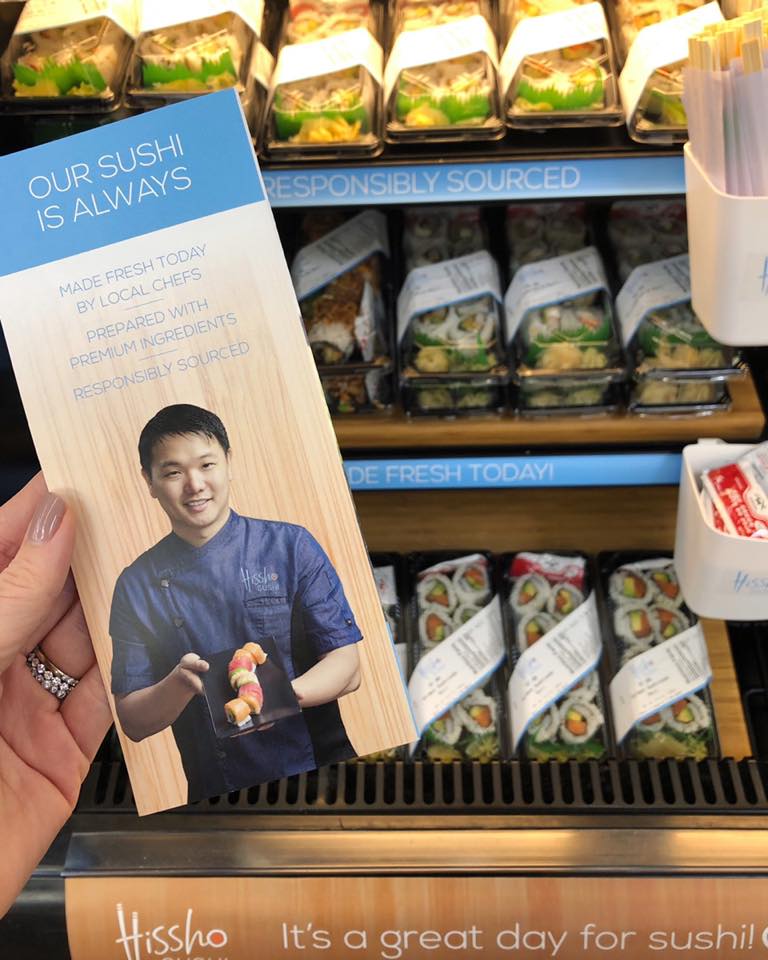 “Hissho Sushi is proud to lead the industry and provide restaurant-quality meal options when and where customers want to enjoy them,” Corey Wilde, vice president of business development at Hissho Sushi, said in a statement. “And we’re proud to serve partners like Walmart, as they evolve their own grocery experience for the shopper.”

Describing itself as the nation’s second-largest sushi franchise, Hissho Sushi has nearly 2,000 locations in 42 states, including at grocery stores and university, corporate and health care foodservice sites.

“It’s exciting to see sushi pushing the boundaries of where customers expect to see our rolls,” added Wilde. “Increasingly, we’re forming unique partnerships with markets across the country who see the value of offering a convenient, high-quality and on-the-go meal option that their shoppers crave.”

One of those partners includes Carlisle, Pa.-based Giant Food Stores, which offers Hissho Sushi in the prepared foods area of its new Giant Heirloom Market urban format stores in Philadelphia. The sushi is made from fresh ingredients and rolled fresh every day by the store’s local chef.

So far, three Giant Heirloom Markets have been opened in Philadelphia, most recently a 13,000-square-foot location in the city’s Northern Liberties neighborhood. There, Hissho Sushi also is available in “The Underground,” a taproom and game room in the store’s lower level.

“As local grocery stores evolve into a destination for shoppers, Hissho Sushi is delighted to be leading the industry in providing an elevated experience that requires no restaurant reservation,” Wilde said when the new Heirloom Market opened in November. “Customers can count on Hissho to hand-craft familiar restaurant-quality favorites as well as tempting innovations that they can feel good about enjoying.”