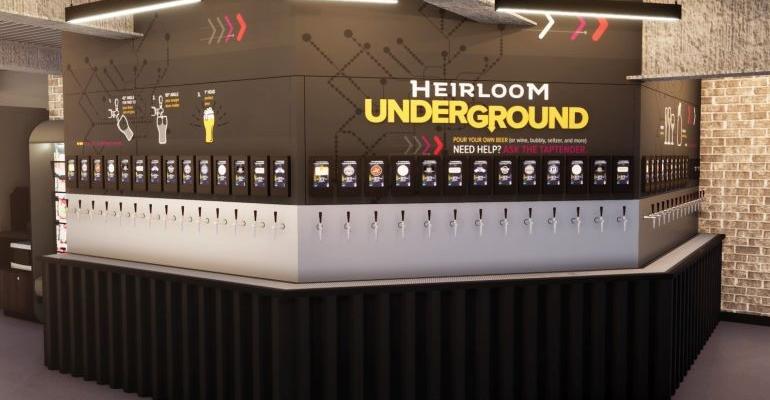 Carlisle, Pa.-based Giant said Thursday that a 13,000-square-foot Heirloom Market will open its doors in the city’s Northern Liberties neighborhood on Nov. 15. Located at 1002 North Second St., the store will mark a first for the retailer by featuring an underground taproom and a gaming area.

Much smaller than a conventional Giant supermarket, Heirloom Markets are designed to accommodate compact urban spaces and provide shopping experiences that cater to city dwellers, with products and services tailored to the surrounding community. The Northern Liberties store sits across from Schmidt’s Commons, aka The Piazza, a public plaza with boutiques and restaurants.

“Much like Philadelphia’s story continues to unfold, so does the story of Giant Heirloom Market, and our new store in Northern Liberties is the next exciting chapter,” Giant President Nicholas Bertram said in a statement. “We continue to learn, and our new location will bring new innovations while featuring what customers love most about Giant Heirloom Market: fresh produce, locally made products and our Nature’s Promise brand.” 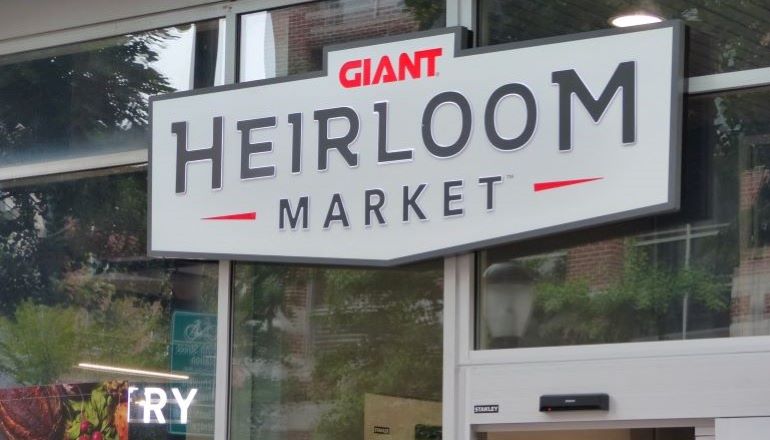 Four Heirloom Market locations have been announced for Philadelphia, and the Northern Liberties store is the largest so far. The first, a 9,500-square-foot store, opened Jan. 25 at 2303 Bainbridge St. in the downtown Graduate Hospital neighborhood. That was followed on Aug. 2 with the opening of a 9,950 square-foot unit in the city’s University City section at 3401 Chestnut St. The Queen Village location, at 201 South St., is due to open by the end of 2019.

“Northern Liberties is always buzzing with activity, and that’s especially true at the corner of North Second and Wildey Streets as we get ready to open the doors to our newest Giant Heirloom Market next month, just in time for the holiday season. We’re looking forward to getting to know our new neighbors, introducing them to all that Giant Heirloom Market has to offer and serving families in Northern Liberties,” commented 20-year grocery veteran Tommy McClain, manager of the new Heirloom Market. Giant noted that McClain has played a key role in the opening of both the Graduate Hospital and University City locations.

A signature of the Northern Liberties store will be “The Underground” taproom, situated in the lower level. Customers will find more than 40 craft beers, wines, hard seltzers and hard kombucha on tap, and they can sample an ounce or order a full pour from touchscreens above each tap. All the beverages can be ordered to go as well. The game area will feature classic arcade games, shuffleboard and a Scrabble Wall.

To entice shoppers to check out “The Underground,” windows in the floor on the store’s main level will provide a view into the taproom below, Giant noted.

“As we created each Giant Heirloom Market, we listened to the community and let their feedback guide our plans,” according to McClain. “In our conversations, they told us they enjoyed having that third place away from home and work, a place to unwind, get a casual bite with friends, maybe have a drink or play a game. The Underground is our response to their wishes.” 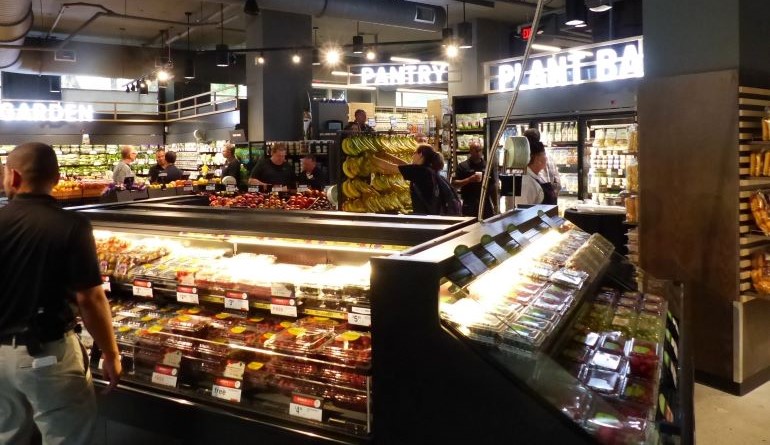 As at the University City location (shown here), the Northern Liberties Heirloom Market will feature a large produce department and dedicated section for plant-based foods.

As in the other Heirloom Markets, the Northern Liberties store will house a wide assortment of fresh, local and seasonal foods, including grab-and-go meals, a large produce department, dedicated gluten-free and plant-based food sections, and a curated selection of wine and beer, including a rapid bottle chiller. Offerings from Philadelphia‐area food vendors will include Claudio Specialty Foods, High Street on Market, Isgro Pastries and One Village Coffee.

For on-the-go customers, the store will also offer technology-driven conveniences, such as self-checkout stations — all named after local streets — and the ability to skip the checkout line and pay for groceries using the Scan It! Express mobile app. Shoppers, too, can use the Giant Direct service to place online orders next-day delivery or pickup.

Giant said the Northern Liberties store will have more than 50 employees and operate from 7 a.m. to 10 p.m. daily.

The Heirloom Market stores are part of Giant’s plan to boost its presence in Philadelphia’s urban core. In August, the grocer broke ground on a downtown flagship store at the corner of 23rd and Arch Streets as part of the city’s River Walk project, a mixed-use development along the Schuykill River. The 65,000-square-foot store, Giant’s first two-story supermarket, is expected to open in the fall of 2020. It will be the retailer’s second full-size supermarket in Philadelphia. A Giant store has operated on Grant Avenue since 2011.