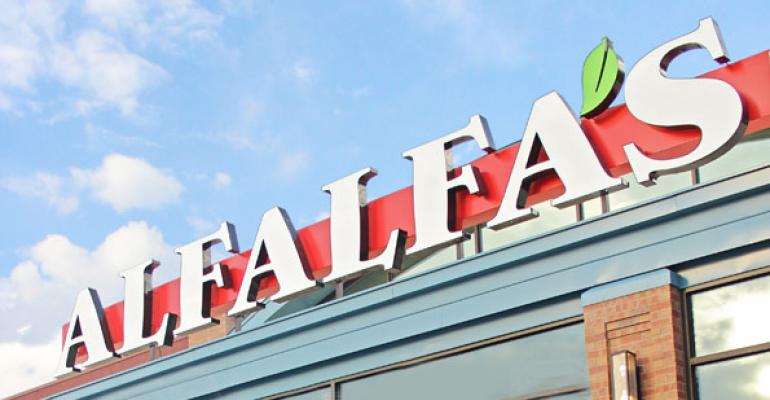 Alfalfa's CEO out in management shakeup

Mark Retzloff, a natural foods veteran who twice co-founded Alfalfa’s Market, has stepped down as the company’s CEO and chairman, Alfalfa’s said Monday.

James Searcy, a board member for the Boulder, Colo.-based natural foods chain, will take over as CEO and chairman on an interim basis. Retzloff will remain involved with Alfalfa’s as a member of the company’s board of directors and shareholder, the company said.

Although the company did not detail the reasons for the leadership change, Retzloff told the Daily Camera newspaper that the change likely resulted from disagreements between himself and some board members.

“I'm bullish on Alfalfa's,” he said. “I wouldn't say I feel the same about the current overall leadership.”

Retzloff was a co-founder of the original Alfalfa’s chain, which merged with competitor Wild Oats Market in 1996. In 2010, he rebooted the franchise, reopening its original store in Boulder. The new Alfalfa’s has since opened a second location in Louisville, Colo.

Searcy has been with the company since 2010. He has spent more than 60 years in the natural products industry, and as co-founder of the Lazy Acre retail store in Santa Barbara, Calif., was instrumental in developing one of the country’s preeminent natural and organic food concepts in the U.S.

“We appreciate all that Mark has contributed in his leadership of Alfalfa’s, and are pleased to have his continued oversight and guidance as a board member,” Searcy said in a statement. “We have a strong management team in place, with a great depth of natural and organic retail experience. This group is committed to do what is best for our customers and our community, and to bring the highest quality organic, natural and GMO-free products to Boulder County.”