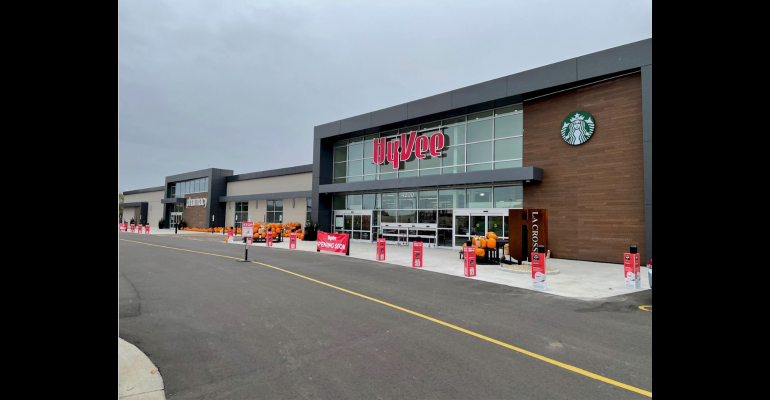 The Midwest supermarket operator named a new vice chairman, as well as its first woman president

Hy-Vee has made a host of executive promotions.

First, the company’s CEO of retail operations, Jeremy Gosch, was named vice chairman of the company’s board of directors. Gosch has served in several executive leadership roles since becoming president in preparation for the promotion, including as president and chief operating officer.

Gosch started his Hy-Vee career in 1996 as a part-time clerk at the Coralville, Iowa, store.

Tweeten will be Hy-Vee’s first woman president. She began her career with the the West Des Moines, Iowa-based company in 2006 as assistant vice president of communications. Tweeten was appointed chief of staff in 2020 after being elected to the board of directors and serving as executive vice president, chief marketing officer/chief customer officer.

The company also named Hy-Vee executive Aaron Wiese president of Hy-Vee Inc., where he will oversee all Hy-Vee healthcare and retail pharmacy locations, as well as Hy-Vee Healthcare LLC, the company’s newest subsidiary. In addition, Wiese will be responsible for Hy-Vee’s new technology initiatives and will continue to oversee several Hy-Vee subsidiaries, along with Hy-Vee’s supply chain and distribution operations across the company’s region.

Van Gundy joined the Hy-Vee leadership team in 2019 as senior vice president, administration, industry and government relations. Prior to Hy-Vee, she served as executive director of the Iowa Business Council (IBC), an organization of CEOs and top executives from the 23 largest employers in Iowa. Van Gundy also previously led global strategies for a Fortune 250 company and worked in the retail industry in various capacities for nearly 10 years.