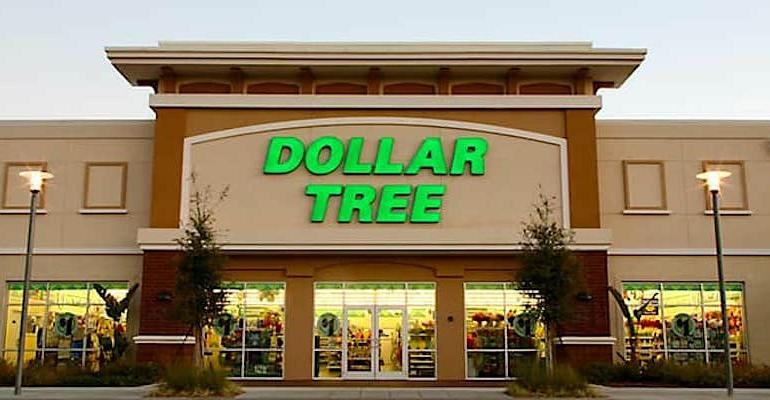 Dollar Tree
"Our sales and margins are encouraging, our work to improve the customer experience is driving traffic, and we are now capturing more of the benefits inherent in bringing the Dollar Tree and Family Dollar management teams together under one roof," new Dollar Tree CEO Michael Witynski stated.
News>Executive Changes

Dollar Tree has named grocery industry veteran Michael Witynski as president and CEO, succeeding Gary Philbin, who is retiring after a 40-year career.

Previously enterprise president, Witynski, 57, takes over the new post effective immediately, Dollar Tree said Monday. Plans call for Philbin, 63, to remain with the Chesapeake, Va.-based company as an executive and board member until Sept. 23. 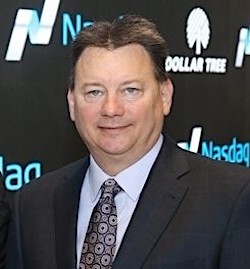 “I am honored to take on this new role and excited about Dollar Tree’s opportunities to drive even more value for our customers and shareholders,” Witynski (left) said in a statement. “We have great momentum. Our sales and margins are encouraging, our work to improve the customer experience is driving traffic, and we are now capturing more of the benefits inherent in bringing the Dollar Tree and Family Dollar management teams together under one roof. It has been a privilege to work with Gary, and I wish him the best for the future.”

Witynski joined Dollar Tree in 2010 as senior vice president of stores and then was promoted to chief operating officer in July 2015. He added the president’s title in June 2017 and this past December was named enterprise president, a newly created position. The appointment, part of other leadership changes, provided further integration of executive oversight following Dollar Tree’s completion of the Family Dollar Stores acquisition in July 2015, the company said at the time.

“Mike has a deep understanding of every facet of our business and is well-prepared to take over as CEO,” commented Philbin, who has been at the company 19 years. “I look forward to his leadership in driving our initiatives at both Family Dollar and Dollar Tree banners to deliver great values, an exciting shopping experience and more value for our long term shareholders.”

“Mike is a proven leader, having joined the company in 2010 as senior vice president of stores and rising to president and chief operating officer of Dollar Tree Stores in 2017. He was then promoted to enterprise president in 2019, where he was responsible for leading the merchandising, store operations and supply chain functions for both the Dollar Tree and Family Dollar brands,” Executive Chairman Bob Sasser stated. “Under Mike’s leadership, we have driven outstanding performance — first at Dollar Tree and most recently at Family Dollar. He helped put in place a broad range of operational and talent initiatives to position our company for an even more successful future, as witnessed by the recent successes at Family Dollar. I am delighted to have Mike Witynski step into this new leadership role.” 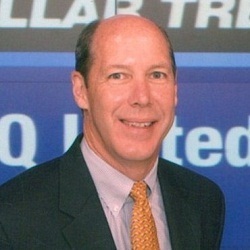 Philbin (left) came to Dollar Tree in 2001 as senior vice president of stores and then was promoted to positions of increasing responsibility. He became president and CEO of Dollar Tree in September 2017. During his tenure, he has driven the development of private brands, customer research and marketing, and operational excellence in store-focused initiatives, Dollar Tree said. The company noted that Philbin also has been key to the evolution of Dollar Tree’s store format, acceleration of the integration of Family Dollar, and the creation of Family Dollar’s new H2 format.

“The board and I are grateful to Gary Philbin for his steadfast commitment and tireless efforts over nearly two decades to help make Dollar Tree the company it is today,” Sasser added. “Gary’s leadership as CEO brought our banners together as one company in Chesapeake. Through his efforts, we have a succession plan in place to ensure the smoothest possible leadership transition. On behalf of the board, his colleagues and our associates, we thank Gary and wish him all the best in his well-deserved retirement.”

Dollar Tree stands at No. 22 on the 2020 Supermarket News Top 75 Retailers and Wholesalers list, with estimated consumables sales of $14.55 billion. By stores, Dollar Tree is No. 2, now operating about 15,370 stores in 48 states and five Canadian provinces under the Dollar Tree, Family Dollar and Dollar Tree Canada banners.

"Mr. Witynski has experience working with both the Family Dollar and Dollar Tree banners, which are both showing signs of improvement in margins and store traffic following a period of underperformance," Jefferies analyst Christopher Mandeville wrote in a research note on Monday.