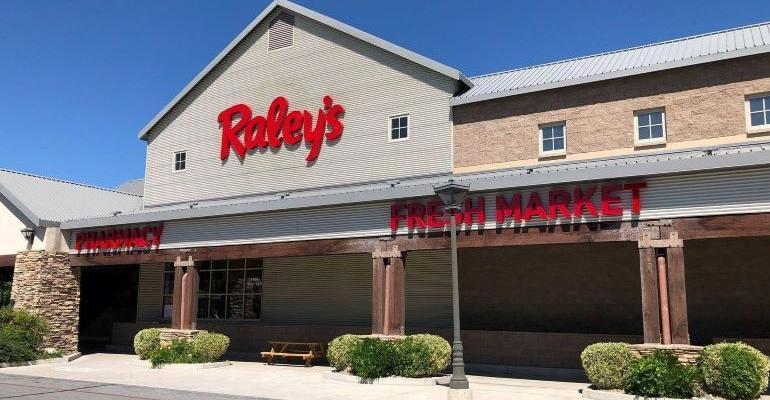 The Raley’s Cos. promotes three execs under shared services model

The Raley’s Cos., parent of Raley’s and The Bashas’ Family of Stores, has promoted Craig Benson, Helen Singmaster and Matt Hilbrink to new roles within its enterprise organization.

West Sacramento, Calif.-based Raley’s said this week that Benson has been appointed chief information technology officer and will now lead The Raley’s Cos.’ expansion of its technical and operational capabilities. A 23-year company veteran, he previously served as senior vice president of technology after holding a range of posts in the Western grocer’s IT organization.

“As a member of the executive leadership team, Craig has proven to be a thoughtful, dedicated and strategic partner,” Keith Knopf, president and CEO of The Raley’s Cos., said in a statement. “Under his leadership and that of his team, The Raley’s Cos. are consistently able to meet the demands of our business and the evolving expectations of our customers. I am grateful for his contribution and leadership.”

Pictured from left: Craig Benson, Helen Singmaster and Matt Hilbrink of The Raley's Cos.

“Helen is the epitome of a service leader,” according to Knopf. “Helen has been a source of stability and expertise for 25 years. The board, executive leadership team and I are grateful for her leadership and ongoing contribution.”

Meanwhile, Hilbrink now serves as vice president of enterprise risk and asset protection, overseeing the strategy and execution of risk management, environmental health and safety, food safety and quality assurance, asset protection and corporate security for the portfolio of companies. He previously was senior director of enterprise risk and asset protection for the Raley’s business unit. Hilbrink joined Raley’s in that role in 2016 after spending seven years at CVS Health, most recently as senior regional manager of loss prevention. Before that, he served as director of loss prevention at Longs Drug Stores, which was acquired by CVS in 2008.

“Matt is an outstanding thought partner who prioritizes the safety and wellbeing of our team members and customers,” Knopf commented. “We are fortunate to have such an experienced leader.”

Raley’s noted that all three roles are a part of its shared services model, supporting all the companies and brands in the enterprise. The Raley’s Cos. was formed late last year when Raley’s closed its acquisition of Southwestern grocer The Bashas’ Family of Stores.