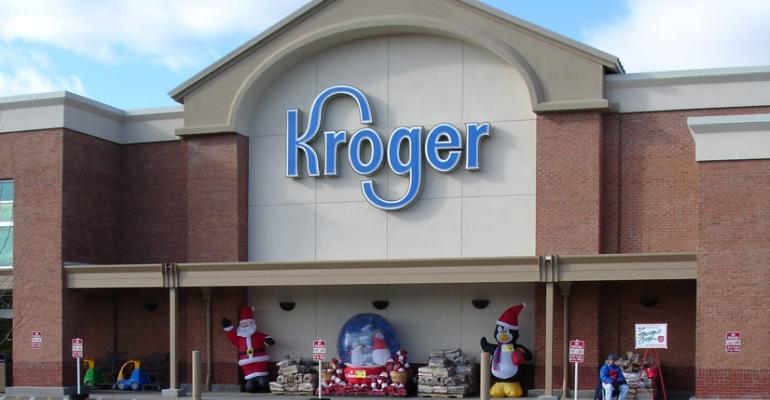 “So far in November you can see where SNAP dollars are down but customers are substituting and buying with cash [what they are not buying with SNAP],” said Rodney McMullen, president and chief operating officer, in a conference discussing results for the third quarter, which ended Nov. 9. “So the trend so far for that customer hasn’t changed, but the way they’re paying for their product has changed. How much of that is at the expense of other consumption items would be pure speculation.”

Consumers might be getting a boost, however, from lower fuel prices, relative to last year, he added.

As previously reported, SNAP benefits were reduced by 5.5% last month, or by about $36 for a family of four, according to the Food Marketing Institute. The benefits previously had been increased temporarily as part of the American Recovery and Reinvestment Act.

J. Michael Schlotman, senior vice president and chief financial officer, said sales results in the final two months of calendar 2013 could be impacted by several unusual factors in addition to the SNAP cuts, including the shortened time between Thanksgiving and Christmas this year, unease over the impact of health care reform and the sluggish economic recovery.

In projecting its performance for the full year, Kroger gave a wide earnings estimate — between $2.73 and $2.80 per share — that it said reflected this uncertainty.

“While these are fairly large ranges with one quarter to go, several factors … make it a little more difficult precisely to predict the fourth quarter,” Schlotman said. “We do realize such a wide range of potential earnings per share results this late in the year could be somewhat confusing. It could also raise questions about where our trends are going into next year. We remain very confident in our ability to deliver 2014 results in line with our 8% to 11% earnings per share growth targets.”

The uncertainty around earnings might have contributed to a pullback on the stock on the day the earnings were announced, according to analysts.

“Management’s cautious tone about Q4 is clearly having some impact on Kroger shares,” said Ajay Jain, an analyst at Cantor Fitzgerald, New York.

He noted that the company’s positive outlook for 2014 was encouraging, however.

“Any change in shopping frequency or basket size should be more evident by the end of Q4,” he added.

Kroger said it expects identical-store sales of 3% to 3.5%, excluding fuel, in the fourth quarter.

For the third quarter, Kroger posted its 40th consecutive quarter of ID sales growth, and also reported earnings in line with analysts’ estimates.

Kroger said net income for the third quarter totaled $299 million, down 5.7% from the year-ago quarter, which included one-time gains from a credit-card lawsuit settlement and a reduction in pension-fund contributions. Sales increased 3.2% to $22.5 billion in the third quarter, and identical sales, excluding fuel, rose 3.5%.