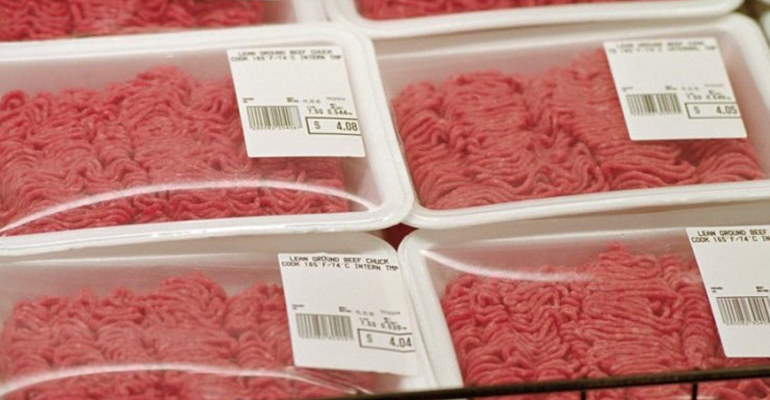 Albertsons Cos. and Publix Super Markets Inc. have recalled a range of ground beef products because of potential contamination with E. coli bacteria.

The products were supplied by Fort Morgan, Colo.-based Cargill Meat Solutions, which last week announced a recall of 25,288 pounds of ground beef products that it said may contain E. coli O157:H7.

Albertsons noted that the product recall list includes some items that weren’t made with Cargill beef but were prepared in proximity to the recalled Cargill beef. The affected products were sold between Aug. 20 and 23 and have sell-through dates of Aug. 21 to 25.

Cargill reported that it discovered the problem on Aug. 22 after reviewing records and determining that the products may be associated with items that were presumptive positive for E. coli O157:H7. The company said it then notified the USDA’s Food Safety and Inspection Service (FSIS).

According to Albertsons and Cargill, there have been no confirmed reports of illness related to the consumption of Cargill products or items sold at Albertsons, Safeway, Pak ‘N Save or Vons stores. The USDA’s FSIS, however, has expressed concern that some products may be stored in consumers’ refrigerators or freezers. Customers who have bought the affected products are urged throw the items away or return to them to the place of purchase.

Meanwhile, Lakeland, Fla.-based Publix yesterday issued a voluntary recall of ground chuck products due to possible contamination with E. coli O26 but said the supply source has yet to be determined.

The USDA’s FSIS said it was notified of an investigation of E. coli O26 illnesses on Aug. 16, and then the agency — along with the Centers for Disease Control and Prevention, state public health authorities and agriculture partners — determined that raw ground chuck was the probable source of the reported illnesses. The investigation identified 18 case patients, mainly from Florida, with illness onset dates from July 5 to July 25. Traceback information indicated that patients consumed ground chuck products purchased at various Publix supermarkets and supplied by a yet-to-be determined source.

Publix noted that it will continue to work with regulatory agencies to identify the supplier(s) that may have provided the contaminated product.

“Food safety is our top priority. We have been working closely with various federal agencies as we share the common goal of maintaining food safety and public health. We urge our customers to make sure they no longer have ground chuck products purchased in the affected Florida counties from June 25 through July 31 in their freezers,” stated Maria Brous, media and community relations director at Publix. “Customers should dispose of the product or bring it in for a full refund.”