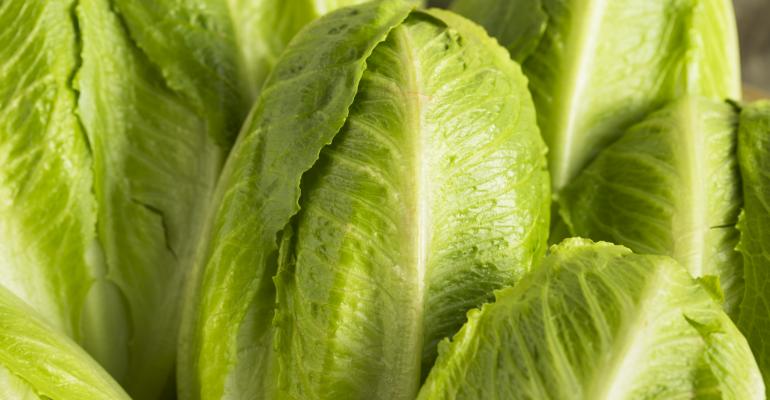 bhofack2/iStock/Getty Images Plus
The FDA reiterated its warning that consumers should not eat romaine lettuce harvested from Salinas, Calif.
Issues & Trends>Food Safety

The FDA on Thursday reiterated its warning from November 22 that consumers should not eat romaine lettuce harvested from Salinas.

According to Deputy Commissioner for Food Policy and Response Frank Yiannas, “Our investigation has led us to farms in Salinas, California, and while the FDA is sending investigators there to look for the source of contamination, we are updating our advice today to help protect the public health and to help ensure we contain this outbreak. Consumers should not eat any romaine lettuce harvested from Salinas, California.

The FDA further said that if romaine lettuce does not have labeling information for its growing area or the source cannot be confirmed, consumers should not eat or use the lettuce. Restaurants and retailers should not serve or sell romaine lettuce if they cannot confirm it is from outside Salinas. Suppliers, distributors and other supply chain partners should also not sell or ship any romaine lettuce from Salinas. At this time, there is no recommendation for consumers or retailers to avoid using romaine harvested from other sources outside of Salinas or labeled as indoor, or hydroponically and greenhouse-grown.”

The FDA continues to actively investigate the cause of this outbreak. Additionally, the FDA is investigating two other E. coli outbreaks, each caused by strains that are different from each other and different from the larger outbreak. Earlier this week, the FDA, U.S. Centers for Disease Control and Prevention (CDC) and the Canadian Food Inspection Agency announced an outbreak linked to Fresh Express Sunflower Crisp Chopped Salad Kits. To date, the CDC reported eight confirmed cases in the U.S. across three states associated with this cluster of illnesses. The Public Health Agency of Canada also reports 24 cases in six Canadian provinces.

As part of these investigations, the FDA and state partners are conducting traceback investigations to trace romaine exposures to the source.

E. coli are mostly harmless bacteria that live in the intestines of people and animals and contribute to intestinal health. However, eating or drinking food or water contaminated with certain types of E. coli can cause mild to severe gastrointestinal illness. Some types of pathogenic (illness-causing) E. coli, such as Shiga toxin-producing E. coli (STEC), can be life-threatening.

At this point, there have been a total of 102 illnesses reported in 23 states, with 58 hospitalizations.