&ldquo;There&rsquo;s a real hyper-focus on protein right now. ... People want everything to be a magic bullet. Temporarily it may help, but in the long run it&rsquo;s all about balance and moderation.&rdquo; &mdash; Amy McLeod, staff dietitian, Brookshire Brothers

Look in any supermarket aisle and there’s evidence of America’s deepening love of protein. Whether it’s frozen entrees, meal bars or yogurt, protein is the call-out ingredient on the package.

And like any love affair, the more the better. Kashi Go Lean cereal has 13 grams of protein per serving, an amount unheard of in a grain-based food; PowerBar’s ProteinPlus bars weigh in with 23 grams; and an 8-ounce container of Voskos’ nonfat plain Greek yogurt contains 20 grams.

The post low-carb-diet-fad reemergence of protein as an ingredient list favorite can be traced directly to the national fight against obesity. Protein expert Donald Layman, a professor of nutrition at the University of Illinois, says the diet and fitness messages sent by the public health sector have been heard by the food industry.

“The topics everyone has gotten interested in involve protein for weight control, protein relative to aging, and protein for satiety and appetite control,” he said.

Protein-rich foods have seen impressive gains over the past year. According to SymphonyIRI, bar sales alone are up 8.6% through June, to $3.5 billion in the food/drug/mass channel (excluding club stores and Wal-Mart).

Sales might be up, but so is concern that consumers don’t understand the science of protein. Layman credits food manufacturers with responding to consumer need with products designed to manage weight. But he thinks their products should reflect better science.

“There are a lot of companies just sprinkling protein on their products like a dessert topping with little purpose,” he said.

To enjoy the full nutritional benefit of protein, a typical person requires roughly 60 grams a day. Researchers have found that for protein to have any real effect, the eating occasion needs to include a minimum of 30 grams.

“Anything of 20 grams or less brings no benefit at all,” said Layman.

Such science talk is often difficult to translate for consumers. Supermarket dietitians addressing the topic can simply remind their shoppers that protein isn’t a cure-all.

“People want everything to be a magic bullet,” said McLeod. “Temporarily it may help, but in the long run it’s all about balance and moderation.”

While the health benefits of tea have been touted for centuries, that hasn’t stopped tea makers from improving on the beverage’s reputation by adding new levels of functionality.

A number of companies, including Celestial Seasonings, The Republic of Tea and Salada Tea, have introduced bag teas infused with herbs, vitamins or other nutrients to produce new blends that address specific health or lifestyle issues.

“The majority of the consumers are grasping that tea can be more than a beverage to drink, it’s something that can help their health improve,” said Larry Baer, senior brand manager for Salada. 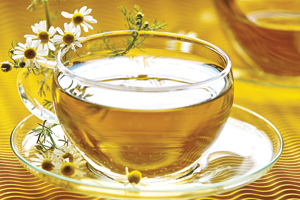 Other recent functional tea blend introductions include Celestial Seasonings’ Metabo Balance, a green tea designed to help support a healthy metabolism, and LaxaTea, a combination of herbs and botanicals designed to relieve occasional constipation. This spring, The Republic of Tea introduced its Be Active tea line. With a base of South African Rooibos, the herbal teas are designed to boost flexibility and endurance, as well as post-workout recovery.

Despite the modern additions, nothing beats the popularity of simple green tea, which remains the tea category leader in mainstream supermarkets. Sales of a subcategory that Nielsen-owned SPINScan Conventional calls “green teas and supplements” rose 7.9% to $49 million in food, drug and mass over the last year. Individual botanicals have also shown strong growth, according to the sales tracker. Among the top-sellers were licorice (up 21%), dandelion (29%), fenugreek (up 21%) and chamomile (11%).

“A big misconception about healthy food is that it’s kind of gross,” noted Tara Coleman, clinical dietitian and consumer spokesperson for Salada. “When it’s true health, it’s a delicious and pleasurable experience.”

Raw food diets go by many names. Among the more humorous are the caveman diet and Paleolithic diet, both referring to emphasis on unprocessed, uncooked foods of the kind our ancient ancestors might have eaten.

Yet sales of products marketed as raw are no joke. Dollars spent on “naturally positioned” cookies and snack bars classified as raw soared by nearly 30,000% to $388,300 in food, drug and mass stores over the past year, according to SPINScan Conventional, powered by Nielsen.

During the same time period, sales of natural bread and baked goods soared 2,098%; natural chips, pretzels and snack sales grew by 518%; crackers and crispbreads rose by 189%; and sales of meal replacements and supplement powders grew by 114%.

Though the category is starting out small, it’s attracting serious-minded wellness shoppers looking for nutrient-dense foods, according to industry observers. Among other benefits, raw foods are thought to have greater enzyme availability, promote optimal health, and give the users increased vitality and clarity.

“The consumer who is looking to be healthier loves the idea of eating raw because it represents their aspirational desires to be healthier,” said Melissa Abbott, senior director of culinary insights for The Hartman Group, a consulting firm. “What happens is that they’ll never go 100% or they might not go raw all day, or they might just choose their snacks to be quasi-raw,” Abbott said.

Quasi-raw — like the part-time, “flexitarian” aspect of vegetarianism — defines the middle ground where most consumers shop, and the best opportunity for mainstream retailers. Quasi-raw products are processed and have a shelf life, and include some items supermarkets are already carrying, like dehydrated seaweed, fruits and vegetables, the fermented tea known as kombucha, many grain-based snacks and protein bars.

“Whether you’re just going to eat a salad for a lunch, or incorporate raw foods into a standard American diet, it’s really what is inspiring consumers,” said Abbott.

Raw food advocates tend to be more serious in their efforts, and look for their products at traditional supermarkets, natural food stores, farmers’ markets and other types of outlets. For example, a raw food eater surveyed by The Hartman Group said that she shops at Safeway, Kroger, Trader Joe’s, the local farmers’ market and the local dollar store.

If their regular supermarket doesn’t have products, raw foodists gravitate to natural food or specialty stores, which often have dedicated displays and sections. Some operators have added raw juice bars in recent years. A number of Whole Foods Market stores, for example, feature fresh juice bars, as do co-ops like the Wedge in Minneapolis.

Foodservice is also noticing the current uptick in interest. Restaurants in certain regions where the diet is popular might offer some menu items, while others, like Cafe Gratitude, a chain of six restaurants in Los Angeles, serve a variety of raw food meals. Even celebrity chef Charlie Trotter offers raw food tasting menus at his Chicago restaurant.

The bright yellow powder could soon become a mainstream hit in the supplement aisle, following a year of double-digit growth in the natural food channel.

Best known as an ingredient in curry or mustard, turmeric was the fastest-growing botanical supplement last year in natural food stores (not including Whole Foods Market), of the Top 5 tracked by SPINS. Sales increased just over 20% to reach $12.6 million. Only flax seed and wheat/barley grass earned more. 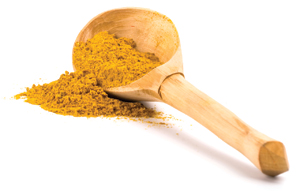 “Used as both medicine and food for centuries, accumulating evidence suggests that this relative of ginger is a promising preventive agent for a wide range of diseases, probably due largely to its anti-inflammatory properties,” wrote health guru Dr. Andrew Weil on his website, in describing turmeric’s potential to alleviate conditions such as arthritis.

Turmeric is typically available for direct consumption in two forms — as a powdered spice, or as curcumin, an extract found in capsule form. A limited number of turmeric-based teas are also available.

By comparison, the top-selling botanical in conventional food-drug-mass (excluding Wal-Mart and club stores) was cranberry, with sales of $40 million, up 13% from 2010, according to SymphonyIRI. Turmeric did not make the list, but as with many other wellness trends, retailers look to the independent natural food segment to see what’s on the horizon. In this case, the view is golden-hued.

H-E-B stands at the top in pharmacy customer satisfaction
Jul 28, 2022