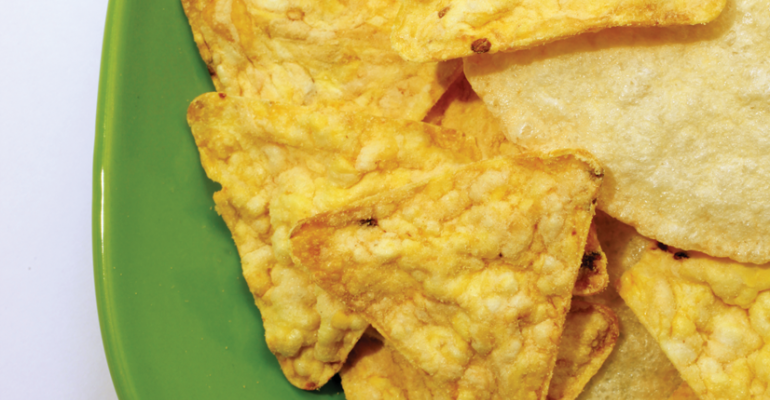 &ldquo;There&rsquo;s an image that this group didn&rsquo;t know which end of a pan to pick up. That&rsquo;s not true. They shop a lot, they cook as much as their parents did and they entertain with food. They&rsquo;re the foodies.&rdquo; &mdash; Jon Miller, professor, University of Michigan

Don’t you forget about me…

Simple Minds’ 1985 coming-of-age anthem announced the arrival of a still-young Generation X just then entering adulthood. Fast forward to today, and not much has changed. This group of 51 million is singing the same song as middle-aged consumers with jobs and families.

The current message, however, is directed at marketers who seem more obsessed with the generations that bookend them: Baby Boomers and Millennials.

“They have sometimes been called the ‘sandwich generation’ and often they feel squeezed between these two larger and flashier generations,” wrote Douglas Keene, a forensic psychologist in a profile of the peer group. “Generation X is a smaller population than either the Boomers before them or the Millennials that followed.”

Yet, they have become a force to be reckoned with. Born between 1965 and 1980, Gen Xers are today the middle-aged, parents-with-kids, working full-time backbone of American society. In the supermarket, they are the ones largely responsible for driving early awareness and acceptance of organic foods and related wellness categories.

“They have a much better sense of food values, nutrition and its contribution to their health,” noted Jon Miller, a University of Michigan professor at the school’s Institute for Social Research. “There’s more sensitivity to the health side of food, not just taste and price.”

Gen Xers were once characterized as disengaged slackers, or latchkey kids growing up in divorced households. Sociologists are now reassessing their earlier opinions. Generation X has matured into an independent group that is hard-working, involved in family and community, and has kept up with the breathtaking pace of change in technology.

“There’s an image that this group didn’t know which end of a pan to pick up. That’s not true. They shop a lot, they cook as much as their parents did and they entertain with food,” said Miller, who has written extensively about Generation X in a series of studies. “They’re the foodies.”

The fact that there aren’t as many Gen Xers as Boomers or Millennials should be irrelevant to food marketers, say experts, because this is a group of consumers in its prime. Members have an aggregate income that exceeds $1.1 trillion, and they have a substantial influence on a wide variety of sectors, according to Packaged Facts.

One area of Gen X life in particular has benefited food retailers: the expansion of the shopping base to include more men. According to Miller’s studies, men and women were equally likely to watch food shows on television and, while married women cooked the most — preparing about 12 meals a week, on average — both married and single men prepared about eight meals a week.

When healthy vending machines first started appearing amid the soda and candy dispensers, there were good intentions but also many question marks surrounding them. Would consumers actually opt for a rice cake over a chocolate bar? 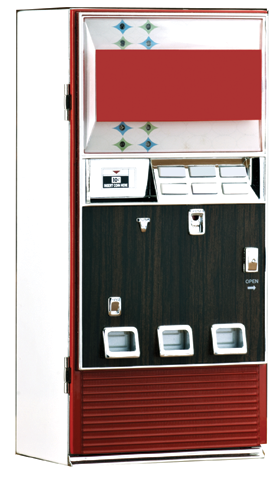 It turns out they will — and they’ll keep coming back. Companies like HUMAN Healthy Vending Machines are rapidly expanding their footprint, making them one of the few bright spots in the $11.7 billion vending market.

Since 2010, HUMAN has expanded from 300 machines to more than 1,500. CEO Sean Kelly attributes much of this growth to the success of the natural and organic industry, with the awareness and better-for-you appeal of brands like Cascadian Farm and Barbara’s Bakery helping the company establish a foothold in schools, fitness centers and offices. Last month, HUMAN inked a deal to become the exclusive vending provider for the YMCA. Products in the machines replace soda with unsweetened iced tea and chocolate with nutrition bars.

Technology has also helped drive the market forward, with machines that feature touchscreens, cashless payment systems, remote stock monitoring and more. According to market research firm Packaged Facts, innovations like these make the fixtures themselves more appealing. No more pulling levers or digging for loose change.

“We’re really trying to bring the vending machine up to speed with the 21st century,” said Kelly.

How to Lose Weight but Eat Well

It wasn’t too long ago that anyone trying to lose weight had limited choices. They could read labels on packages and count calories themselves, or join a program that provided portion-controlled frozen meals for a set price.

Luckily for consumers, new alternatives have emerged, and they are much tastier and accessible than before. Some are coming straight out of supermarkets, where in-store dietitians conduct classes and even create a weekly package of three meals and two snacks using products pulled directly from store shelves.

Such is the case at Hy-Vee, the West Des Moines, Iowa-based chain that employs nearly 200 dietitians. Kristen Decker, the nutritionist for a Hy-Vee unit in Davenport, Iowa, recently related how the meals have become the centerpiece of the Fast! Fit! Food! program.

“The meals are the one thing that’s really taken off as the program has continued,” she said. “There’s really a need for this service.”

The menus are written out and evaluated for nutrition and calorie count before the dietitians circle the store, placing selected products into tote bags that are then put aside for customer pick-up.

“We count the calories, so they don’t even need to think about calorie intake,” said Decker.

“It’s super-delicious food, it’s genuinely healthy, and it’s as convenient as it can get because it’s delivered to your door,” she said.

Duncalfe, who has a background in internet start-ups, saw the potential of the home delivery model after realizing there were no really solid, reliable food choices for active businesspeople.

“I thought, where is great food made?”

Duncalfe found her answer in restaurants. Real Food Works contracts with local chefs based on their menu and profile, and then works with them to build various dishes that are analyzed for nutritional content. The arrangement is ideal for the restaurants since all production is done on days when the kitchen is typically closed, such as Monday.

Real Food Works’ intended customers are people who want to eat healthy, but need a more convenient and reliable way to do it, or who are interested in transformation.

“It’s not that people were going to cook that night and decided to get Real Food instead, it’s that they’re too busy and they were going to stop and pick up Chinese,” said Duncalfe.

Popcorn Is Popping Off Shelves

Popcorn, that timeless snack, is starting to look pretty timely. Restaurants like Denver-based Linger are serving it up as an appetizer and as a way to add texture to dishes like grilled tilapia. Manufacturers, too, have discovered the versatility of the light, airy snack food. Angie’s, Quinn Popcorn, 479 Degrees and Popcorn, Indiana are just a few of the companies offering products with edgy flavors like ginger sesame caramel, and Vermont maple and sea salt. 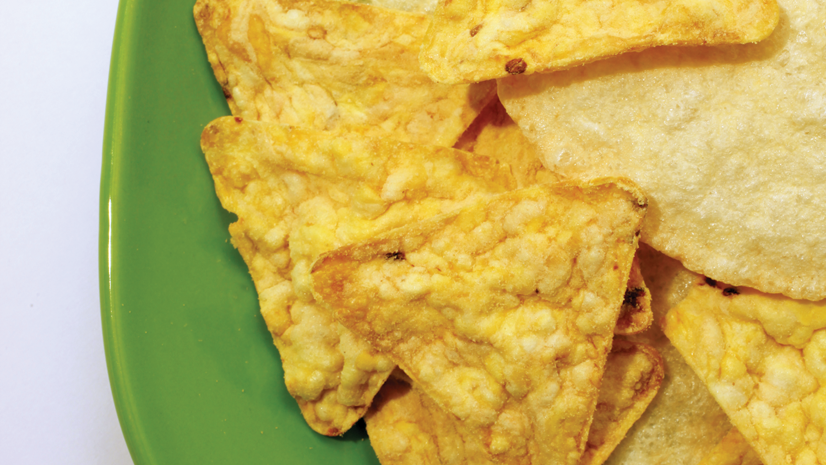 “It has that fun texture, and you can eat a lot of it without feeling guilty,” said Kazia Jankowski, associate culinary director with Sterling Rice Group, Boulder, Colo. “We have so much interest in exploring big flavors, and popcorn can easily carry all of that.”

Popcorn’s new growth is just part of the transformation happening with puffed and popped snacks right now. Low in calories, satisfyingly crunchy and able to take on a wide range of flavors, these air-filled favorites are gaining traction as stand-alone offerings and in tandem with a variety of other treats. Cadbury recently introduced a line of milk chocolate bars with popcorn, while Plum Organics now sells granola clusters made with puffed brown rice, millet and quinoa, for kids.

The $65 billion snack category, like many others, is trending toward more healthful offerings. According to Nutrition Business Journal, sales of natural and organic snacks grew 11% in both 2010 and 2011. Air-puffed snacks allow companies to incorporate a better-for-you element while still clinging to the indulgent qualities that have long defined snack foods.

For years, Good Health Natural Foods has offered its puffed Veggie Sticks, which are fortified with a proprietary blend of vitamins and minerals, as an alternative to saltier, higher-calorie competitors. Now the company offers a “Half Naked” line of popcorn made with olive oil and available in flavors like Wild Blue Buffalo and Pop Chocolate.

“Popcorn has always been big, but I think people are really starting to realize it can be a good option for a low-fat snack that’s a little bit indulgent without being over the top,” said Terry Meyer, executive vice president at Good Health.

One key factor in meeting this demand, Meyer and Jankowski noted, is the evolution of manufacturing technology. Meyer said that the starch-based pellets used to make popped snacks have been streamlined within the past five years to the point where they’re much more versatile, able to make a wide range of puffs, pops, chips and doodles.

“With this technology, the options are somewhat endless,” he said.