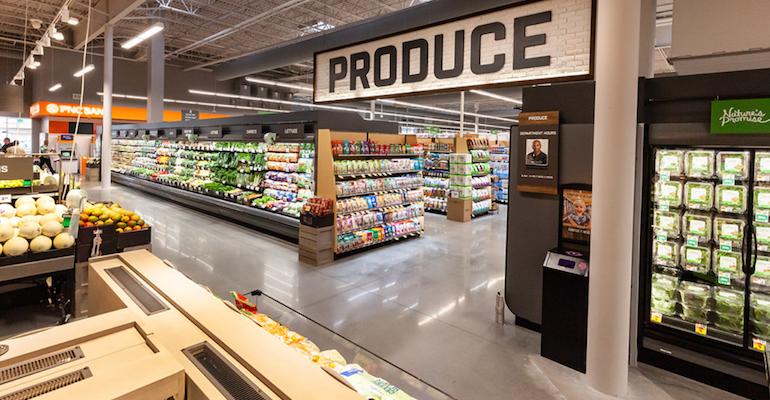 Ahold Delhaize USA plans to publicly disclose the percentage of food sales from healthier products via a collaboration with the Partnership for a Healthier America (PHA).

Plans call for at least 54% of private-label food sales — including store-brand products and unbranded bulk items — across Ahold Delhaize USA grocery chains to achieve one-, two- or three-star ratings under Guiding Stars by June 2025.

“Providing customers with affordable, nutritious food every day and leveraging our collective scale to move the needle on important public health issues is integral to our mission to make a local impact with a greater purpose,” Brittni Furrow, vice president of sustainable retailing and healthy living at Ahold Delhaize USA, said in a statement. “We look forward to this new partnership and working collaboratively to create a healthier America.”

“With this commitment, Ahold Delhaize USA has raised the bar for grocery retailers. This is a win for consumers, through increased sales of healthier foods, and a win for public health through greater transparency of healthier sales data,” commented Nancy Roman, president and CEO of Partnership for a Healthier America. “When companies are committed to not only stocking healthier options, but also encouraging sales of those items, real change can happen.”

An Ahold Delhaize USA subsidiary, Portland, Maine-based Guiding Stars launched at Hannaford in 2006 and at Food Lion in 2007 and then was expanded to Giant Food, Giant/Martin’s and Stop & Shop in 2018.

“Guiding Stars is designed to help customers shop for foods with more nutrition,” stated Julie Greene, director of Guiding Stars. “By providing the threshold for better nutrition, Guiding Stars enables Ahold Delhaize USA to measure its efforts in this space.”

Overall, Ahold Delhaize USA operates 16 traditional and e-commerce distribution centers that supply 1,971 grocery stores in the New England, Mid-Atlantic and Southeast regions and fulfill more than 6 million annualized online grocery orders. At its Capital Markets Day investor event in November 2018, Ahold Delhaize USA said it aimed to have 50% of its own-brand food sales recognized for good nutritional value by 2020 and to further improve the health benefits and sustainability of its food brands by 2025.