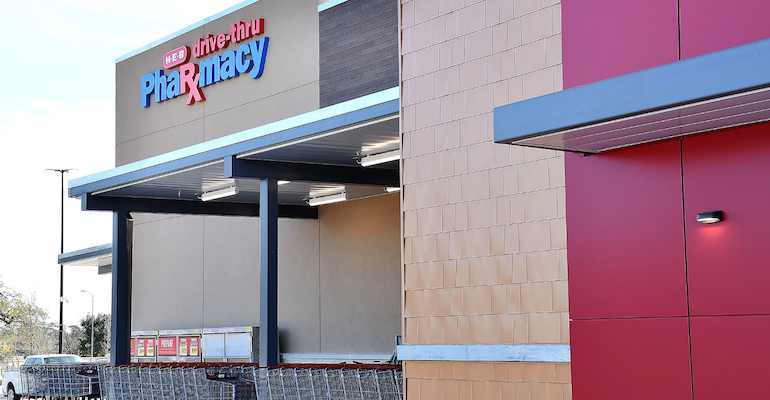 H-E-B earned the top score among supermarkets in pharmacy customer satisfaction in the J.D. Power 2021 U.S. Pharmacy Study, even as the grocery store channel saw its satisfaction rating decline from a year ago.

Related: Walmart, Amazon up the ante in pharmacy

San Antonio-based H-E-B ranked first in the supermarket category with a pharmacy customer satisfaction score of 896, surpassing last year’s grocery channel leader and overall winner Wegmans Foods Markets, which garnered an 892 rating this year for the No. 2 spot among grocers. Topping all companies in the 2021 study was independent drugstore network Good Neighbor Pharmacy (AmerisourceBergen), with a 912 score.

H-E-B noted that, besides a first-place finish in overall satisfaction, H-E-B Pharmacy was rated highest among supermarkets in cost competitiveness and the prescription ordering and filling process, according to the J.D. Power study. Overall, H-E-B operates nearly 290 pharmacies in Texas.

“This award illustrates a true team effort of H-E-B Pharmacy Partners working together to achieve our Bold Promise of building the greatest retailing company,” Craig Norman, senior vice president of pharmacy at H-E-B, said in a statement. “This recognition is a direct result of everyone’s hard work, leadership and dedication to the health and wellness of our customers.”

After earning the highest overall satisfaction rating among brick-and-mortar pharmacies for four straight years, supermarkets were edged out by mass retailers in J.D. Power’s 2021 study. Mass merchants tallied an average segment score of 866 (up from 859 in 2020), followed by supermarkets at 863 (down from 866 in 2020) and chain drug stores at 856 (up from 850 in 2020).

Mail order finished first among all pharmacies for the second consecutive year, with an average segment score of 877, up from 869 in the 2020 study. 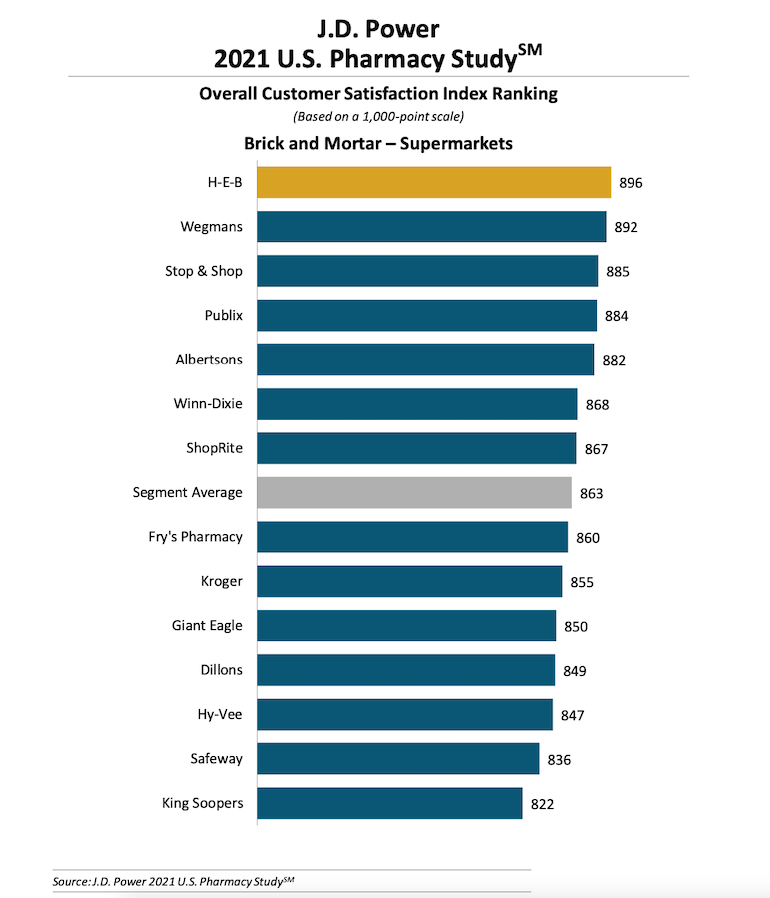 Walmart, the third-largest U.S. pharmacy retailer, turned in a below-average score (856) in the mass merchant pharmacy segment. Sam’s Club and CVS Pharmacy at Target led with respective scores of 891 and 879, while Costco’s mark of 877 came in well above the category’s average rating. 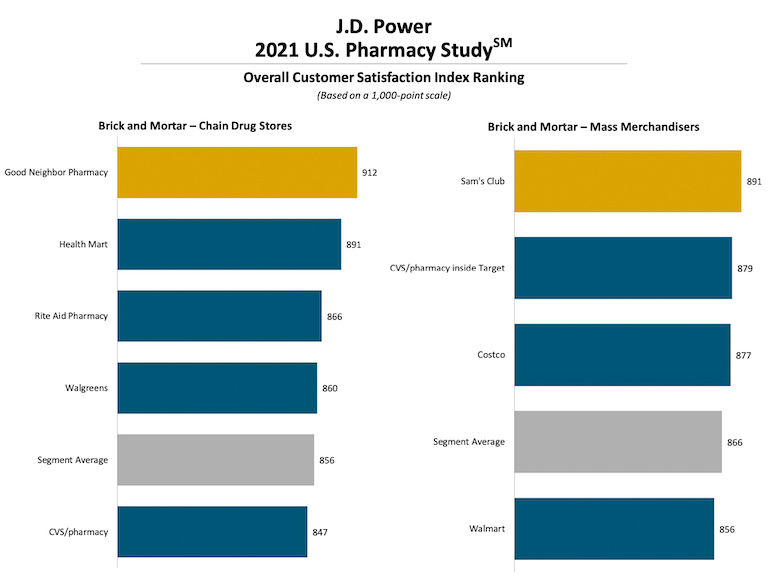 The overall high marks in the 2021 U.S. Pharmacy Study, J.D. Power’s 13th, reflect U.S. consumers’ strong degree of trust in retail pharmacies for health care services, considering that the nation is still grappling with the COVID-19 pandemic, according to James Beem, managing director of health care intelligence at J.D. Power.

“It was not long ago that the major pharmacy chains, health care providers, health plans and consumers were all asking themselves whether or not people would ever feel comfortable receiving treatment in a retail setting,” Beem said in a statement. “While we have been seeing consumer satisfaction with retail health services grow steadily, this year marks a significant turning point in which most customers are now using these services.

“The fact that this happened during a pandemic should send a clear signal that retail pharmacies are transforming health and wellness services in America,” he noted.

Among the 2021 study’s findings, 51% of retail pharmacy customers said they’ve used health and wellness services at their pharmacy within the past 12 months, up from 48% in 2020 and 43% in 2019. Vaccinations and routine health screenings were the most frequently used services.