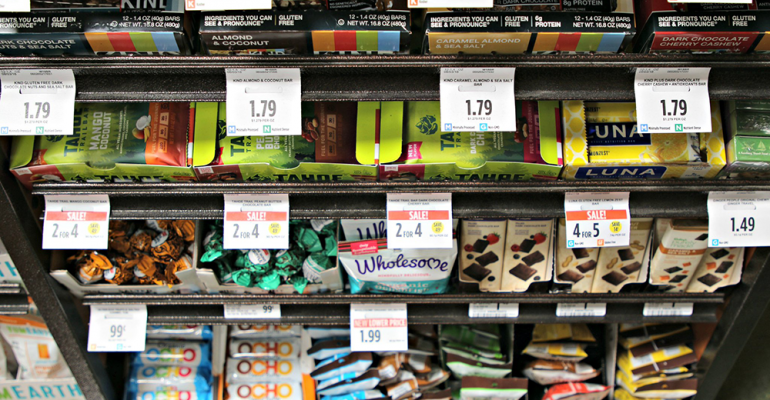 Raley’s makes checkstands ‘better for you’

Raley’s has set the stage for customers to make smarter choices in satisfying their snack cravings at the checkout lane.

On Monday, the West Sacramento, Calif.-based supermarket chain said it has shrunk the candy offerings at its checkstands by 25%, eliminated conventional candy and replaced it with a bigger selection of snacking options offering greater nutritional value, more portion control and less sugar content.

The new snack assortment at checkout balances nutrition and indulgence, ranging from protein-focused snacks and lower-calorie sweets to low-preservative snacks, according to Raley’s. Examples include bars, such as KIND, Clif and Tahoe Trail; smaller packaged candy, including Chocolove, Bark Thins and Justin’s; chips; beef jerky; nuts, such as Blue Diamond; gum and mints; and alternative snacks like seaweed, rice bars and olives. 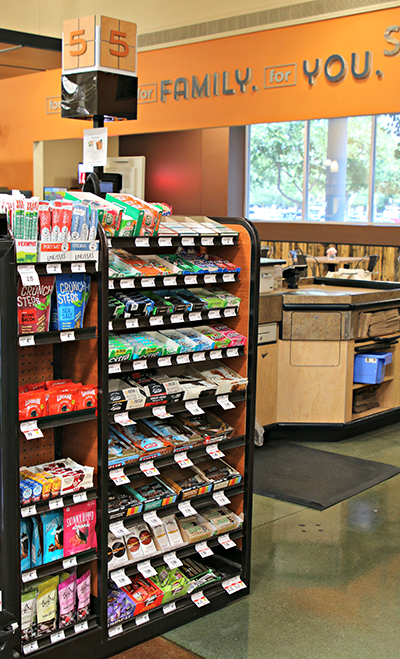 Many of the new snack products meet Raley’s Shelf Guide standards, including nutrient-dense, non-GMO and vegan, among others, the company noted.

“We want to make it easier for our customers to make better choices for their personal health journey,” Raley’s President Keith Knopf said in a statement.

Raley’s rationale behind the move is to emphasize that candy and other sugar-heavy snacks are treats and to counteract impulse buys by placing “better for you” items in the high-traffic checkout area. Citing Food and Drug Administration research, the retailer reported that most Americans consume over 13% of total calories (270 calories) daily from added sugars, exceed the recommended limits.

Besides providing healthier fare, the updated checkstands will expose customers to new products and lesser-known brands, many of which are industry leaders in offering cleaner ingredient decks, Raley’s said.

“We are already seeing customers respond favorably to our improved offering, which supports their ability to act on their own intentions and choose to eat well, whether they’re filling their carts or grabbing a quick bite,” Knopf added.

Raley’s said the change continues its efforts in recent years to shift shoppers to “better for you” products. In 2016, the grocer eliminated sugar-sweetened soda and cut back on its overall candy offerings, while providing alternative beverage and snack options. The chain’s stores also offer free fruit for children while they shop.