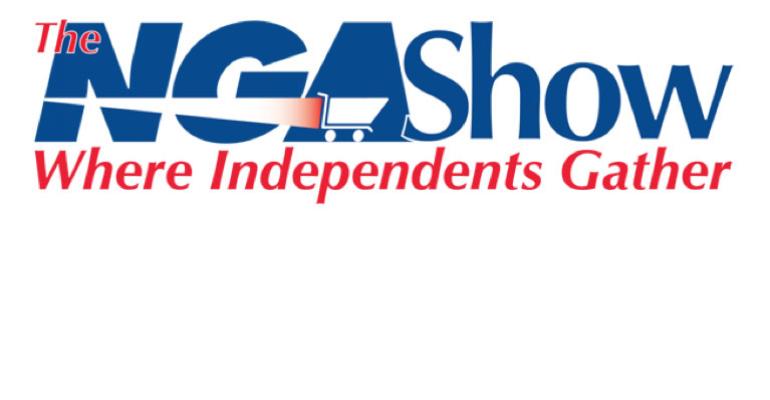 &quot;While it&rsquo;s too early to know if things will change, it&rsquo;s clear that if people see growth in their paychecks and gain more confidence, this could be a very good year for independents.&rdquo; &mdash; PETER LARKIN, NGA

“As I travel around the country, a lot of members tell me 2013 was a very challenging year, due in large part to a lack of consumer confidence,” he explained. “A lot of people have changed their shopping habits, and although the economy may be expanding, it’s moving slowly, and it appears many consumers are reluctant to open their pocketbooks because they’re not sure things will work out.

“Some retailers see more opportunities this year and are cautiously optimistic about 2014, and they’re ready to put 2013 in the rear-view mirror. And while it’s too early to know if things will change, it’s clear that if people see growth in their paychecks and gain more confidence, this could be a very good year for independents.”

As retailers look for answers, Larkin said he expects attendance at this week’s convention in Las Vegas to hit record levels for several reasons.

“We will have 40 different workshops with about 115 different speakers, and more than half those speakers will be retailers and wholesalers talking to their peers. That’s appealing to our members because they want to hear what’s going on with best practices in the real world.

“As for the Expo exhibit floor, people understand we have supplier companies there who are meaningful to their businesses and who want to talk to independent retailers and wholesalers.

“We had 45% more space to sell this year, and we were sold out last November, with more than 200 exhibitors representing many segments of the industry.”

The wide array of exhibitors is partly a result of NGA deciding to partner with several other trade groups, Larkin said, including Produce Marketing Association, North American Meat Association and Center for Advancing Retail & Technology, all of which have linked up with NGA in the past, plus two new partners — General Merchandise Distributors Council and American Frozen Food Institute.

“Having more partners in our Expo allows member companies to bring more of their people to the convention from different departments, and as a result the partners help us develop a wider array of educational workshops that appeal to a broader industry segment.”

Attendance will also benefit from IGA, which is co-locating its annual Global Rally in Las Vegas the weekend before the NGA convention, Larkin pointed out.

According to Larkin, 2013 was a significant year for NGA, particularly with the release of a study in April that demonstrated the clout of the independent grocery sector — $130 billion in annual sales, or nearly 1% of the total U.S. economy as determined by gross domestic product statistics.

“Thank goodness we decided to undertake the study because it has enabled us to demonstrate our impact at the city, state and national level, even down to individual congressional districts,” Larkin said.

“My task this year has been to make members aware of the numbers and the ‘size of the prize,’ and we’ve encouraged them to use the numbers with whatever legislators and vendors they speak to, and they have been doing that.”

Less than a year since the release of the numbers, Larkin said it’s too early to point to any specific results from the study’s findings, “but based on how the numbers are being used, we think the results will have real impact over time.”

He said the numbers, broken down in all sorts of ways, are available at www.GrocersImpactAmerica.com — “to allow companies to use the data as needed — for example, to determine the impact of Hispanics in the independent grocery sector.”

Larkin said he expects the data will be updated every couple of years.

The study was part of a broader Member Value Project that sought to improve the services NGA provides. Ongoing MVP initiatives include the following, Larkin said:

• In the area of industry relations, NGA reformatted its trading partner business sessions for a conference last fall that involved 50 different companies — 30 retailers and wholesalers, plus 20 suppliers — engaging in 230 one-on-one meetings over a day and a half, an effort Larkin said NGA hopes to repeat next fall.

“We held the one-on-ones apart from the convention because we didn’t want to take retailers and wholesalers off the exhibit floor or out of workshops or general sessions,” Larkin explained.

However, in an effort to provide additional meeting opportunities on-site at the convention, Larkin said NGA planned to experiment with a Trading Partners Collaborative Lounge throughout the day Sunday — before the NGA meeting convened in the evening — “to enable retailers a time and place to schedule meetings with suppliers or suppliers to ask for meetings with certain retailers.

• In the area of education, NGA has been hosting “webinar Wednesdays” since May on a variety of topics. The 30-plus webinars so far have attracted nearly 1,000 registrants, Larkin said, and they will continue.

NGA has also boosted the number of online training programs to 105 during the year, compared with 80 the prior year, with offerings in both English and Spanish. According to Larkin, more than 200 member stores participated in 2013, with more than 2,000 industry employees taking the online courses.

The association is also continuing to increase the number of share groups, with more than 100 companies involved in one of the seven groups available, Larkin said. Each group is limited to between 10 and 15 members, with one member hosting each meeting.

NGA is starting a second human relations share group, he said, and the “next-generation” group, which has previously met only online, will hold its first face-to-face meeting during the convention, he added.

• In the area of technology, NGA — in association with CART — has rolled out initiatives that enable technology companies that want to do real-world testing to work with NGA to find retailers to work with. NGA and CART rolled out eight projects in 2013, with 12 more in the pipeline, Larkin said.

Aside from the introduction of the Trading Partners Collaborative Lounge, new wrinkles at this year’s convention will include an expanded Best Bagger contest, sponsored for the first time by PepsiCo; and a more inclusive Creative Choice Awards process.

This will mark the fourth consecutive year NGA has held its convention at the Mirage Hotel in Las Vegas, and the association has agreed to hold the 2015 event there.

“Beyond next year, we’re evaluating our options and looking at other opportunities around the U.S.,” Larkin said.