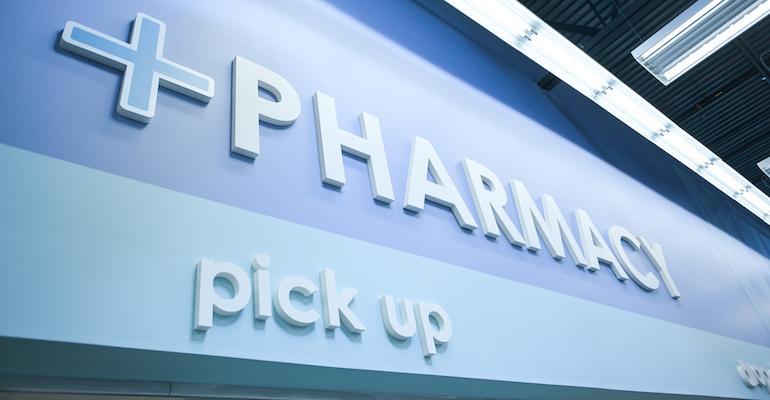 Called the Coalition for PBM Reform, the group aims to bring more transparency to what its members say are anticompetitive and “opaque” business practices by PBMs. The coalition — whose participants include doctors, pharmacy, retail, health care and small-business groups and patient advocates — cite “underwater” reimbursements, patient steering and other questionable PBM practices as restricting patient access and hiking costs.

“Our members’ retail stores include 10,000 supermarket pharmacies providing the full array of health and well-being tools that are so important to our customers. Unfortunately, despite their essential role during the COVID-19 pandemic, supermarket pharmacies are struggling to stay in business due to the anti-competitive practices of PBMs,” FMI President and CEO Leslie Sarasin said in a statement. “We look forward to working with the diverse group of organizations making up the Coalition for PBM Reform to collectively seek greater transparency in the way PBMs operate that will benefit patients, health care providers, employers and pharmacies alike.”

According to the Coalition for PBM Reform, PBMs are a part of the health care system that’s “dominated by a few giant corporate middlemen” and whose practices go largely unchecked.

“Our organizations represent millions of patients, hundreds of thousands of employers, and thousands of health care providers whose access to medicine is threatened by a handful of companies that dominate the prescription drug industry,” the coalition said in a group statement. “These companies decide prescription drug benefits, set prices, limit access and threaten the viability of local health care providers. Moreover, they do so without treating or counseling a single patient and without providing insurance coverage to a single employee or family.”

“Since they work for the largest insurance plans, public and private, their practices affect the cost of prescription drugs for most Americans and most employers. Nevertheless, they operate far outside of the public view. In fact, the terms they impose on patients, providers and employers are negotiated completely without scrutiny,” the Coalition for PBM Reform said. “Transparency and information are the keys to any healthy market. They form the basis on which consumers can make decisions. Those elements are largely absent from the prescription drug market, and this coalition aims to change that.”

A chief concern of PBM reformers are pharmacy direct and indirect remuneration (DIR) fees. DIR fees refer to post-point-of-sale compensation received by PBMs and Medicare Part D plan sponsors for prescription drugs. Used in the calculation of final Medicare payments to Part D plans, these fees primarily are rebates paid by drug manufacturers but also include concessions paid by pharmacies, such as pay-for-performance network fees and reimbursement reconciliations. As a result, DIR fees affect the final cost of a drug for payers and the price paid to pharmacies for a drug.

A key focus of retail pharmacy industry efforts to crack down on DIR fees has been a lack of transparency for these costs and the fact that they’re often charged retroactively, after the point of sale for drugs dispensed to seniors under Part D. Pharmacies of all sizes have felt the financial squeeze, especially small operators.

This past spring, FMI joined with other retail and pharmacy industry trade groups to endorse new federal legislation to tighten regulation of escalating DIR fees. The bill, called the Pharmacy DIR Reform to Reduce Senior Drug Costs Act (S. 1909 / H.R. 3554), was introduced in late May in the Senate by Sens. Jon Tester (D-Mont.) and Shelley Moore Capito (R-W.Va.) and in the House by Reps. Peter Welch (D-Vt.) and Morgan Griffith (R-Va.).