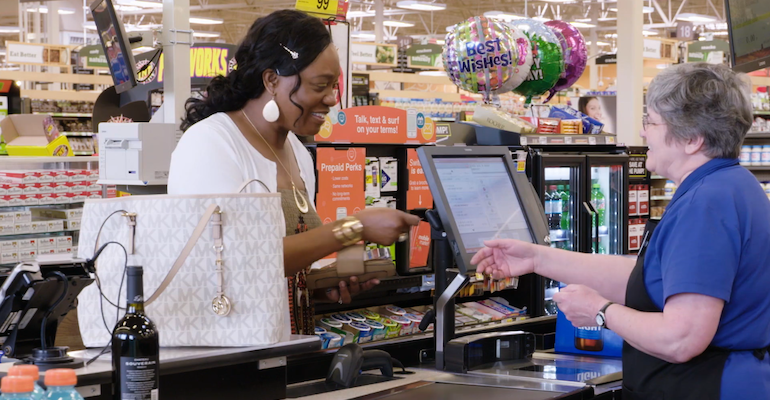 *Editor's Note: Story updated with donation information from Albertsons Cos.

Amid the protests that have swept the nation over the killing of George Floyd by a Minneapolis police officer, grocery retailers are speaking out against racism and funneling funds to organizations that promote racial diversity and inclusion.

Albertsons Cos. on Wednesday announced $5 million in donations to social justice organizations as well as those "on the front line of the fight for equality."

“Racial justice and equality cannot be achieved by people returning to the status quo. We must intentionally open a door to lasting change across our country,” Albertsons Cos. President and CEO Vivek Sankaran said in a statement. “We’ve seen unity in the seas of people throughout the country demanding justice for those whose lives were senselessly taken and calling for an end to hatred, intolerance and systemic racism. We will be part of the solution by helping our communities lay the foundation for racial equality and social justice.”

Albertsons noted that its first step involved a conversation between executive leaders, African-American associates and several of its Associate Resource Groups. On Friday, the company hosted a town hall meeting with representatives of its division diversity councils and some of its ARG leaders and associates to discuss the issues surrounding the demonstrations and provide store directors with talking points for their teams. Also, late last week, the Jewel-Osco Foundation committed $1 million to Chicago’s Together Now fund. Jewel-Osco Foundation was the first outside donor for the fund, which was initiated with a $10 million city commitment to address the immediate needs of small businesses. 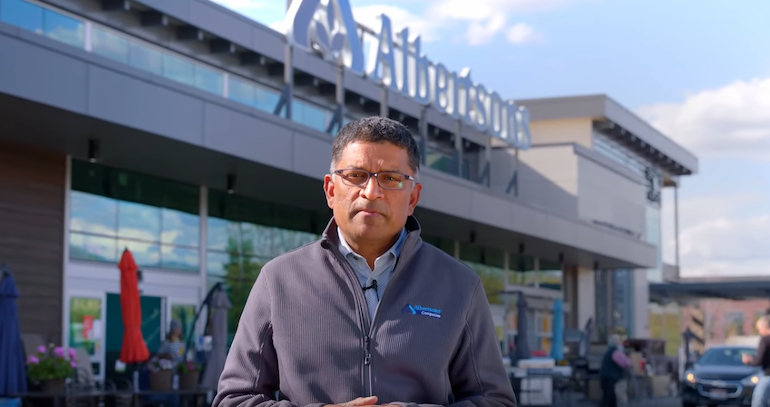 Albertsons CEO Vivek Sankaran: "We will be part of the solution by helping our communities lay the foundation for racial equality and social justice.”

“Courageous conversations can lead to bold actions and push the societal change we need,” added Sankaran. “This dialog requires collectives of friends, co-workers, students, community organizers, business leaders, and elected officials committed to building strategies to combat systemic racism and disparate treatment of people of color. We hope to be a catalyst for change and a resource for community organizations as our country works toward social justice.”

Hy-Vee’s donation will be funded through the company’s philanthropic One Step program. Meanwhile, volunteer hours already have begun in the Minneapolis metropolitan area, where the retailer’s employees have spent the past few days working with local organizations to provide meals, snacks and water to those in impacted neighborhoods. Hy-Vee staff also have helped with neighborhood cleanup efforts in the Twin Cities.

“There are times when actions speak volumes and when actions can help to create real, long-lasting change. And for us, this is one of those times,” Hy-Vee Chairman, President and CEO Randy Edeker said in a statement. “Hy-Vee was founded on a guiding set of principles we call our 15 fundamentals. Four of those fundamentals — fairness, caring, respect and dignity — deeply pertain to the current situation our country is facing today. All those who call Hy-Vee home — whether it be an employee, customer or supplier — should and will feel welcomed, included and appreciated. Anything less is unacceptable.”

Warehouse-style grocery chain Smart & Final, based in Commerce, Calif., plans to donate $100,000 to the educational arm of the NAACP Legal Defense and Educational Fund, which advocates for racial justice.

“Across the nation, we are in a difficult and divisive time. Our entire team at Smart & Final is distraught and disgusted about the senseless killings of George Floyd, Breonna Taylor, Ahmaud Arbery and too many others,” Smart & Final President and CEO Dave Hirz said in a letter to customers this past weekend. “All human beings are created equal and endowed by God with certain rights. And let me be very clear: Black Lives Matter. They matter to Smart & Final, and they matter everywhere. It’s important that we all continue to speak out about injustice. But merely speaking out is not enough. We must all step up to fight for equality and determine what role we can play in a more just society that works to end the systemic racism in our country moving forward.”

Smart & Final also is “taking a hard look at ourselves internally,” Hirz added. To that end, the company’s diversity and inclusion committee will foster education of associates on racial issues to ensure it’s properly serving all employees and customers.

“For us, taking action also means recommitting to the communities we serve, many of which are in incredibly diverse neighborhoods,” Hirz wrote. “We recognize that it is during times like these that we are needed more than ever. I’ve been extremely proud of our teams’ around-the-clock efforts to keep our stores safe, open and ready to serve our communities, including all of the neighborhoods in which our Smart & Final stores were damaged and looted during recent riots.” 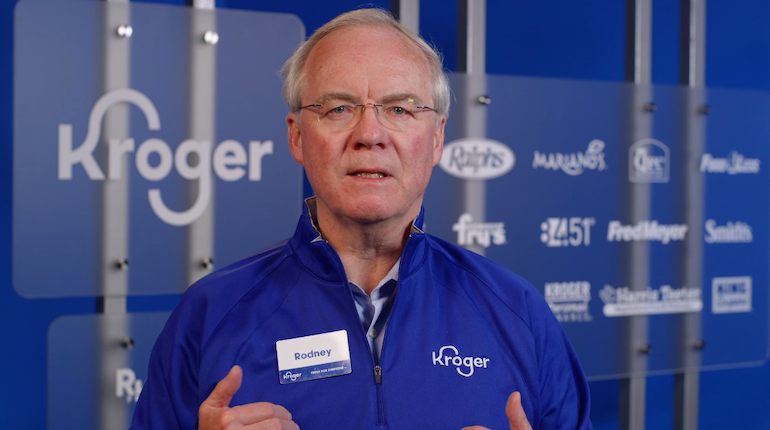 "We share in feelings of sadness, fear and outrage. We must use our voice to express that we are against racism and injustice against the black community," Kroger Chairman and CEO Rodney McMullen commented.

“Our commitment to help and support now is critical, as so many of our associates, families, friends, customers and communities are hurting, frustrated and angry. The senseless killings of George Floyd, Breonna Taylor, Ahmaud Arbery and so many more — too many more — across our country have shaken us to our core. We share in feelings of sadness, fear and outrage. We must use our voice to express that we are against racism and injustice against the black community. We can and we must do better as a company, community and company to become a greater part of the solution,” Kroger Chairman and CEO Rodney McMullen said in a video on the company’s Facebook and Twitter sites.

“We believe the most important next step is to listen. We are creating more opportunities for our associates to openly share their thoughts, feelings and experiences with discrimination and for our company and leaders to more deeply and deliberately listen,” he explained. “We encourage our leaders to listen to your teams, peers, friends and family. We will continue to educate and show our leaders and associates how to be stronger allies, to be more empathetic, supportive and aware of our own unconscious bias so that together we can build a better, more inclusive Kroger.”

“This has been a moment of clarity and reflection that we all have deeper work to do. We are committed. We are open and listening to our associates and community partners and engaging advocacy groups to further understand what more we can do, and we will share our progress,” McMullen said. “I don’t know what it feels like to walk in somebody else’s shoes. What I do know is it’s my responsibility to help Kroger be part of the solution to our black associates, customers and allies. We see you. We hear you. We support you. And I stand with you.” 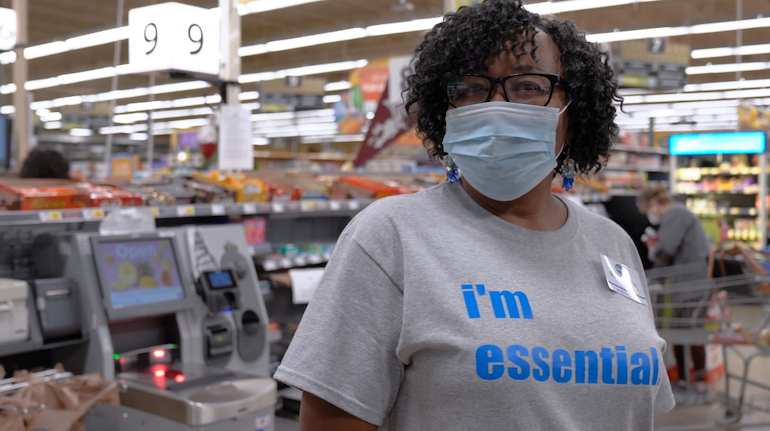 “The last few months have brought unprecedented challenges to our company and our country. Throughout this time, I’ve been proud of Publix associates, working in our stores, facilities and behind the scenes to do what we have historically done so well: care for each other and our communities. Today, it’s evident that our support and compassion are required on an even deeper level,” CEO Todd Jones wrote in a letter to Publix employees.

“Like you, I’m saddened and unsettled by any racial injustice or events that divide our country. There are many emotions we are feeling: fear, anger, anxiety and impatience,” Jones said. “Now, more than ever, is the time for us to listen with open hearts and to lead with empathy — toward each other, toward our customers and toward our communities. At Publix, we reject racism and discrimination of any kind.”

Target Corp.’s Lake Street store in Minneapolis’ Longfellow neighborhood, near where Floyd was killed, was looted and destroyed during the ensuing riots. The company also has closed a number of other stores across its market area in connection with the demonstrations. In support of efforts to advance social justice and help local communities rebuild and recover, the Minneapolis-based retailer on Friday unveiled a $10 million investment from Target and the Target Foundation to support partners such as the National Urban League and the African-American Leadership Forum in addition to adding new partners in Minneapolis-St. Paul and nationwide.

Target’s initial efforts also include 10,000 hours of pro-bono consulting services for black- and people-of-color-owned small businesses in the Twin Cities, aimed at helping with rebuilding. The company, too, said it will continue to provide essentials such as baby formula, diapers and medicine to communities most in need, as well as enable customers to direct Target funds to local nonprofits and organizations supporting social justice via the Target Circle loyalty program.

“Target stands with black families, communities and team members,” Chairman and CEO Brian Cornell said in a statement. “As we face an inflection point in Minneapolis and across the country, we’re listening to our team, guests and communities, committed to using our size, scale and resources to help heal and create lasting change.” 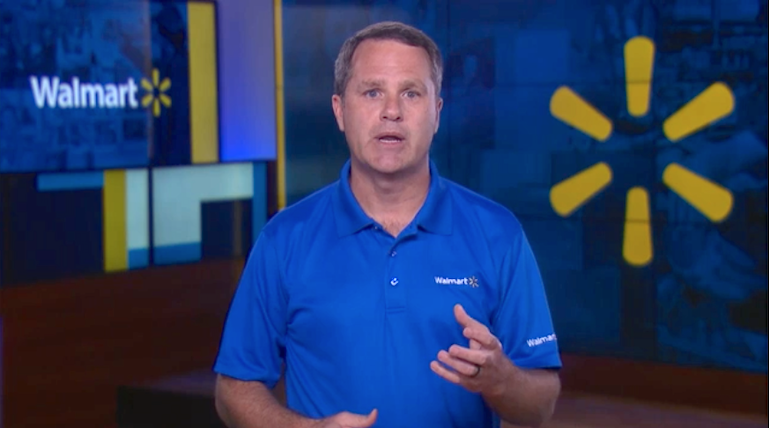 Walmart CEO Doug McMillon: "We are going to use the power of Walmart to invest resources and develop strategies to increase fairness, equity and justice in aspects of everyday life."

“The goal of the center is to help advance economic opportunity and healthier living, including issues surrounding the social determinants of health, strengthening workforce development and related educational systems, and support criminal justice reform with an emphasis on examining barriers to opportunity faced by those exiting the system,” Walmart President and CEO Doug McMillon said Friday during the company’s afternoon meeting.

Walmart’s investment aims to “address systematic racism in society head-on and accelerate change,” according to McMillon. Floyd’s killing “is not an isolated event” and “our nation has failed to fully acknowledge and resolve the root issues,” he noted.

“We are going to use the power of Walmart to invest resources and develop strategies to increase fairness, equity and justice in aspects of everyday life,” he explained. “We will find the natural overlaps between Walmart’s core business and society’s larger needs that perpetuate racism and discrimination. We will take actions to influence them in a positive direction, consistent with our human values of decency and equity.”

In the United States, Walmart has more than 340,000 black employees. “Over the past few days, I’ve personally heard from many of our associates, leaders and members of the Walmart community. Overwhelmingly, people are hurting,” McMillon said. “There is an intense sense of pain, fatigue and frustration. Let me say clearly to our black and African-American associates and communities: We hear you, we see you. I want you to know you are valued.”

Earlier last week, San Antonio-based H-E-B became one of the nation’s first grocery retailers following Floyd’s death to earmark financial support for causes battling racial injustice. The company announced a $1 million fund, dubbed “Be the Change,” to help advance the conversation on addressing racial inequity and injustice in Texas communities. The fund will accept donations from customers online, in stores and on H-E-B’s Favor delivery site.