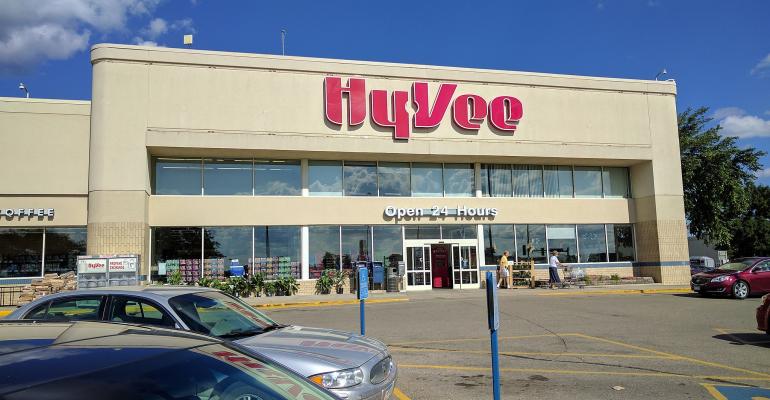 Midwestern grocery Hy-Vee has donated more than $220,000 to groups supporting racial equality and unity in recognition of Juneteenth, which marks the end of slavery in the United States.

Organizations receiving the initial donations, Hy-Vee said Friday, include the Starts Right Here organization, based in Des Moines, Iowa; the Alan Page Foundation, based in Minneapolis; and the Negro Leagues Baseball Museum (NLBM), based in Kansas City, Mo.

Also known as Freedom Day, Liberation Day and Emancipation Day, Juneteenth is celebrated in communities across the country to honor the U.S. emancipation of slaves on June 19, 1865.

Hy-Vee said the contributions are the first three donations from its previously announced $1 million and 1 million volunteer-hour commitment to organizations that support social justice. The West Des Moines-based grocer, with more than 260 stores in eight states, is funding the donations through its philanthropic One Step program.

“Juneteenth represents a significant turning point in our country’s history that should be honored and celebrated by all,” Hy-Vee’s Chairman, CEO and President Randy Edeker said in a statement. “Recent events have shown us the importance of strengthening our partnerships with local organizations that are bringing people of all backgrounds together. We know we have more to do and believe that by working together, we can make lasting changes.”

Of the $220,000 in funding, $120,000 was donated to the Page Education Foundation, which provides scholarships to underprivileged minority students throughout Minnesota. Hy-Vee said its contribution will go toward creating more scholarship awards and providing further education and mentorship opportunities for students.

Starts Right Here has received $50,000 from Hy-Vee to help with the development and expansion of vocational programming, volunteer programs and mentoring at the group’s Des Moines facility, currently under construction. The organization encourages and educates at-risk youth using the arts, entertainment, hip-hop, music, programs and other methods to empower young people to interact constructively, build significant relationships and motivate positive life choices.

Also receiving $50,000 was the Negro Leagues Baseball Museum (NLBM), with the donation earmarked for supporting the organization’s future community outreach. The museum is dedicated to preserving and celebrating the history of African-American baseball and its social advancement in the U.S., and Hy-Vee has supported NLBM and been a presenting sponsor of its Hall of Game since 2014.

“Hy-Vee has always been a company to step up and help during times of need,” stated Will Keeps, president of the Starts Right Here organization. “When COVID-19 hit and many people of all backgrounds needed food, they organized a massive food drive that is still helping people today. Now, as we all work to elevate the conversation around racial unity, they are once again leading the way, and I hope other businesses and individuals will follow with similar commitments.”

Over the weekend, Hy-Vee’s 11 stores in the Twin Cities held a donation campaign and “Stuff-A-Truck” event to provide food and essential supplies to local groups and food banks in response to the recent unrest in the area. In partnership with customers and suppliers, Hy-Vee contributed more than 15 truckloads of food and essentials, valued at more than $700,000, to support area residents in need and help restock local food banks.