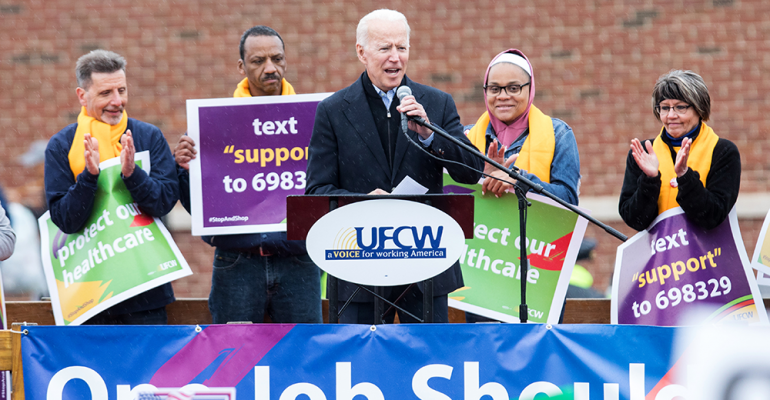 Opinion: The Lessons of the Stop & Shop Strike

This event was a huge win for unions 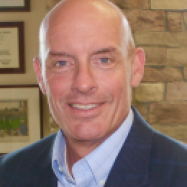 Joe Kefauver is managing partner of Align Public Strategies, a full-service public affairs and creative firm that helps corporate brands, governments and nonprofits navigate the outside world and inform their internal decision-making. This article does not necessarily reflect the opinions of the editors or management.

The recent strike at New England-based grocery chain Stop & Shop should be a cautionary tale for the leading restaurant brands and they need to take notice. To level set, nearly 31,000 employees of the company walked off the job protesting what they perceived was a cut in pay and benefits and an overzealous company commitment to automation. Do those issues sound familiar? The strike lasted a mere 11 days but what happened in that small window of time was very important.

First, although contract details have not been made public, it appears the union got much of what it wanted and demonstrated to their members — and potentially prospective members — the benefits of union membership. That is definitely a win for unions everywhere. Secondly, the strike demonstrated to all employers the business disruption that such an ordeal entails. Stores in Connecticut, Rhode Island and Massachusetts were barely able to stay open with only the most basic products available to consumers creating a huge financial and reputational blow to the company. And not only did 75% of Stop & Shop’s loyal customers refuse to cross the picket lines as well, other unions like the Teamsters jumped in and refused to deliver products to the stores. Again, the total business disruption was another huge win for the unions. But there’s another significant victory embedded in the outcome that should get the attention of major employers in this industry; that the labor community and their agenda of higher wages and benefits, pay equity, and increased labor protections of all types — including from automation — is the dominant force in the evermore progressive-leaning Democratic party.

It was almost as if the Iowa State Fair had come a year early. For prospective candidates of both parties, that is the quadrennial right of passage beauty contest to assess each candidate’s appeal to midwestern sensibilities and has in the past either jumpstarted or doomed many a campaign. For Democrats, the Stop & Shop strike served as a similar forum for candidates of all stripes to burnish their pro-labor bona fides and demonstrate their fidelity to the labor community. In only 11 days, Joe Biden, Elizabeth Warren, Pete Buttigieg and Amy Klobuchar stopped by to join the picket lines. And in lieu of being there, most of the other candidates publicly announced their strong support of the strike and were probably hastily making travel plans North when the strike ended. But the fact that Joe Biden was there is important. This is a man with a nearly 40-year record in the United States Senate of strongly supporting the union agenda — the working man’s hero from Scranton, PA — and the eight-year vice president of one of the most labor-friendly administrations in recent memory. If, after all these years of service to the cause, Joe Biden feels that he has to go to New England and join a picket line to receive the perfunctory pat on the head from labor, we are in a different world — one in which the labor community is calling the Democratic shots.

So what could this mean for restaurant companies? First, it creates an environment where any labor unrest, either real or manufactured, will get presidential-level attention. If I were running the campaign shop of the Service Employees International Union and Fight For $15, I would be creating some type of high-profile problem for a national brand in the form of a long period of protest, walkouts, or an outright corporate campaign. And I would be creating the opportunity — or in the case of Stop & Shop the necessity — for the leading Democratic candidates to jump onto the bandwagon and join the cause.

We have gotten used to young people with bullhorns protesting at McDonald’s and other leading brands, but we don’t have much experience with sitting United States senators and former vice presidents doing the same. It’s not a big leap to see that happening. In fact, it’s really easy to see that scenario unfold. Brands need to pay attention.