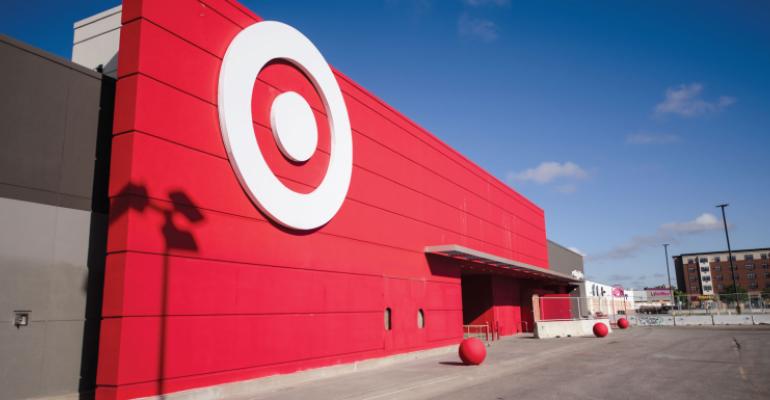 During the violence and property damage that erupted in Minneapolis in the aftermath of the George Floyd killing, one of the more dramatic images was of the destruction at the Target store on Lake Street, not far from the murder scene.

For Target group vice president Cephas Williams Jr., there was never any question about bringing that store back. “When I got a call from our CEO, Brian Cornell, I knew the answer,” Cephas wrote today in an open letter to the Lake Street Minneapolis community. “He asked, ‘What do you need from me?’ I told him: ‘We need to reopen our Lake Street store as soon as we possibly can.’”

Related: Target to increase number of Black team members by 20% over three years

As he explains in the letter, Williams joined Minneapolis-based Target in 2009 because he wanted to grow his career at a company that was heavily invested in the community. “When I became responsible for the stores in the Minneapolis area in January of 2020,” he said, “I found a real point of pride at the Lake Street store. We’ve operated there for more than 40 years and have become a part of the community, with many of our team members living within walking distance of the store.”

He continued, “When George Floyd was murdered nearby, I felt the same anger, despair and exhaustion that I know many of our Black team members and guests across the country also felt. As demonstrations for racial justice followed, I’ll admit I struggled to ground myself in Target’s purpose, especially as a Black man who knows the challenges people of color face in this country every day. How do you bring joy to all families in a community that has not only long struggled with economic and racial disparities, but now has been torn apart? In the midst of more injustice, pain and suffering, how do you inspire and bring hope?”

Rebuilding the Target store on Lake Street became part of the answer.

As rebuilding progresses at Lake Street, Williams said he recognized that how Target rebuilds is just as important — if not more so — as when it rebuilds. “We want the Lake Street community to view this store as a part of itself, not just a place to shop,” he said. “So we’re listening to the voices of the community and applying what we’re learning, and will continue to do so.”

Target is rebuilding the store hand-in-hand with the people who live nearby. The retailer has partnered with Noor Companies, a local and Black-woman-owned general contractor and developer, to lead the rebuilding efforts. The company has hired diverse subcontractors to assist with the project, several of whom employ team members from the local area. Target also brought in ConstructReach, a workforce development organization that introduces young diverse talent to the construction industry, to help with the project.

Nawal Noor, the owner of Noor Companies, noted, “I feel like construction is one of those industries where if you really include people who live and work in the places that you have your buildings, there's a different kind of a sense of ownership.”

Target on Lake Street is scheduled to open its doors in mid-November, marking one of the fastest rebuilds of a Target store ever.

In addition to reopening the store, Target has partnered with Lake Street nonprofits such as the YWCA throughout the summer to provide essential food and supplies to those in need. The company has accelerated $1 million in grants for small business recovery and rebuilding through the Target Foundation, supporting organizations such as the African Economic Development Solutions, the Latino Economic Development Center, the Neighborhood Development Center and the Lake Street Council.

Target has also kicked off its commitment to 10,000 hours of pro-bono consulting services for Black-, Indigenous- and people-of-color-owned businesses in the Twin Cities to help with their rebuilding efforts. Local team members have volunteered hundreds of hours to help with cleanup and community support in the area.

“When we reopen our doors, the Lake Street store will be a place where our guests can discover the joy of everyday life — a place that’s welcoming and hopeful,” said Williams. “We’ve expanded our food and beverage section in response to community feedback, built an additional entry next to the light rail to accommodate commuters and added touches inside and outside the store — like landscaping — to create a warm and inspiring place for guests. Our longer-term commitment is to create a space where the Lake Street community sees itself reflected — from the artwork on the walls to the products on our shelves. We’ll keep listening to you to make sure we get there.”