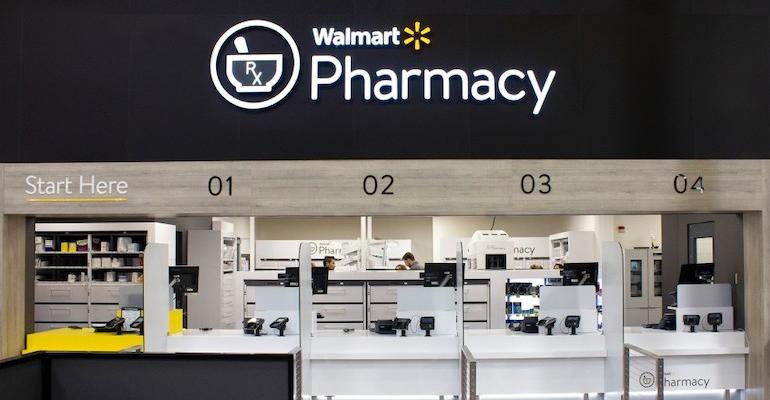 The U.S. Department of Justice (DOJ) on Tuesday filed a civil suit alleging that Walmart violated the Controlled Substances Act (CSA) through its pharmacies nationwide by filling thousands of controlled substance prescriptions that were “not issued for legitimate medical purposes or in the usual course of medical practice” and were dispensed “outside the ordinary course of pharmacy practice.”

The DOJ also claims that Walmart distribution centers, which stopped distributing controlled substances in 2018, received “hundreds of thousands of suspicious orders” that it failed to report to the Drug Enforcement Administration (DEA) as required.

Filed in the U.S. District Court for Delaware, the suit stems from a multiyear investigation by the DEA’s Prescription Interdiction & Litigation (PIL) Task Force. The DOJ contends that Walmart’s actions as an operator of pharmacies and wholesale drug distribution centers “helped to fuel the prescription opioid crisis.”

“As one of the largest pharmacy chains and wholesale drug distributors in the country, Walmart had the responsibility and the means to help prevent the diversion of prescription opioids,” Jeffrey Bossert Clark, acting assistant attorney general of the civil division at DOJ. “Instead, for years, it did the opposite — filling thousands of invalid prescriptions at its pharmacies and failing to report suspicious orders of opioids and other drugs placed by those pharmacies. This unlawful conduct contributed to the epidemic of opioid abuse throughout the United States. Today’s filing represents an important step in the effort to hold Walmart accountable for such conduct.”

With the complaint, Walmart faces potentially billions of dollars in civil penalties — up to $67,627 for each unlawful prescription filled and $15,691 for each suspicious order not reported, the DOJ said, adding that the court also may award injunctive relief to prevent further CSA violations. 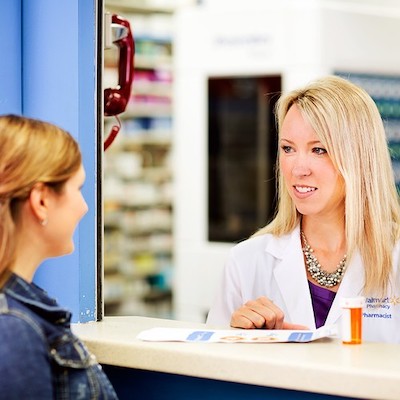 “We entrust distributors and dispensers with the responsibility to ensure controlled substances do not fall into the wrong hands,” DEA Acting Administrator Timothy Shea stated. “When processes to safeguard against drug diversion are violated or ignored, or when pharmacies routinely fill illegitimate prescriptions, we will hold accountable anyone responsible, including Walmart. Too many lives have been lost because of oversight failures and those entrusted with responsibility turning a blind eye.”

The DOJ’s action comes two months after Walmart filed a pre-emptive lawsuit against the DOJ and DEA over the responsibility of the company and its pharmacists in identifying suspicious opioid prescriptions.

In that suit, Walmart Inc. v. DOJ, filed Oct. 22 in the U.S. District Court for the Eastern District of Texas, the Bentonville, Ark.-based retailer calls on the court to clarify the roles and responsibilities of pharmacists and pharmacies under the CSA. At issue is a dilemma faced by pharmacists when dispensing opioid painkillers: Deciding whether not filling potentially illicit opioid prescriptions — i.e. those suspected of drug abuse or diversion by the patient — interferes with the medical decisions of doctors licensed the prescribe controlled substances.

Walmart said at the time that it filed the suit in response to threatened litigation by the DOJ, which the company claimed seeks civil penalties against the retailer for not going far enough in blocking doctors by refusing to fill opioid prescriptions.

The Justice Department’s investigation is tainted by historical ethics violations, and this lawsuit invents a legal theory that unlawfully forces pharmacists to come between patients and their doctors, and is riddled with factual inaccuracies and cherry-picked documents taken out of context,” Walmart said Tuesday in a statement on the DOJ’s lawsuit. “Blaming pharmacists for not second-guessing the very doctors the Drug Enforcement Administration approved to prescribe opioids is a transparent attempt to shift blame from DEA’s well-documented failures in keeping bad doctors from prescribing opioids in the first place.” 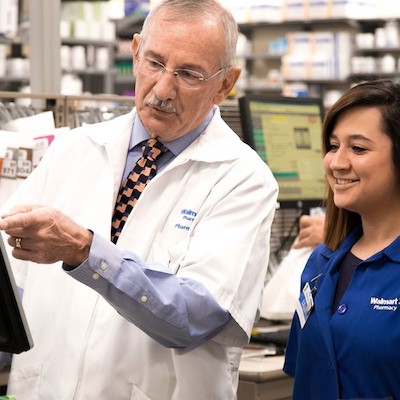 Also participating in the DOJ suit filed Dec. 22 are U.S. attorneys’ offices for Colorado, Delaware, North Carolina, New York and Florida. The federal government’s case against Walmart centers on its “critical gatekeeping responsibilities” as a dispenser and distributor of controlled substances as well as rules requiring Walmart to “recognize, investigate and resolve signs of a prescription’s invalidity — ‘red flags,’ in pharmacy terminology” before filling such scripts.

“Opioid addiction and abuse have devastated communities across our nation, and eastern North Carolina is no exception,” commented Robert Higdon, U.S. attorney for the Eastern District of North Carolina. “Walmart’s failures only made these problems worse. For example, our office prosecuted a physician for illegal opioid distribution. A jury convicted him just last year, and he is currently serving a 20-year prison sentence.  As it turns out, that physician expressly directed patients to Walmart to have their opioid prescriptions filled. Walmart’s own pharmacists reported concerns about the doctor up the corporate chain, but for years, Walmart did nothing — except continue to dispense thousands of opioid pills. My office will continue to work with others in the Department to ensure that Walmart — and all others who had a role to play in this ongoing opioid crisis — are held responsible.”

Walmart highlighted the issues and ambiguities surrounding the controlled substance prescribing and dispensing process in a blog post yesterday. The company said the lawsuit brought by the DOJ and DEA is “so misguided and misleading” because it attempts to “turn pharmacists and pharmacies into DEA’s own ‘doctor police’.” What’s more, Walmart said, the company’s pharmacists are being compelled to “come between doctors and their patients” in a way that lawmakers and regulators never intended, with patients not receiving needed medicine.

Walmart said its arguments are supported in recent amicus briefs by the National Association of Chain Drug Stores (NACDS) and the American Pharmacists Association (APhA); the American Association of Physicians and Surgeons (AAPS); and the U.S. Chamber of Commerce, Washington Legal Foundation (WLF), National Retail Federation (NRF) and Retail Litigation Center (RLC); as well as by editorials from The Wall Street Journal and RealClearInvestigations.

With more than 5,000 pharmacies, Walmart is the third-largest U.S. pharmacy retailer by prescription revenue (based on 2019 estimated sales), behind CVS Health and Walgreens, according to the Drug Channels Institute. Overall, Walmart is the nation’s fifth-biggest pharmacy by prescription revenue, behind CVS, Walgreens, Cigna/Express Scripts and UnitedHealth Group/OptumRx.