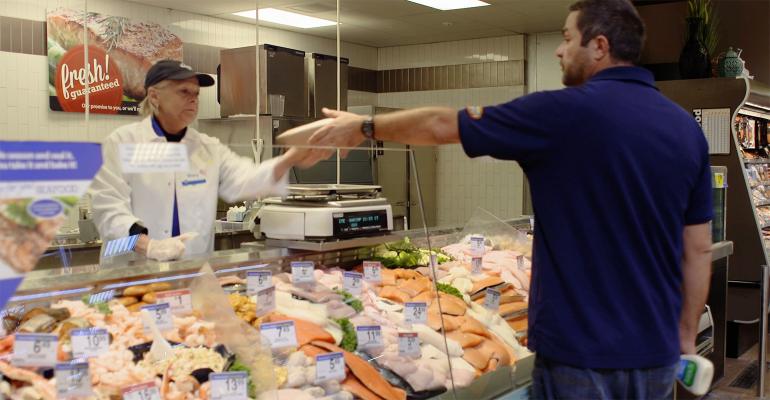 $230M in service and price costs will defend market share, but ding margins

Acknowledging the need to defend market share amid “upheaval” in the food retailing industry Kroger Co. on Thursday revealed its fiscal year earnings would be about 9% lower than initially forecast to account for new investments in pricing and service, as well as new margin pressure due to reinflation.

The investments, which include higher starting wages and more hours in service departments in some markets; further investment in digital growth; and price cuts, represent about $230 million, Loop Capital analyst Andrew Wolf told SN in an interview. In addition, Kroger said it would realize non-cash inventory charges that are higher than expected as a result of the transition from deflation to inflation.

“We know there is a lot of upheaval in the food retail industry. Our strategy is to focus on our customers,” Rodney McMullen, Kroger’s CEO, said in a conference call discussing first-quarter results Thursday. “As their wants and needs change, we'll be right there with them. We are confident that we will continue winning with our people, our food and the customer experience and we will not lose on price.”

Wolf said Kroger’s actions amounted to a choice to defend market share over earnings, “and in a competitive market, it’s hard to do both.”

For the first quarter, Kroger met sales and earnings expectations, with comparable-store sales down by 0.2%, total revenues up by 4.9% to $36.3 billion. However, non-fuel margins were down by 45 basis points to 22.1% of sales, well below the expected range, and expectations for margins of the year will be down by 20 to 30 basis points. Earnings for the year are now expected to be in a range of $1.74 to $1.79 per share, down from earlier expectations of $2.21 to $2.25 per share. The market reacted harshly, sending stock in the grocer down by more 18% by midday.

Officials emphasized that comparable-store sales were positive during the final nine weeks of the quarter and have remained so during the current quarter. Kroger maintained expectations of flat to 1% comp growth for the year.

Kroger said results in the first quarter were impacted by investment in certain markets that according to CFO Mike Schlotman had “very hot features” on milk and eggs. “While this affects gross margin in the short term, it is less expensive than regaining a customer's loyalty later on,” he said.

McMullen said investments to raise starting wage and increase hours in service departments would improve retention and customer service. McMullen said the company is also investing more in digital initiatives. “We believe that customers of the future will want to shop with us for anything, anytime and anywhere.”

In the first quarter, Kroger saw more than 30% growth in new digital customers and a more than 30% increase in digital visits, with faster growth in mobile compared to last year.

“These investments both maintain and enhance our position in our markets. And while it is still early in 2017, we are starting to see some traction,” McMullen said.