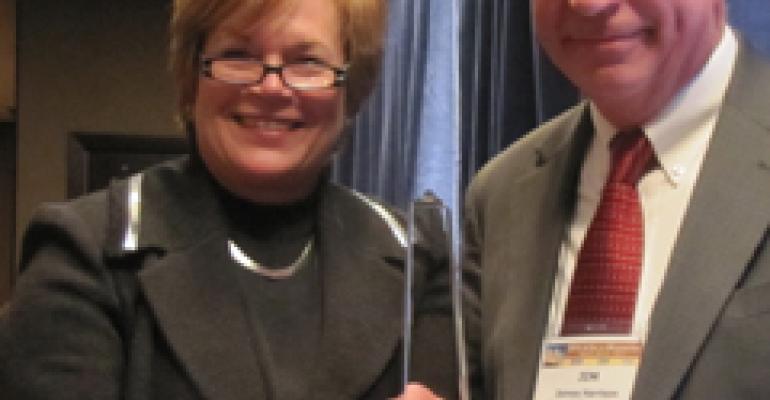 "Jim Harrison has been a compelling and effective industry advocate," said Leslie G. Sarasin, FMI president and chief executive officer, presenting the award. "He has been a true soldier and leader in the debit and credit card interchange fee battle." Vermont last year became the first state to pass an interchange bill that allows merchants to set minimum purchases for the use of credit and debit cards.

Harrison has led the Vermont association for 24 years, representing nearly 700 retailers and more than 240 suppliers to the industry. Other accomplishments include the defeat of a beverage tax and his ongoing work to thwart expansion of the state¹s bottle bill.

The MacManus award, now in its 21st year, recognizes an association executive for extraordinary leadership in public affairs, industry relations and community relations. MacManus served the industry for many years as executive director of the Rocky Mountain Food Dealers Association and as FMI's Western Region director.