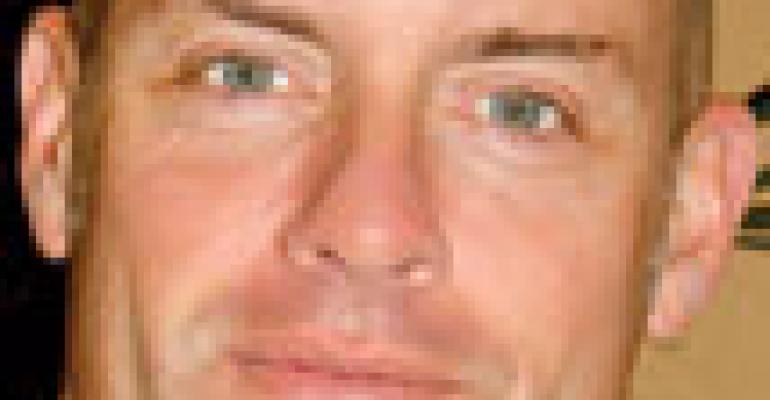 WASHINGTON Legislative activity on some key industry issues such as credit- and debit-card interchange-fee reform could increase at the state level if next month's elections turn out as projected. Basically, you will see a lot of shifting of venue on key issues from the federal level to the state level, said Joe Kefauver, a former vice president of public affairs with Wal-Mart Stores who is now a

WASHINGTON — Legislative activity on some key industry issues such as credit- and debit-card interchange-fee reform could increase at the state level if next month's elections turn out as projected.

“Basically, you will see a lot of shifting of venue on key issues from the federal level to the state level,” said Joe Kefauver, a former vice president of public affairs with Wal-Mart Stores who is now a managing partner at consulting firm Parquet Public Affairs.

In an interview last week with SN, Kefauver projected that Republicans would regain control of the U.S. House — but not the Senate — as well as several state-level governorships, legislatures and attorney general seats.

That shift of power, combined with an overall mood of dissatisfaction with the current government, could be significant for several issues that have been percolating at the federal level for the past two years, such as health care reform.

Kefauver said he expects more states to try to introduce measures that will seek to void the comprehensive health care reform that President Obama and Democrats pushed through Congress this year. Recently, Florida and 19 other states filed a lawsuit challenging so-called “Obamacare,” in part because it mandates that all Americans would be required to buy health insurance.

Similarly, Kefauver said he sees more states taking immigration reform into their own hands as well, emulating what Arizona has done in enacting legislation — since challenged by the federal government — that seeks to give state law-enforcement personnel more powers to identify illegal immigrants.

“I wonder if on immigration and health care, there is going to be any real change, or if it is just going to be a lot of saber-rattling,” he said, noting that those issues have traditionally been the province of the federal government.

However, he noted, interchange-fee reform is one area where states could begin to exert more legislative and regulatory authority, especially given the power and influence of the credit-card industry.

The massive financial reform bill that was signed into law this year includes the so-called Durbin Amendment, which would loosen restrictions on retailers' ability to steer debit-card users toward alternate forms of payment and allow merchants to shop for lower-cost processors, among other changes that retailers have long pushed for.

“Already the card companies have started a fairly robust, 50-state initiative to try to unwind the Durbin Amendment,” Kefauver said. “The credit-card companies are not used to losing, and they will not go quietly. They will try to get as much state jurisdiction back for banking and credit cards as possible, because they think they can affect the outcomes better at the state level than at the federal level.”

Perhaps providing further incentives for credit-card companies on the issue was the antitrust action filed last week by the Department of Justice against Visa, MasterCard and American Express, which the former two agreed to settle by allowing merchants more flexibility to steering customers toward lower-cost forms of payment.

Kefauver cautioned that although widespread Republican victories are expected, it behooves retailers to pay close attention to how that party's traditionally pro-business ideology might play out.

He cited the 2006 elections, when Democrats won control of Congress and “made the mistake of perceiving a mandate from voters to push their agenda.”

“What really happened was that voters were sick of George Bush, Cheney and all the rest of the gang, and I think the Republicans stand to make the same mistake in thinking they can push through their agenda. I think the same dynamic exists where voters are just sick of the whole thing, and if they have to pick one or the other, they are going to pick ‘other.’”

With the Tea Party providing much of the energy on the right, Kefauver cautioned that many of those candidates have won their primaries by campaigning against not only big government, but big business as well.

“I think as business folks, we have to be real conscious of what that means — we need to understand if they win, where they stand.”

He said the general dissatisfaction among the population also could have a paralyzing effect on legislators.

“There will be this perception that there is this angry mob of voters just outside the gate,” Kefauver explained. “So I think there is going to be this tendency among legislators not to take policy risks. In terms of activism, regulatory and legislative, you will see the volume turned down a bit, as politicians are sensitive to the rebuke that will follow big action.”