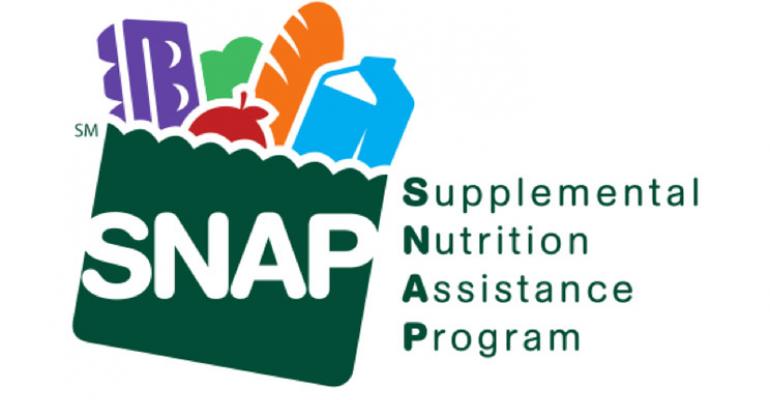 WASHINGTON — Problems with the nation’s Supplemental Nutrition Assistance Program this month appeared to be a series of coincidences with unfortunate timing, as the temporary partial government shutdown, the closure of military commissaries and a technical glitch all converged to cause challenges for retailers and consumers alike.

In addition, the problems arose just as a temporary increase in SNAP benefits is about to expire at the end of October, and beneficiaries will see their allotments reduced by 5.5%.

The reduction, which amounts to $36 for a family of four, according to Food Marketing Institute, is unrelated to the government shutdown. The benefits under SNAP had been increased temporarily as part of the American Recovery and Reinvestment Act that pumped billions of dollars into SNAP, formerly known as the food stamp program.

“As of Nov. 1, those benefits will revert back to what they were before the stimulus,” explained Jennifer Hatcher, senior vice president, government and public affairs, FMI.

Many SNAP recipients had already been concerned by the government shutdown, which occurred at the start of October, when SNAP benefits for the month are loaded onto cards, a period when redemption is normally particularly high anyway.

“We were seeing both ends of the spectrum — some states were seeing limited activity on benefits programs, and others that were seeing massive redemption of benefits,” Hatcher explained.

The apparent confusion — fueled in part by the lack of an available USDA spokesperson due to the shutdown — had prompted FMI to release a statement explaining that the SNAP program was fully funded through October.

Meanwhile, some states, including Utah and North Carolina, temporarily curtailed benefits through the Women, Infants and Children program (WIC) due to the shutdown.

“That kind of thing has an impact all the way through the supply chain,” Hatcher said. “It affects not only the retailer and the consumer, but the farmer who’s supplying the goods, and the supplier that’s getting the goods to the store as well.”

Read more: House Passes Bill With $40B in SNAP Cuts

On top of that, military commissaries were closed at the start of the shutdown, which may have led to speculation that other benefit programs could be suspended as well, Hatcher said.

The commissaries reopened after about a week, when the Department of Defense recalled civilian employees back to work, although they still remain closed one day per week due to the cutbacks that are part of the sequestration launched earlier this year.

Then, on Oct. 12, a computer glitch led to the temporary suspension of SNAP benefits in 17 states, leading many recipients to suspect that the shutdown had resulted in the cancellation of SNAP funds, reports said.

While some retailers quickly switched to a back-up policy of limiting beneficiaries to $50, at least two Wal-Mart stores in Louisiana reportedly allowed shoppers to load their carts, resulting in shelves stripped bare.

Xerox, which supplies technology for the program, said the problem was caused by a power outage during a test of the system.

Infographic: How Consumers Are Weathering the Financial Storm
Oct 16, 2013